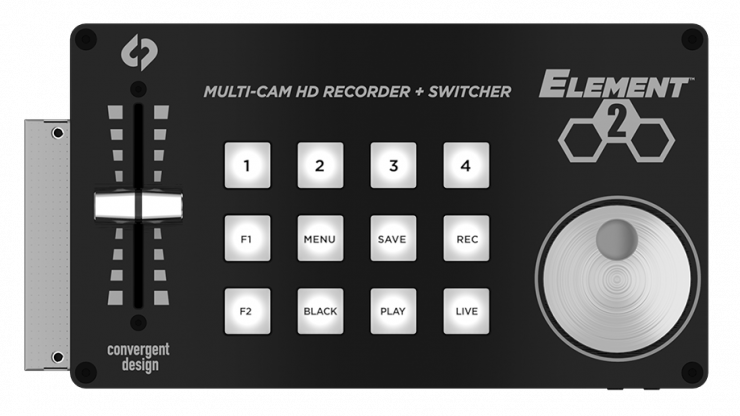 Convergent Design have announced the Element series of multi-camera video recorders and switchers. The Convergent Design Element series have been designed to be simple to use, cost-effective products, tailored specifically to fast turnaround multi-camera video productions. They eliminate time-consuming steps as well providing access to your video footage even while you are still shooting.

The Element range looks like it builds on Convergent Design’s experience with the Apollo live switcher/recorder – but hopefully bringing the quality and reliability of the Apollo to a lower price point. 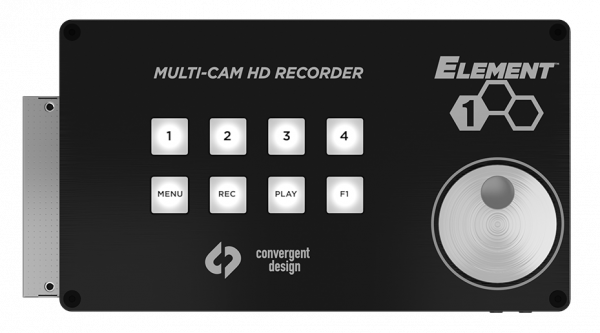 The system works by routing all camera feeds to a single multi-channel recorder, to eliminate many tasks inherent in multicam production such as copying multiple media cards, renaming video clips, re-syncing timecode, transcoding to a common edit-ready codec, and aligning clips to the first frame.

Smaller productions could also benefit from a single-box solution to producing multicam content – if you’re able to pull an Element box out of a case, set it up and go it’s easier to work as a small team without needing a large crew.

Many cameras, one SSD. Or two.

All cameras are recorded as separate feeds to a single SSD to minimise media and data-wrangling costs. Once shooting is complete, the footage is immediately ready for editing, providing access to all video clips with no additional processing steps. A lightweight proxy of the Program Out or Multi-View can simultaneously be recorded to removable USB media. The Element 3 adds a second removable SSD, though whether that’s for speed or redundancy isn’t clear at this point.

Using a multi-processor architecture, Element can transfer compressed video clips over Gigabit Ethernet, while simultaneously recording or playing back four streams of video/audio.

There are three models in the Convergent Design Element range: The Element 1 records multiple HD HDMI-connected cameras to a single SSD; the Element 2 adds a switcher unit and the Element 3 jumps to 4K, dual SSDs and 12G SDI connectors. Price and availability aren’t yet known – we’ll update this article when that information is released.