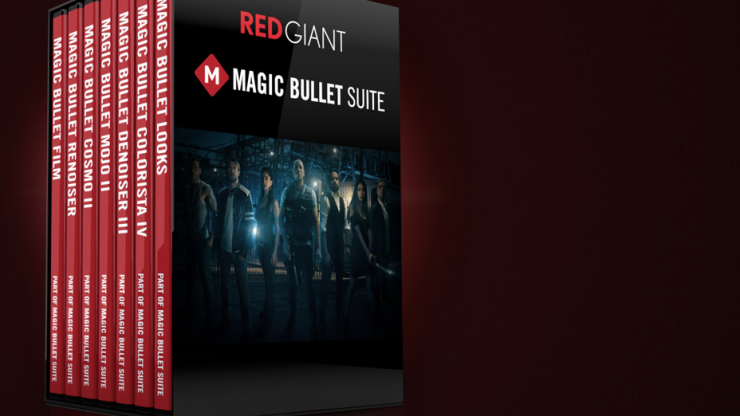 Magic Bullet has been around since 2007, and although we’re now up to Magic Bullet Suite 13, it was arguably the first affordable colour grading option available for NLE systems. Back in 2007 Resolve was still owned by DaVinci Systems and the cost of owning it meant it was only being used in high end post production houses. It wasn’t till 2009 that Blackmagic Design purchased the company and not till 2011 before a free Lite version of Resolve was offered.

I remember when all this was color wheels

I remember using the first version of Magic Bullet with Final Cut 7 on the original 17″ MacBook Pro. Back then it was a revelation, as it offered features that were previously unavailable at the price for editors working on a laptop. It allowed me to make colour correction adjustments and do things like add a vignette, which at the time, was not an easy effect to do.

Move forward 10 years and you have Magic Bullet Suite 13. The Suite consists of:

This latest version of the software includes GPU acceleration and color correction with OpenCL support for real-time playback in Adobe Premiere Pro CC.

Back in the firing line

Having not used Magic Bullet in quite some years I was interested to find out just how it stacked up against other colour grading software and plug-ins that are now available on the market. With a cost of $899 US for the full Magic Bullet Suite 13, it faces very stiff competition from programs like DaVinci Resolve and Color Finale Pro. 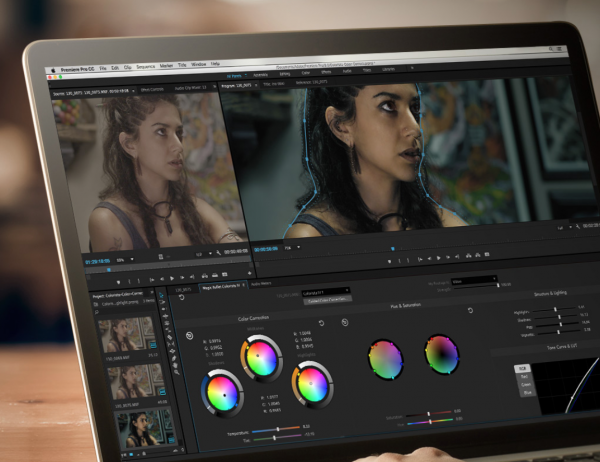 Magic Bullet Suite 13 certainly gives you a lot of very useable software and the ability to not only colour correct and colour grade, but also add noise reduction and do things like smooth out skin with Magic Bullet Cosmo. 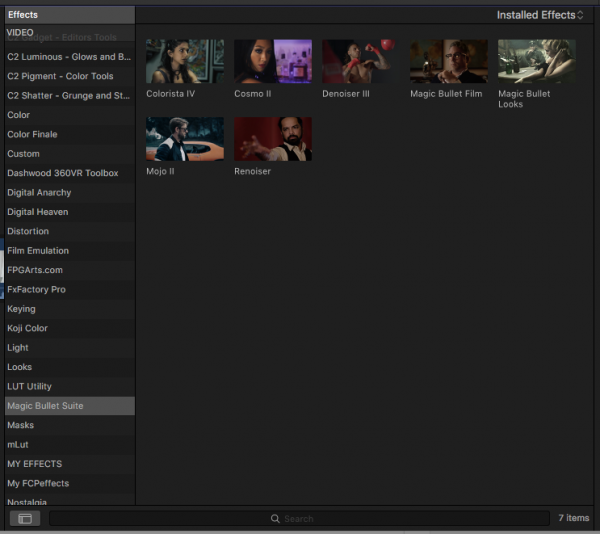 One of the nice things I like about Magic Bullet Suite 13, just like Colour Finale Pro, is that I don’t have to leave FCPX to use any of the features. With DaVinci Resolve you need to round trip, unless of course you choose to edit within the program too.

One suite, many components

Colorista IV offers really nice controls and I find it a really great program to use to get colours just right. The Hue/Saturation adjustment is just one of the many tools I use frequently within Colorista. While Colorista and Magic Bullet Looks may not be as powerful as DaVinci Resolve, a lot of shooters will find that they cover the majority of what they need to do. 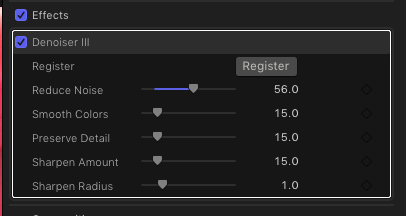 I have tried several Denoiser programs in the past and I was really impressed with Denoiser III. The biggest benefit of the program for the type of work I do is that it is really fast to use and the default settings usually work really well without having to make any adjustments. If you do need to make adjustments there is a set of five simple sliders.

Above you can see an example of Arri C-log footage (with a standard Rec.709 Lut applied) that was shot at 3200 ISO without any noise reduction, and then with the default settings applying Denoiser III. This particular scene is a very difficult one for noise reduction software to work on. With constantly changing lighting conditions you can see that while Denoiser III does a pretty good job, it struggles a bit with the changing light and colour on the man’s jacket.

Denoiser III uses your computers GPU, and on my late 2012 iMac it still takes quite some time to render, but on a faster computer you should experience better results. Adding Denoiser III to footage that was shot at higher ISOs can really make your low light vision stand out and give it a much cleaner look without losing much sharpness. I tried using the software on various other footage from a variety of cameras and I got pretty good results. Like anything, you need to use restraint – if you add too much your footage will start to look horrible. Less is more is definitely the way to go here.

Magic Bullet Denoiser III was rewritten entirely from scratch, and is powered by cutting-edge computer vision technology from wrnch, which enables the tool to manipulate pixels and replace noise with what should really be seen in the shot. With their denoising technology, they are teaching the machine to see noise and replace it with what would be seen in the real world. By incorporating computer vision technology into Denoiser III, they are taking the visual complexity of the world and reducing it to an interactive synthetic reality. Essentially, what Augmented Reality does in real time, they have now enabled in post-production.

Denoiser III can process just about any type of footage you could imagine, be it old stock footage, video from a cell phone, film, or digital video. The great thing about the program is that the underlying wrnch AI makes the plugin almost fully automatic. Denoiser senses the footage and tunes the denoising algorithm to achieve optimal results.

Magic Bullet Cosmo II is a nice plugin to use especially when you are shooting talent in 4K or higher resolutions with a sharp lens. If you aren’t using diffusion and are shooting with a sharp lens, it can be less than flattering to peoples’ faces. No-one wants to see every pore on your subject’s face. Using a product like Cosmo can help soften up skin without making the face look soft.

In the selection controls you can see and control the skin selection so that you can be sure you are editing your subject, not your background. This is important when using a product like this as you don’t want to be making changes to something outside of the specific areas you have targeted.

I found the program quick and easy to use. For the occasional times when I want to make my subject look a little less harsh it works really well. Above you can see a quick before and after example from using Cosmo II. 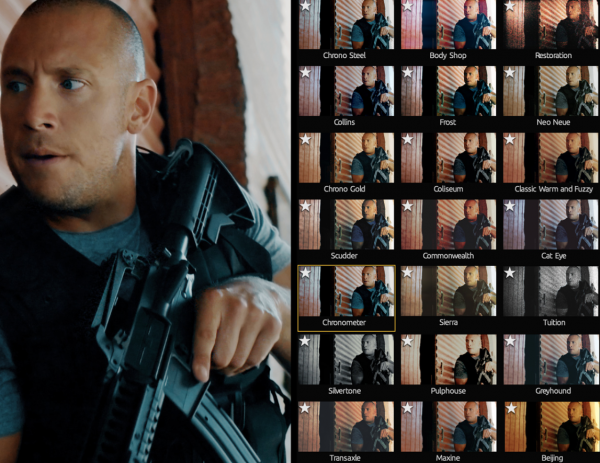 For a lot of shooters who are not full time editors, the $899 US price tag for the full Magic Bullet Suite 13 Suite may seem very steep when you compare it to programs such as the free version of DaVinci Resolve. It does however offer an awful lot of creative options, and you don’t need to round trip between programs to use it. To be honest I think if you are a shooter who edits I think you may well be better served just buying a few of the plugins individually and not the whole suite. If you are primarily an editor though, then buying the whole suite certainly might make more sense.

I like the idea of not having to leave my editing software to use any of the products. The individual items within Magic Bullet Suite 13 offer some very powerful tools that, most importantly, are very easy to use. It certainly isn’t for everyone, but for those looking for a convenient, easy to learn set of software it is definitely worth downloading the free trial and giving it a go.