The handheld gimbal has really taken off in the last few years and with every new release comes more features and better performance. Gudsen today announced their first hybrid/DSLR capable handheld gimbal, the MOZA Air. It has a lot of the same features as the MOZA Lite 2 but with an enhanced appearance and improved stabilization performance. I like that the camera sled is attached to the right side of gimbal’s pitch motor so it doesn’t block the HDMI and audio ports on the camera. 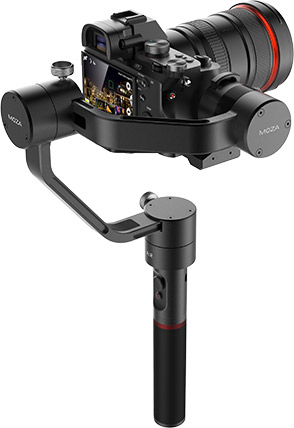 The MOZA Air is made from aluminum, making the gimbal light: 2.4 lbs (1.1kgs). The MOZA Air is designed for mirrorless and DSLR cameras and has a maximum payload of 5.5lbs\2.5 kgs. 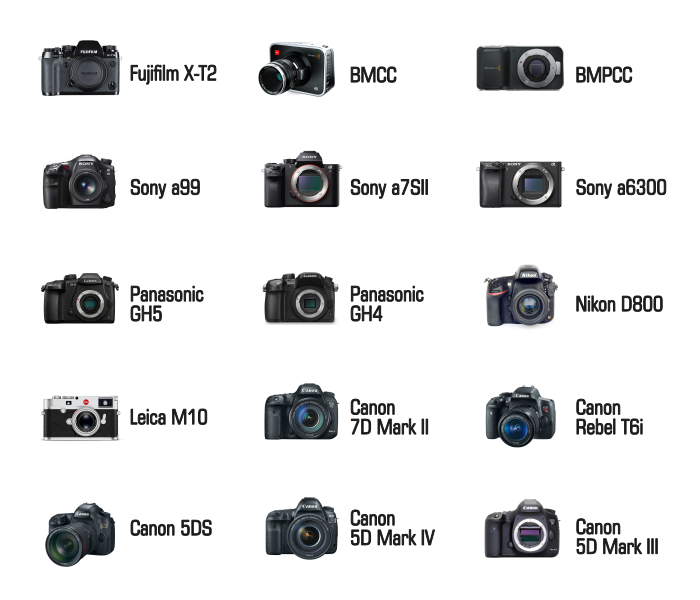 The MOZA Air can cope with the Sony a7 and a6000 line, Panasonic GHx, Blackmagic Cinema and Pocket, and Canon’s smaller DSLR’s like the Rebels and 5D. Basically if the camera and lens combo comes in at or under 5.5lbs\2.5 kgs you’re good to go. As with all gimbals, use a shorter lens for better balancing and performance and preferably a zoom that doesn’t extend so you won’t have to rebalance if you change focal length. That’s your gimbal tip of the day. 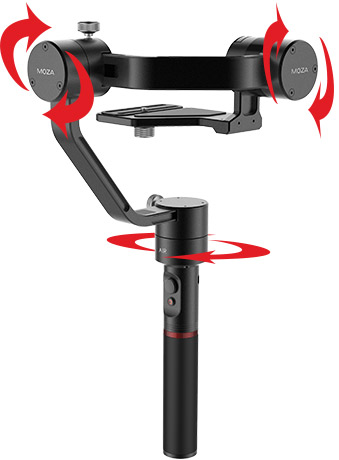 The MOZA Air uses magnetic encoders with slip-ring technology. This type of slip-ring is used in robotic joints which allows the gimbal to rotate 360 degrees with no exposed wires. 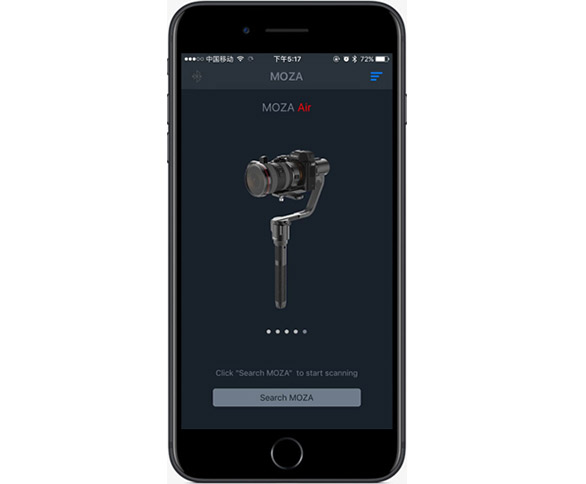 A range of options are opened up by the MOZA Assistant app that connects to the Air via Bluetooth. The gimbal can be calibrated, controlled remotely by another user and the built in motion timelapse feature can be activated. Currently iOS APP, PC and Mac software packages are available. 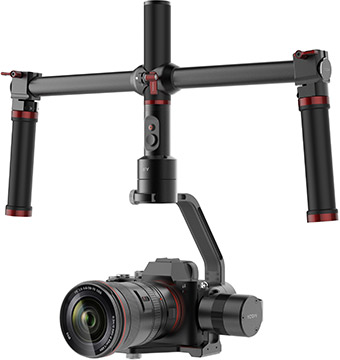 The MOZA Air comes with dual handles for more stability – I think this is a nice feature. I use the handles on my gimbal like this and it makes a big difference in how I can control moves.

A wireless remote (sold separately for $199 US) can be attached to the handles to control the gimbal operation. I do think it would have been nice to include the remote in the kit, however it’s a considerable extra expense so maybe it’s best left as an add-on for those that will really need it. 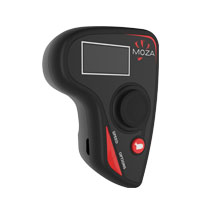 On the bottom is a 1/4″ tap for mounting to tripods, sliders and jibs.

The MOZA Air is powered by three removable lithium batteries with 2000mAh capacity, enough for over four hours of operation. It’s nice that the batteries are removable so you can have a spare set for those long shooting days or remote location where charging isn’t available. 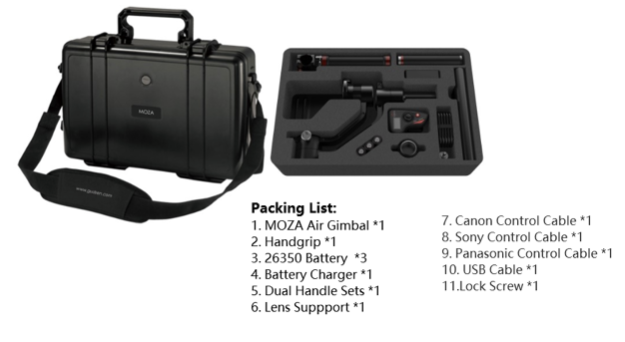 And here is what’s included in the kit:

Stay tuned for more on the MOZA Air

All in all the MOZA Air looks like it has some nice upgrades to the company’s previous models: a solid first entry into the handheld stabilizer market. The retail price for the kit is very competitive at $599 US and I’ll have a demo in for a hands-on review as soon as it’s released. To kickoff the new Air Moza has a giveing away going. Head over to their Facebook page for details.