On the same day as the highly anticipated Panasonic GH5 has started shipping in certain parts of the world, Atomos has announced the $995US HDR 4Kp60 Ninja Inferno. 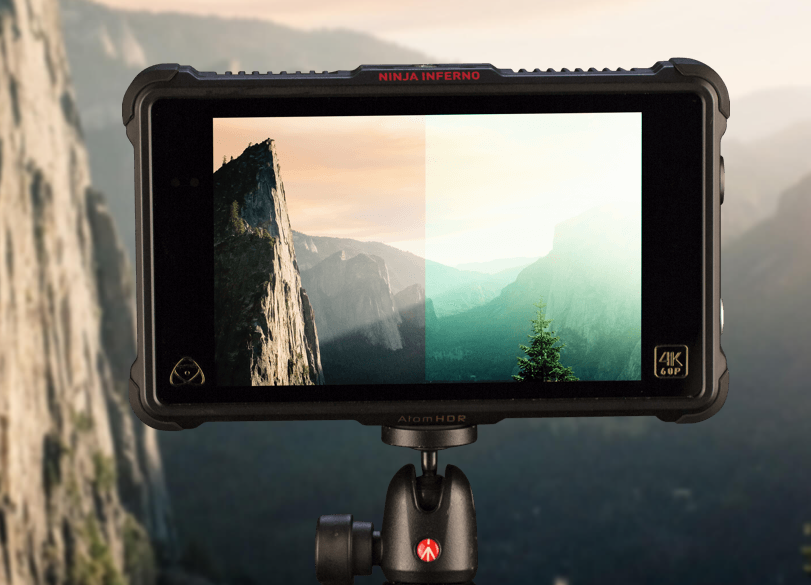 Even though the GH5 is capable of internally recording UHD 60p in camera, it can only do so in 4:2:0 8 bit. It will however output UHD 60p in 10bit 4:2:2 over HDMI 2.0, where you can record to the Ninja Inferno in either Apple ProRes or Avid DNxHR. If you don’t need to record UHD 60p you can still capture UHD frame rates up to 30p in 4:2:2 10bit internally on the GH5. Currently though the internal bitrate is limited to 150Mbps, until a firmware update later this year allows 400Mbps ALL-I recording. 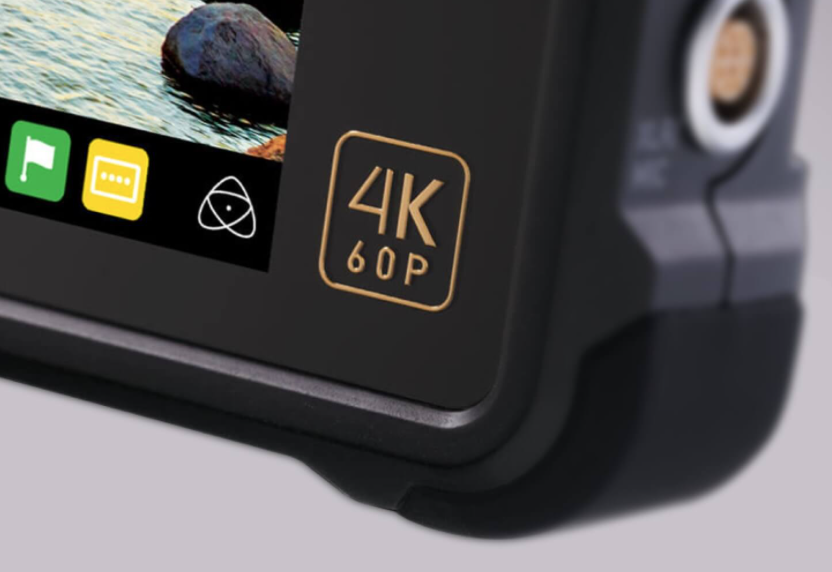 Just like the more expensive Shogun Inferno, the Ninja Inferno has a 7″ 1920×1200 resolution LCD panel with 10-bit processing. The monitor/recorder also uses the AtomHDR engine which gives you up to 1500nits for High Bright Rec709 or HDR PQ/HLG monitoring that is claimed to be able to display 10+ stops of dynamic range. The Ninja Inferno features a full-size HDMI 2.0 connection. It also comes with a balanced XLR input capable of supplying 48V Phantom Power.

The Ninja Inferno looks to be a good complement to any camera that can output 4K over HDMI, and should be of interest to potential GH5 buyers, despite it’s large size. The Ninja Inferno is now shipping for $995 US. 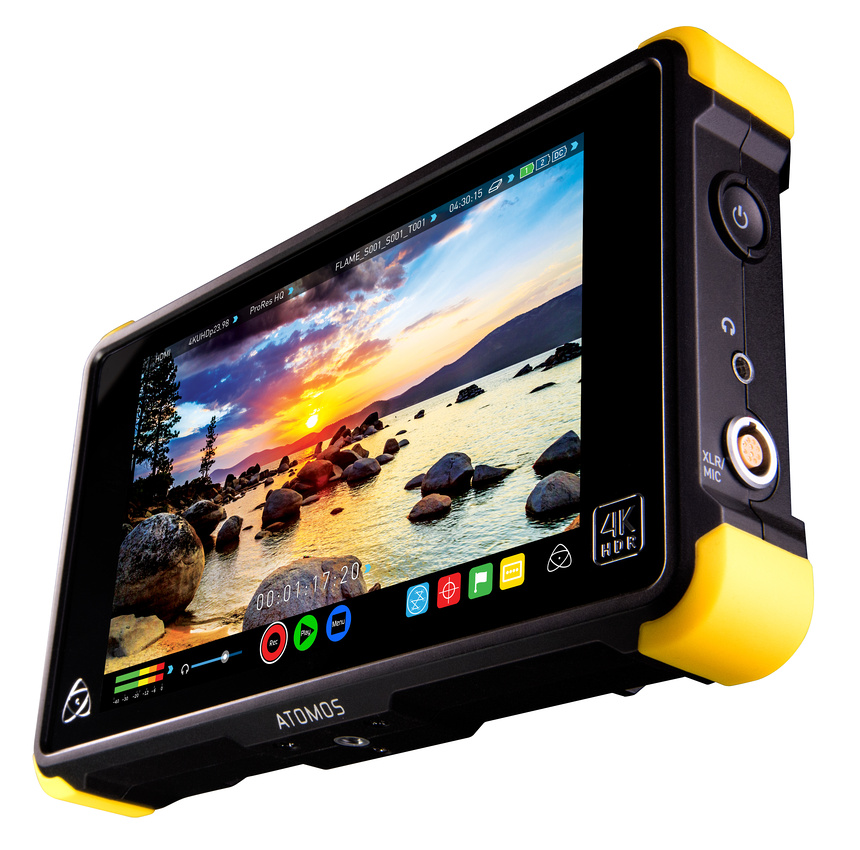 Atomos have also decided to lower the price on the Shogun Flame by $700 US and the Ninja Flame by $500 US. The Shogun Flame and Ninja Flame are now $995 US and $795 US respectively (both models ship with mains power supply, recording caddy & travel case. The Shogun Flame also ships with an XLR breakout cable). To complement all models in the line-up, Atomos have developed an accessory kit and power kit that provide users with everything needed to power, control, dock, charge and safely carry the units. The flagship Shogun Inferno continues to ship as is today and does not get a price reduction.