At the BVE show Japanese company Lancerlink were showing their Skywave Solaris UltraHD wireless transmitter and receiver system. This is the first semi-affordable 4K UHD transmission system I have seen. It transits UHD at up to 30fps in 4:2:0. The unit is HDMI only and has a price of £1000.

It works on the 5.2 – 5.8Ghz range and has a claimed maximum range of 120m. Like other wireless systems I would expect this range to decrease if there are any objects or walls in the way. It runs on 12v and can be mains of battery powered.

The big downside is that the Skywave Solaris UltraHD has a 1.5s delay, which makes it useless for focus pulling or critical shooting. The primary use would therefore be for presentations, events and other uses where this delay is acceptable.

Another thing to note is that I wasn’t actually able to see the transmitter working. Why Lancerlink chose not to demo the units actually working at the show is curious. I would really want to see it working if I were serious about buying one. At the moment I have no way to gauge real world performance. 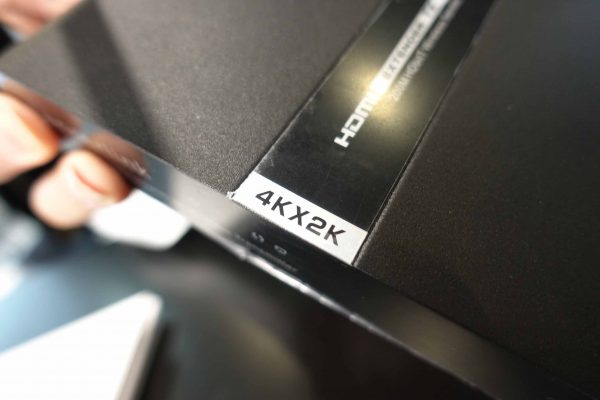 Despite the latency and the lack of a live demo, this product is still significant because its the first time I’ve seen UHD transmission actually offered for this kind of price. For now this isn’t really practical for the type of production I do, but surely it can’t be too long before we see more products like this but with lower delay.

For more info try the Lancerlink website (in Japanese).