We reported on the new SLR Magic 8mm f4 Micro 4/3 lens recently. Designed with drone and gimbal users in mind, it is a low cost, ultra wide angle lens that is light enough to be carried on the DJI X5. It has low distortion and covers the full Micro 4/3 frame size, working on camera like the GH4, GH5 and JVC GY-LS300.

At the BVE show we caught up with Andrew Chan of SLR Magic and had a closer look at the lens. I was able to do a quick test with it on a pre-production GH5 and also on a DJI X5 camera. For fun we also put the GH5 on the Charters Pole to get some aerial views of the show floor.

The lens does not have a conventional focus ring setup. Instead it has a ring with a lock that holds the focus in a specific place. The idea is that you rely on the hyperfocal distance to keep things in focus. Because the lens is a relatively slow f4 maximum aperture, if you lock focus at infinity then everything from a couple of metres to infinity should be in focus. If you move the focus closer to say 80cm, then you should be able to shoot selfies with a reasonable amount of depth of field – you can see this in the video above.

There is a bit of flare on several shots, but I suspect this was due on part to the filter we attached to the front of the lens. 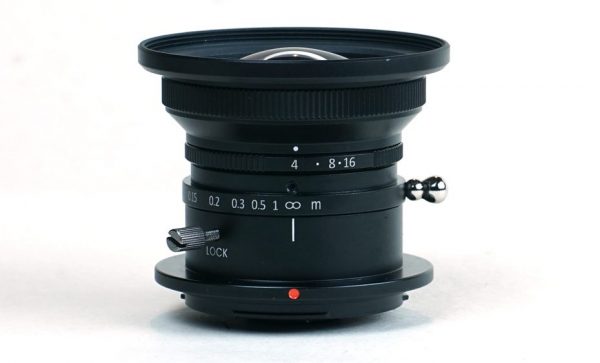 The Charters Pole shots worked remarkably well using just the GH5’s in-body image stabilisation and no brushless gimbal. For quick establishing shots and general views I can see the GH5, 8mm SLR Magic and the Charters Pole being a useful addition to the kit bag.