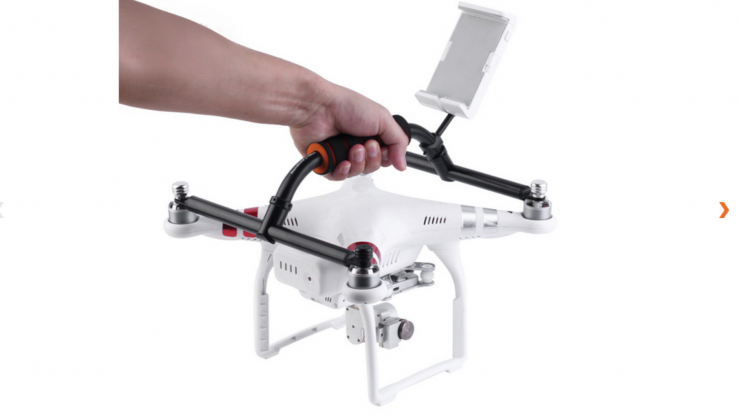 In the past some Phantom owners have used their drones as hand held gimbal by simply holding onto it without powering up the props. If you are searching for a slightly better alternative then this kit from DX.com turns your old DJI Phantom 3 into handheld gimbal.

OK, this isn’t a new product, its been around for some time now. But it is an interesting concept to say the least.

When the kit first came out the thought of risking your shiny DJI Phantom 3 this way may have been quite unappealing. Now that we are several generations of drone along maybe now is the time to recycle that old Phantom 3. 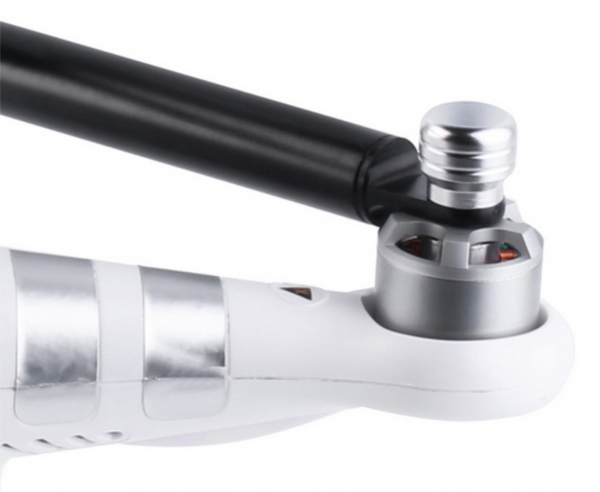 Once you remove the propellers you then screw in a locking mechanism that allows you to attach the mount to the Phantom 3. My concern is that this puts all the weight on the propeller motor points, which could potentially damage the drone over a long period of time. 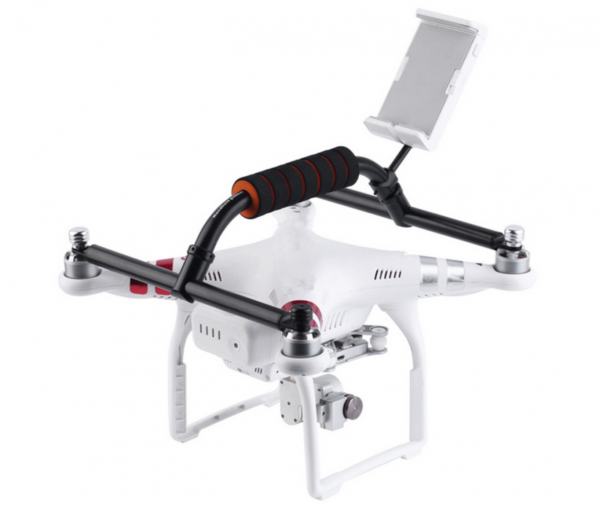 The DIY system has a handle as well as a mounting point for positioning your smartphone or tablet so you can monitor what you are doing. The concept does look a little strange, but in theory it could make for some interesting shots. If you need a drone and a gimbal on a budget, the 3146.76JPY ($31US) price point certainly makes it a lot more affordable option than purchasing a dedicated handheld gimbal. 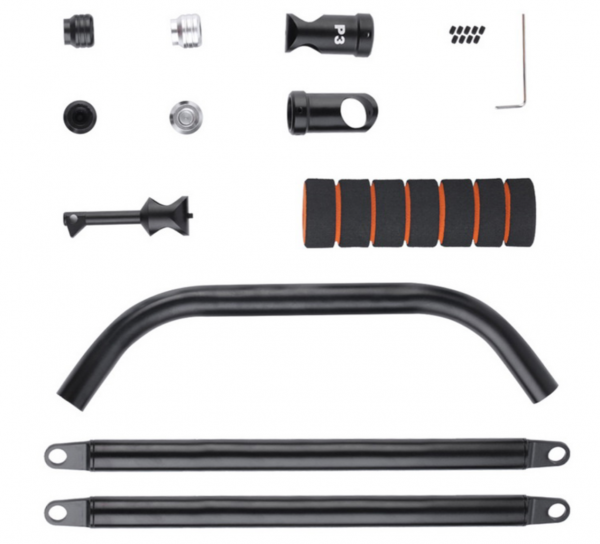 I don’t know how practical the DIY kit would really be (and I’m not about to get a Phantom 3 just to test it), but it does show that there is a market for just about anything and at the price its probably worth a try. If you do have a Phantom 3 and do get the kit, then please do let us know how you get on. 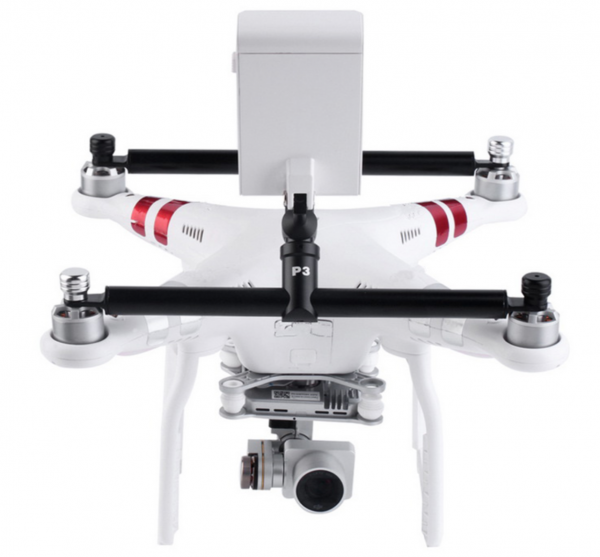 For more information on the kit head over to DX.com.

There are other designs out there like this brightly coloured one from Elephantom. Unlike the DX.com version this one is 3D printed and costs $45. It is much lighter in construction, but has the advantage of being lightweight, quick and easy to break down for transit.

It would be interesting to see if a similar concept could be designed to work with the Inspire 2, and other drones that offer much better image performance than the Phantom 3.

And if you really don’t want to spend anything at all, then check out what one Youtuber did with just three feet of twine and his Phantom.