At the CP+ Show in Japan, iFootage were showing a new range of monopods. The Cobra C120, A180 and A150s incorporate some clever features that make them quite possibly the most versatile monopods on the market today.

The monopods are available in aluminium alloy or carbon fibre. All the iFootage monopods feature a unique, patented, quick release system that allows you to transform the monopod into a minipod for low angle shots. The other benefit of using the quick release system is you can attach multiple monopods together to create a very long monopod for those times when you need a elevated high shot. 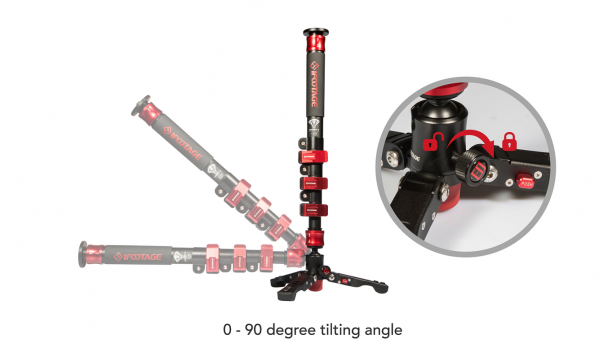 Unlike some other systems the iFootage monopods don’t feature a foot pedal to make quick adjustments. Instead they use an adjustable lever that allows you to move the monopod and lock it off at any angle that you choose.

The feet also use a clever latch design so you can move them into any position you want. This is very handy if you are working on uneven terrain or when you want to use the base with a tripod head to create a minipod. 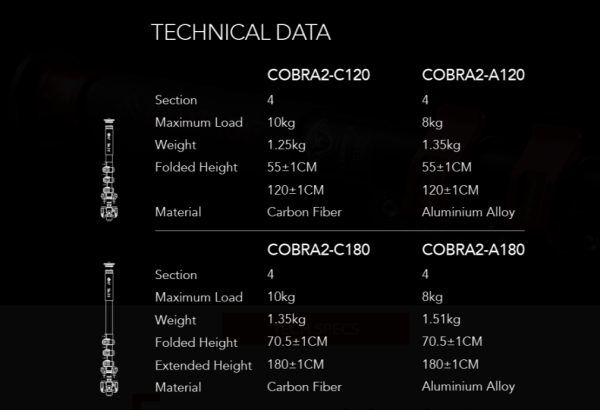 The new iFootage monopods felt solidly made and look to be a good option if you are after a versatile and compact solution for photography or video. The monopods should be available around the 15th March, but there is curently no indication of pricing.