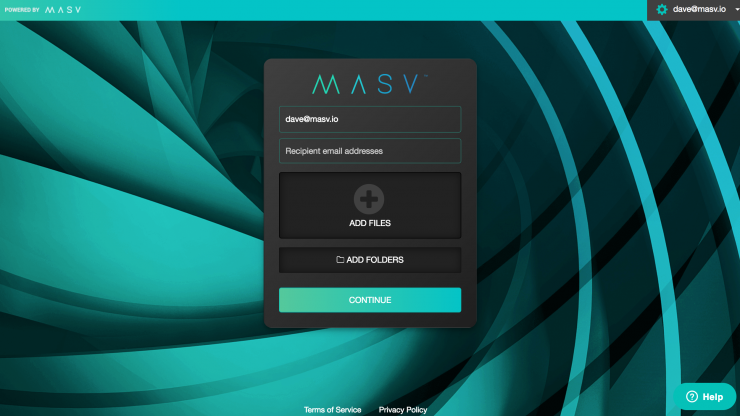 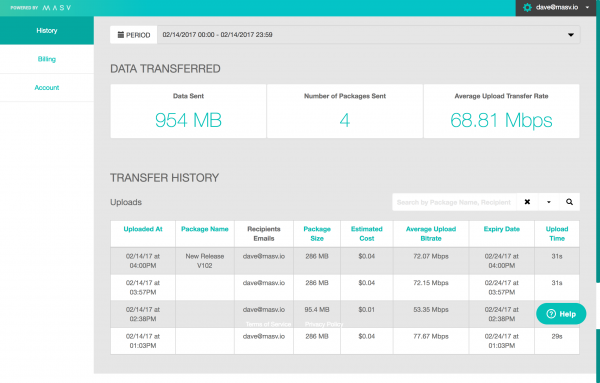 It is amazing just how many times I get asked by clients to put material I have shot on a hard drive and then ship it via courier. With internet speeds constantly improving around the world sending material this way, particularly overseas, seems very antiquated. If you don’t physically send your material via a courier then the only other avenues have been cloud file transfer tools, which can be unpredictable in terms of performance and often restricted to certain file-sizes. MASV Rush was created to solve these problems. 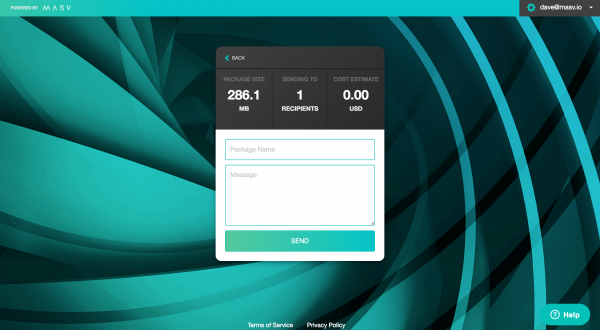 At first glance MASV Rush’s user interface looks simple, and for good reason. If you are just sending files there is no need to overly complicate things. All you want to do is select a file and then send it. After all the whole point of using a program like this is to maximise speed and efficiency. 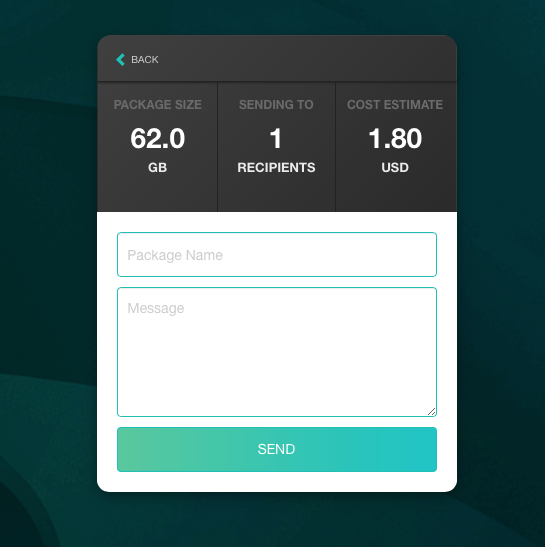 MASV Rush uses a pay-as-you-go pricing model of $0.15 per GB. I like the idea of pay-as-you-go, as you aren’t locked into any contracts or subscription fees, and it means that you only pay for the service when you need it. The interface also tells you exactly how much the cost is going to be before you start sending. As an example if you send a 60GB file it is going to cost you $9 US. If you take into account how much it is to purchase a hard drive and the associated courier costs, you can see how a service like this makes a lot of sense.

The browser-only HTML5 application requires no software installation, instead allocating bandwidth to users based on the speed of their internet connection to guarantee file transfer results that are as fast and predictable as any UDP-based solution. With no file size limitations or transfer speed caps, MASV Rush can transfer even the largest RAW video files or file sets quickly and securely. 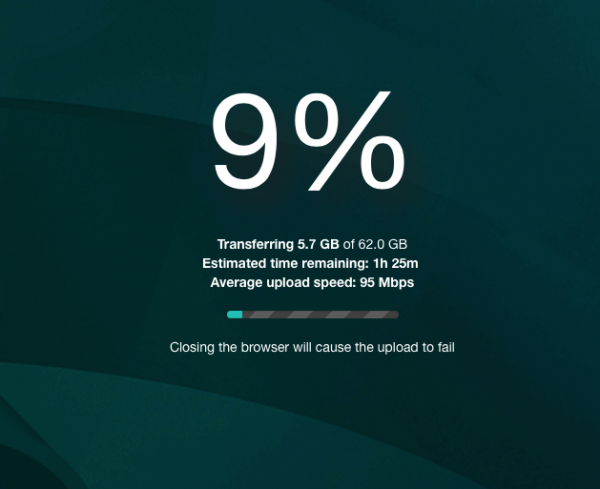 Prior to launching its service, MASV Rush underwent an extensive beta testing process with more than 150 users in the video production space.

I have also been testing the service and I have been very impressed with the transfer speeds. I was routinely getting rates of over 90Mbps which is extremely fast. Of course the speed is entirely going to depend on your internet connection. What you also have to keep in mind is that whoever you are sending the file to still has to download it at their end. 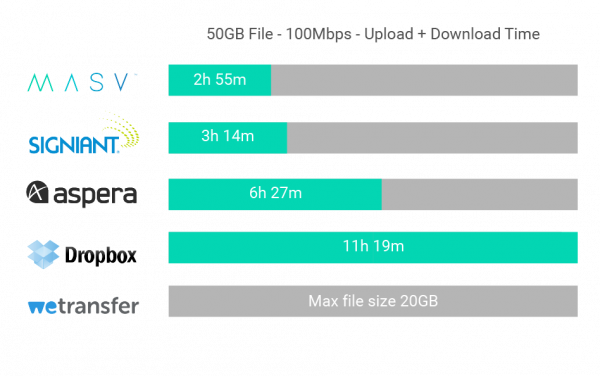 MASV.io claim that compared to other transfer methods their system is considerably faster. From the testing I have been conducting I found that to be very much the case. If you want to try it for yourself, MASV Rush are offering a free 50GB usage trial for a limited time. This can be accessed at http://www.masv.io. Users also receive a complimentary 50GB usage credit for every user they refer to MASV Rush.