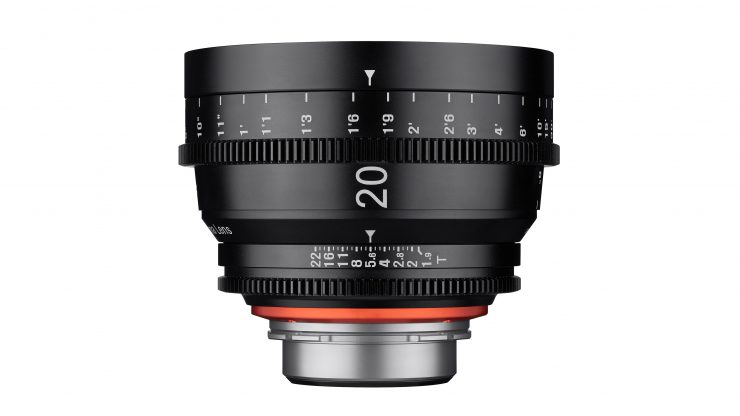 Samyang have today announced the next prime in the XEEN cine lens lineup. The new full-frame 20mm T1.9 matches the other lenses in their range and brings the total number to eight.

The lens has metal construction with geared focus and iris rings in the same position on the barrel as the other its sister lenses.The lens has eleven iris blades for round bokeh and uses the company’s X-Coating technology.

Like the other XEEN lenses it resolves better than 4K and is available in five different lens mounts PL, EF, F, E, and MFT. It can be purchased with either imperial or metric scales.