We’ve featured the Exhauss and Letus Helix Pro gimbal combination on this website before. The exoskeleton, which looks like something straight out of an Alien movie, uses iso-elastic arms to remove the bounce from the operator’s step when walking. Combined with the Helix Pro it supports reasonable sized camera packages. The controls of the Helix allow for reasonably precise moves and the end result is a look that is somewhere between a traditional Steadicam and good handheld work. 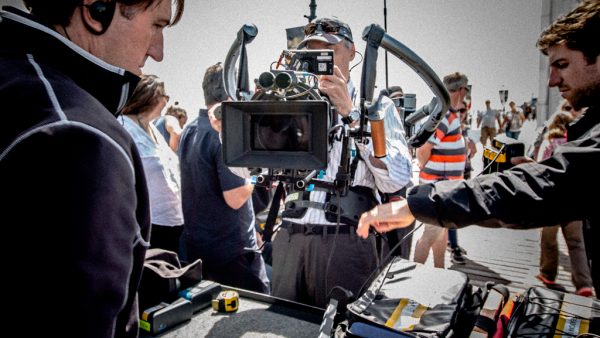 Each time we run a story about the system there are a string of online comments saying that it looks ridiculous and cumbersome. It is true that you probably wouldn’t want to use the Exhauss and Helix combo for a discreet fly-on-the-wall documentary, but there are plenty of instances where it has turned out to be a practical alternative to rival systems. In the UK, several well known DPs have adopted it for major TV drama series. In the video above, Director of Photography Gavin Finney BSC explains why he chose the Exhauss and Helix on a 13-week-long shoot for ITV’s psychological criminal drama Unforgotten. The setup was supplied by UK Letus agent and operator Mr.Helix and carried an ARRI Alexa Mini with a Angenieux cine zoom lens and motors. The final package weighed in at 16.7Kg.

Finney explains how he tested various other gimbal systems before opting for the Exhauss/Helix combo. The whole package was left mainly configured so that it could be taken out of its box and used almost immediately. Finney cites the look of the shots, the speed of operation, the ability to carry larger payloads and the ease with which it can go through doors among the reasons he ultimately chose it. 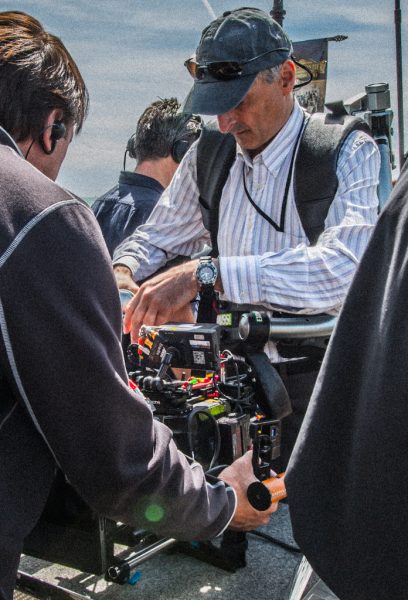 The show’s director Andy Wilson and producer Tim Bradley also praise the system in the video. They didn’t have the budget for a Steadicam for the whole thirteen week shoot and were looking for alternatives. The were impressed with how the Exhauss/Helix setup allowed them to quickly get shots that they envisaged. In the end they actually used the setup to shoot longer narrative scenes and carry out some unique moves that would have been hard to accomplish with other setups.

Another of the main attractions that the DPs we’ve spoken to cite is that, unlike with a Steadicam, they feel able to operate the setup themselves. This makes it easier to translate their vision into a reality.

The behind-the-scenes footage in the video is pretty convincing. Do let us know what you think.