At the CES show Atomos CEO Jeromy Young ran me through the functions of the Atomos Shogun Inferno recorder when combined with the new Panasonic GH5. The combination of GH5 and Inferno gives the option for 4K 10-bit 4:2:2 at 60P external ProRes recording from a prosumer mirrorless camera for the first time. Jeromy also confirmed that you also record 4K 10-bit 4:2:2 at 24,25 and 30P with the older Atomos 4K recorders.

In the video we discuss the additional monitoring and LUT features that the Inferno adds to the camera. It would possible to set one LUT in camera, for viewing on the GH5’s own display and EVF, at the same time as outputting a clean signal to the Inferno – which in turn can have another LUT, or HDR monitoring shown. 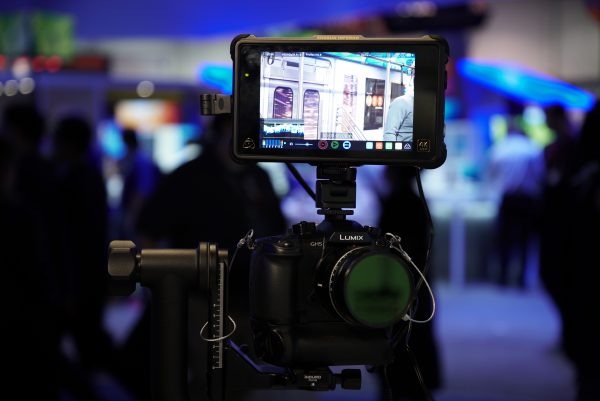 It still isn’t clear what the GH5 will output via HDMI when recording in the high resolution anamorphic mode, or the 6K Photo mode, both of which use the whole 4:3 sensor area. While Panasonic don’t think that the camera will output 6K over HDMI, they couldn’t tell us if 4K or HD output was possible at the same time as recording 6K internally. This would of course be necessary for monitoring externally with a screen or EVF – especially give how hard it is to nail focus when using Anamorphic lenses.

We’ll be keeping a close eye on how the combination of GH5 and external recorders perform in the real world as soon as they are available to test.