This has to be one of the strangest things I have ever seen, Fotodiox Pro have announced a USB charging station that is all contained within a replica of a camera. Called the Mirage Trio, it sounds more like a casino in Las Vegas than a charger. It can simultaneously charge up to three devices and the rear dock can charge Apple or Android phones (with or without a case). An integrated compartment within the replica lens can also charge an Apple Watch, and a full-sized USB jack can charge another USB device of your choosing. 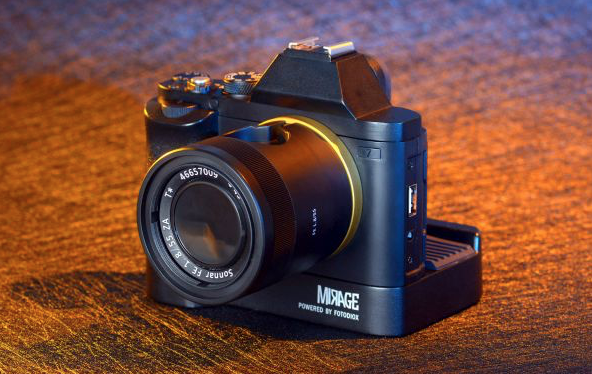 The replica camera has been designed to look like a Sony a7 and if you like you can actually attach a real E mount lens to the front of it (although I am not sure why you would want to). The Mirage Trio is $74US which is very pricey for a 3 port USB charging device. It may make for a good novelty gift for a camera enthusiast but I’m not sure I’d want one for Christmas.