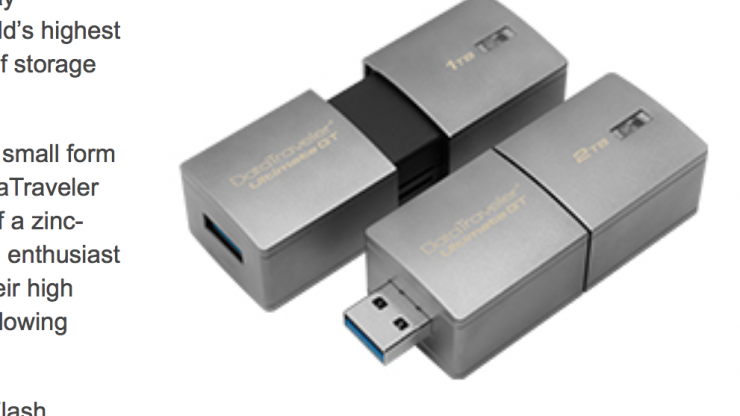 It is quite amazing to think that you will soon be able to keep a tiny flash drive in your pocket that has the ability to store massive amounts of data. You could theoretically walk around with an entire productions data stored on a handful of flash drives. My only concern would be losing the flash drive or forgetting to take it out of your pants when you go to do the washing.

The DataTraveler Ultimate GT is encased in a zinc-alloy metal casing that is claimed to be shock resistant. There is currently no indication on when it will be available or the price, but I wouldn’t expect it to be cheap.