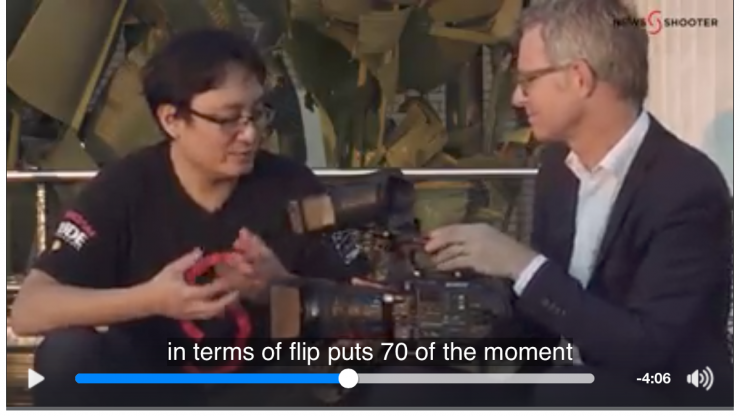 Manually adding subtitles to even a short video can be an incredibly laborious process. But if you’re uploading to Facebook, where the majority of videos are viewed without sound, it can mean the difference between making your videos easily viewable to your audience and, well, not.

Now the company is rolling out an automated function that scans your videos and generates caption files for them automatically. It’s been available for advertisers for a while now but this is the first time regular Page owners have been able to try the tech out ourselves.

In your Page’s Video interface you’ll now see a button to generate captions as well as the existing option to upload a separate .SRT subtitle file. The process of generating the auto captions seems very quick – faster than real time, so much quicker than manual transcription.

I’ve tried it out with Dan’s GH5 interview video and while the idea behind the technology is great, the results are mixed at best. When playing, for example, the captions aren’t displaying at all, which seems like the kind of teething issue a service like this should have ironed out during beta testing.

There are other gremlins too: the system wouldn’t recognise any speech after 6m30s, a problem which I’ve had with another of Dan’s interview videos. But annoying as these issues are, a much bigger problem at the moment is the accuracy of the transcription.

It’s early days, but whatever algorithm is behind the service clearly has a long way to go (although it’s quite accurate with ums and ahs). At times it can offer suggestions more like the surreal creations of Bad Lip Reading than useable transcription.

For the time being if you’re uploading a lot of videos and generating captions for each one the automatic service will only get you so far. If you’re after accurate transcriptions then it’s better to use the Facebook-generated subtitles as a starting point and refine them manually. And you’re currently stuck with the presentation and font that Facebook choose for you.

To be fair the interface does make it clear that you should check through the captions yourself and we can only assume that the system will learn from the massive number of people using Facebook as a video platform.

As a production tool then, Facebook’s automatic captioning seems too hit and miss to recommend using just yet: the service is too buggy and the accuracy just isn’t there. As a direction of travel though, it’s rather exciting, and a hint of what automation will be able to do to help reduce the workload in post-production for the web. I for one welcome our new robot overcoats.