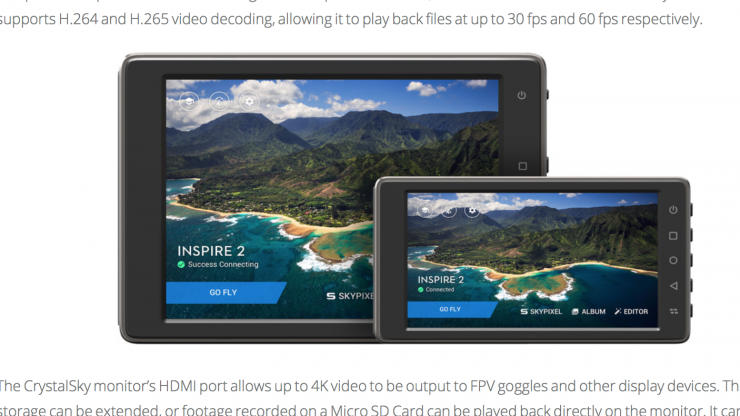 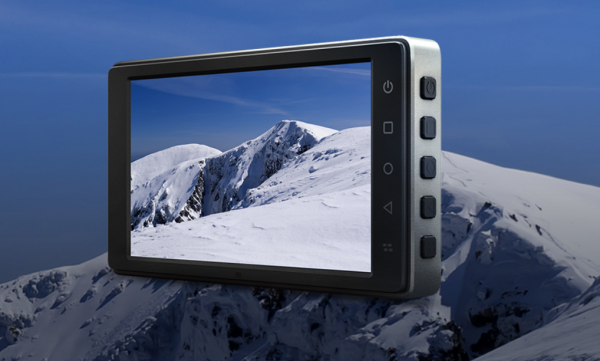 CrystalSky Monitors
Created for outdoor aerial imaging, the CrystalSky monitors (7.85″ and 5.5″) feature an ultra-bright 2000 cd/m² screen that is clearly visible in sunlight. The 2000 cd/m² bright screen is more than four times as bright as typical mobile devices. It is also brighter than the 1500 cd/m² Atomos Shogun/Samurai Flame and Shogun Inferno screens. The resolution of the screens is 2048×1536 for the 7.85″ and 1920×1080 for the 5.5″. The monitors were first announced in November last year, but this is the first time we believe they have been shown to the public. 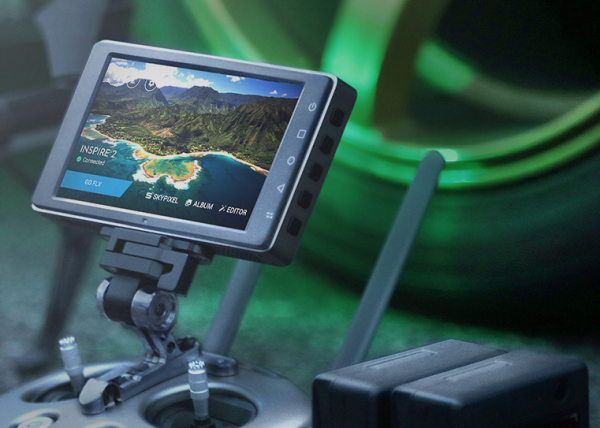 On-screen details are claimed to be clear and sharp, with vibrant colours. Optimized video decoding is used to provide smooth, real-time video with minimal latency. The monitor supports H.264 and H.265 video decoding, allowing it to play back files at up to 30 fps and 60 fps respectively. 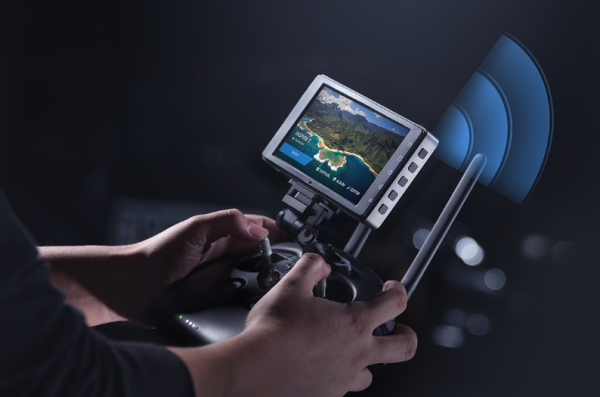 The CrystalSky monitor’s HDMI port allows up to 4K video to be output to FPV goggles and other display devices. The monitor’s storage can be extended, or footage recorded on a Micro SD Card can be played back directly on the monitor. It can also be used for footage backups. The embedded DJI GO app provides full access to all DJI GO features including aircraft parameter adjustment, camera control, footage management, and playback.

The monitors use a two-cell 4920 mAh external battery that are claimed to provide longer operating times than comparable mobile devices. The external battery has been designed for use in extreme temperatures and is able to operate in as low as -4°F (-20°C) and, with its internal cooling system, can function normally in temperatures as high as 104°F (40°C).

The CrystalSky monitors could make for a good alternative to traditional on-camera monitors although unfortunately they only have a HDMI input. They also don’t seem to feature any of the usual camera monitor functions such as peaking, waveforms, false colour, image zoom or zebras. 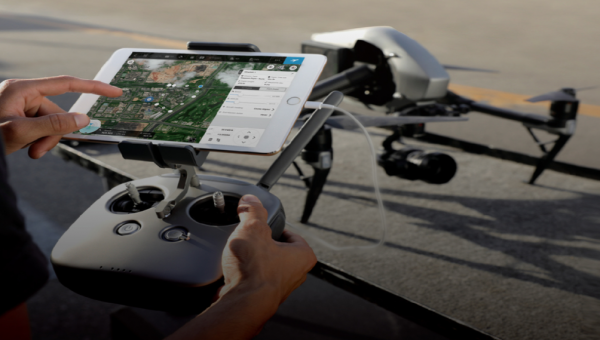 A 3D Map Area function allows the aircraft to generate flight paths after the operator has set their required flight zone and camera parameters. The aircraft will then follow this route throughout its mission. The image data captured during these flights can be input into 3D reconstruction software to generate 3D maps, while the mission itself can be saved for re-use. 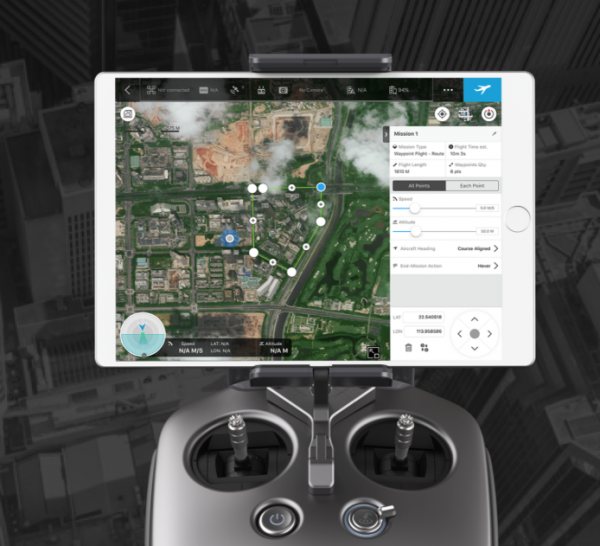 The Tap and Go Waypoint feature allows for up to 99 waypoints per mission and each waypoint can have up to 15 consecutive actions, including aircraft rotation, gimbal pitch, start/stop recording, photo capture, and hover. A Virtual Fence increases safety and ease of use by locking the aircraft’s height and speed within a designated area. As the aircraft approaches the virtual fence, it will brake and hover to ensure it stays within the flight area.

Ground Station Pro is compatible with most DJI aerial platforms and Zenmuse cameras and is available to download for free from the App Store. 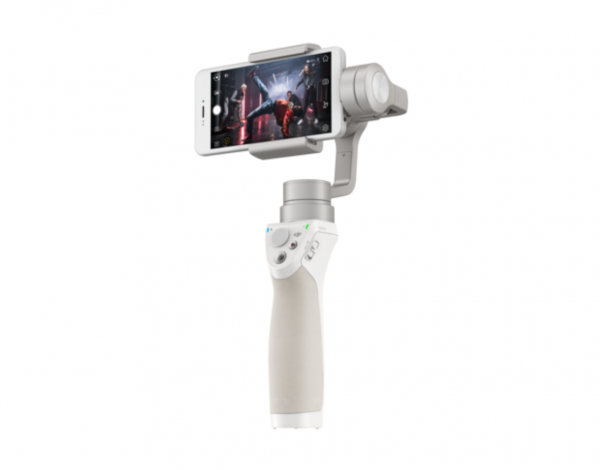 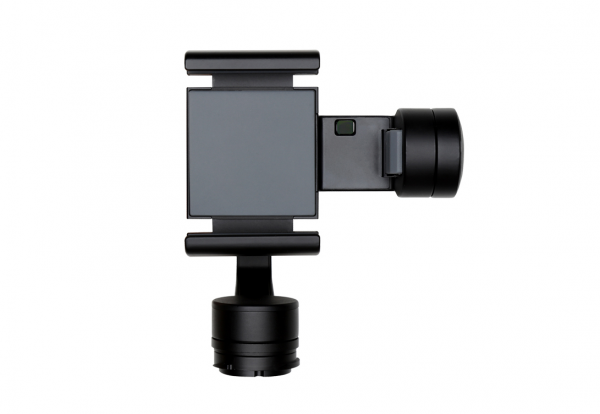 The Zenmuse M1 gimbal will also be made available as an add-on accessory. Similar to the Zenmuse X5 and X5R gimbals, the Zenmuse M1 allows owners of the original Osmo stabilizer to mount a smartphone and take full advantage of their existing Osmo handle. 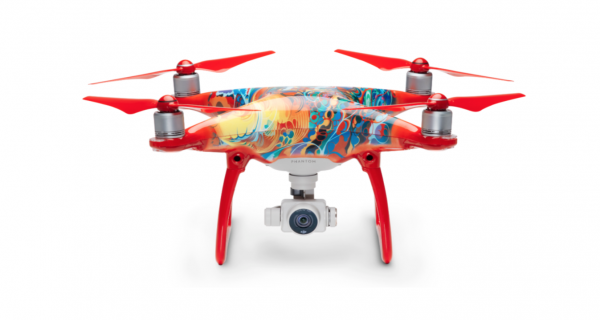 Phantom 4 Chinese New Year Edition
In celebration of Chinese New Year, DJI got renowned illustrator and designer Martin Sati to customize the Phantom 4. Sati’s design features the phoenix as the centerpiece, a symbol of good fortune and happiness in Chinese mythology. The Phantom 4 Chinese New Year Edition’s U.S. retail price will be $1,199 and will be sold exclusively at Apple Stores, DJI Flagship Stores (except Korea), DJI Online Store and Tmall DJI Store. The product will start shipping from January 23.