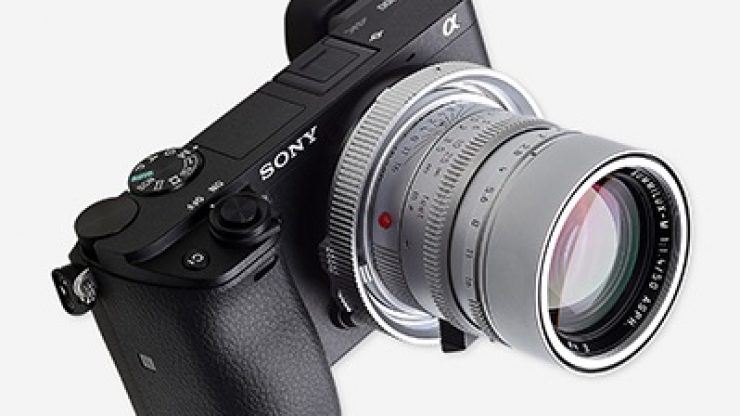 Chinese adapter maker Kipon has announced two new focal length reducers which is designed to reduce the focal length of full-frame Leica M-mount lenses by 0.65x when fitted to Super35 / APS-C Sony E-mount, or Fuji X-mount cameras. This is quite a feat given just how little difference in flange distance there is between M-mount and the Sony and Fuji mirrorless mounts.

The adapter itself consists of five optical elements and was designed by Kipon’s German partner IB/E Optics. It has a tele-centric design with elements that are recessed into the Sony or Fuji lens mount. 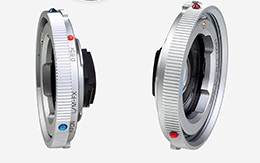 Like other focal length reducing adapters, like those from Metabones, Fotodiox and Aputure, the Kipon Baveyes L/M should result in a ‘speed boost’ of approximately 1-stop. The resulting image from the adapter/lens combo should have a similar field of view on a Super35 / APS-C sensor, as the same taking lens would have mounted on a full-frame camera.

Quite a lot of Leica M lenses, especially wide angles, have rear elements that protrude far into the camera body past the M-mount and towards the sensor. I suspect that some of these will not work with the Baveyes as the lens elements would collide with those of the adapter. Hopefully Kipon will provide a list of compatible M-mount lenses in the near future.

The adapters are priced at $638 US for the E-mount Baveyes L/M-S/E 0.65x and $595 US for the Fuji fit L/M-FUJI X 0.65x. The company also mention that there is a Swarovski crystal decorated onto the adapter surface – presumably this is actually one of the lens location markings, but it isn’t clear from the info given.

These adapters are probably of most interest to users of the Sony FS700, FS5, FS7 or Fuji X-T2. If the quality of the image is good then the adapter opens up quite a few possibilities (although it should be noted that not everyone in the filmmaking community is a fan of focal length reducers). Leica’s M lenses have a reputation for amazing optical quality coupled with a signature look. Other M mount options come from companies like Zeiss and Voigtlander, plus there are also many vintage Leica screw mount lenses that can be adapted.

The adapter can also be used on the Sony a7R II (in Super35 mode), a6000, a6300 and a6500, although there is much less of an incentive to use the adapter on these cameras. It would be a lot simpler to use an a7S or a7S II instead as it is already full frame.

For more details keep an eye in the Kipon website.