MustHD, a field monitor manufacturer which has been the OEM producer for other companies for years, is bringing out a new line of monitors under their own name.

The MustHD Hyper-Brite M703S is a 7″ sunlight-visible 1920×1200 monitor which will take a 4K input and runs off brick batteries.

The monitor has 3GSDI and HDMI loop-through inputs, an aluminum chassis and boasts 2,200cd/m² (2,200 nits) brightness, which they claim is the brightest available. To put this into perspective the popular Atomos Flame series recorder/monitors have a claimed brightness of 1,500 nits, and an iPhone6s is somewhere around 550 nits.

Like other high brightness panels it is an IPS design, not an OLED.

They had the monitor displayed under a very bright industrial shop light, and the image was very clear. The screen is made from Gorilla Glass, which they claim resists breakage. Aside from some minor reflections, the screen was visible from any angle. 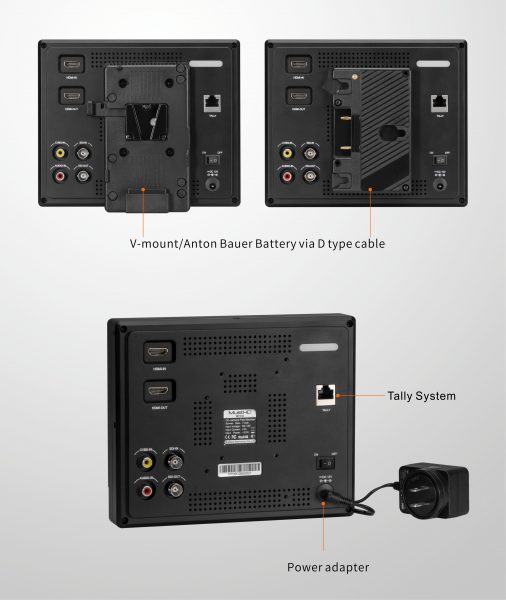 The monitor has focus peaking in red, green, or blue outlines; false color, histogram, and zebra exposure aids; and a connection for a tally light. It also has audio meters, aspect markers, and aspect ratio cropping.

You can find out more on the MustHD website.