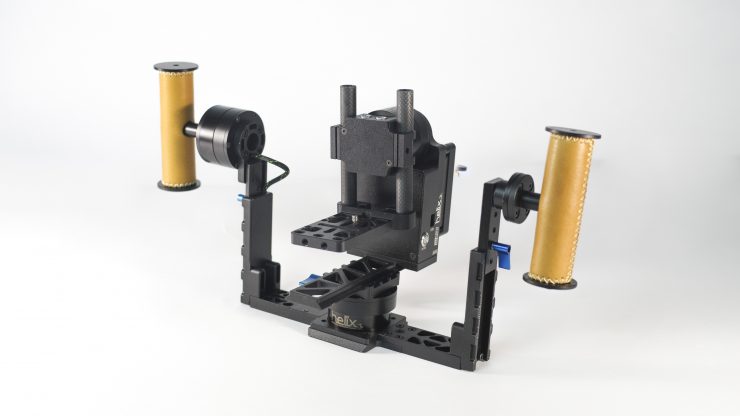 Encoders have become increasingly common on brushless gimbal motors. These digital devices communicate the position of the motor back to the gimbal’s ‘brain’. You may have seen conventional brushless gimbals occasionally losing their synchronisation and wandering off course. Encoders can prevent a motor from losing its position when bumped or moved too aggressively, allowing it to quickly correct itself. If you do want to make a rapid panning move the encoders give an instant increase in torque, making it easier to do. Encoders can also dramatically increase battery life, as we’ve seen on several gimbal models recently.

Letus’ unique gimbals use slip rings that allow the motors to freely rotate and roll through 360 degrees. This unrestricted motion has been one of the Helix range’s key selling points and separates the system from others on the market. Until recently, Letus haven’t been able to combine this slip ring technology with encoders without losing the 360 degree roll capability. 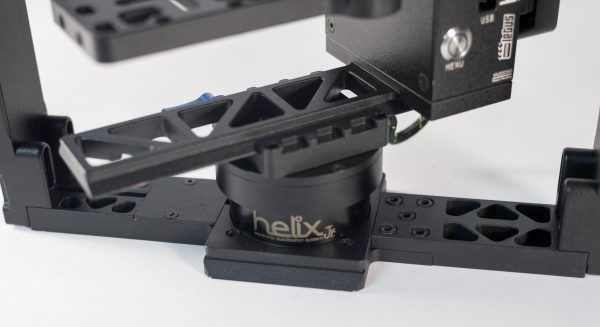 The good news is that they have now managed to combine the two. This is how the company explains it:

“Slip ring technology has been readily available on the market and so has encoder technology. Putting these two technologies together, however, posed a unique challenge. Both compete for the prime real estate in a motor: the rotational center.  To implement encoders meant giving up the slip ring that gave the Helix its 360 degree roll capability, not available with any other gimbal on the market.

We were pretty determined not to lose that feature, even if it meant that we might have to miss out on what encoders could add to the Helix, but after more than a year of R&D, a number of sleepless nights, and plenty of scattered bits and bobs around the office, we’ve come up with a rather ingenious solution that combines these two features: an encoded circuit board that doubles as a slip ring. With this breakthrough, we can now offer all Letus Helixes with encoded motors.”

The encoders will be available from today as a $500 US option for the standard Helix and 3-axis Helix Jr. models. Single axis Helix Pro and Junior models designed for use on Steadicams will only be available as encoded versions from now on – with no change in pricing. 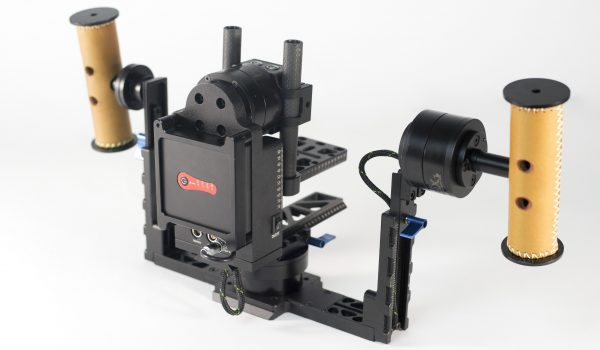 Another bit of good news is that older Non-encoded Helix Jr. or standard Helixes can be upgraded to encoded motors for $1,000. This includes new motors with custom slip ring/encoded circuit boards, encoded controller main board and labour. You will of course have to return you Helix to Letus for the upgrade to take place.

Lastly the standard Aluminium Helix is being phased out. The lighter Helix Magnesium model is being reduced by $500 to $3500 and effectively becomes the new standard Helix.

There is also a special introductory discount that runs from now until the end of the year. Letus is offering a $300 US discount to early adopters of encoded Helixes, bringing the premium on one of the encoded standard Helix or Helix Jr. to just $200 US more than the regular one.

What advantages to encoders bring to the Helix?