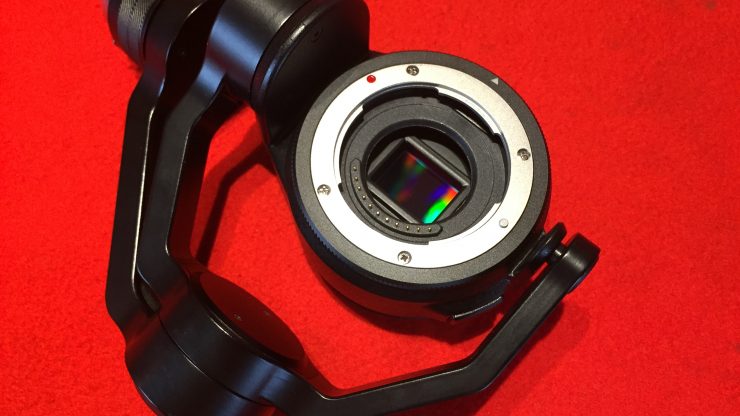 We’ve gone into some detail about the Inspire 2 on Newsshooter over the past couple of days. One recurring question we’ve been asked is whether the new X5S camera will work on the older Inspire 1 and the current OSMO control grips. Today I attended a DJI event in London where I got to ask more about it.

The simple answer is that the X5S simply won’t work on the older drone and OSMOs. That’s because, in order to give the X5S a lower profile and increased codec choice, DJI have moved the image processing and SSDs away from the camera into the Inspire 2’s airframe. This is a far more elegant and aerodynamic solution than the previous X5 RAW, which had a bulky slice with card slot and processing as part of the gimbal itself. 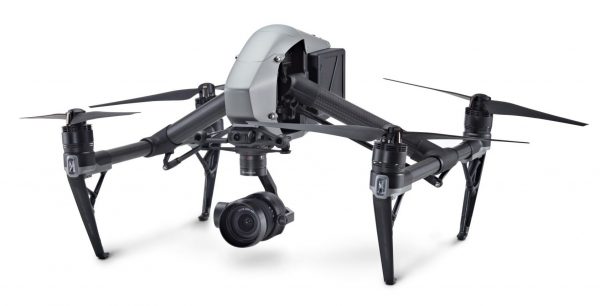 The X5S is very similar in appearance to the current X5, but is even more streamlined. A closer inspection of the X5S shows that the connector to the airframe is different to previous models. It may look similar when mounted, but take it off and you’ll see its been completely redesigned.

For any new OSMO type handheld solution to work the control grip would need to have the new interface, the capability to process the image, and accept DJI’s solid state disks. DJI weren’t willing to say if they have such a grip in the works, but I suspect they will have a solution in the not too distant future. I wouldn’t expect it to be cheap though as it needs to completely replicate a lot of the hardware in the Inspire 2. It might actually be a lot more cost effective to simply hold the Inspire 2 as they did in DJI’s short film ‘The Circle’ – although perhaps a little impractical for most news and documentary shooters.

The sensor in the X5S is a new 20.8 megapixel Micro Four Thirds type for which DJI claim 12.8 stops of dynamic range. There was talk in the initial release of a mechanical shutter to reduce rolling shutter, but we have now believe that this refers only to stills mode, and not video operation. DJI don’t say who makes this sensor, but it’s specifications are similar to the latest generation of Sony M4/3 sensors seen in other mirrorless cameras.

I look forward to seeing more detailed image testing in the coming weeks. It is however to DJI’s credit that they have managed to do something that the mainstream camera makers have studiously refused to do – offer 5.2K Raw processing with ProRes options for the M4/3 sensor size. Thanks to DJI we now know just how far you can push these tiny sensors and Panasonic, Olympus and Blackmagic should take note.

I also asked DJI for more detail on the remote focus and autofocus systems of the X5S, but sadly couldn’t get any answers today. It would be great if the X5S could actually autofocus continuously and smoothly, but so far this seems unlikely and there has been no mention of anything clever like phase detect AF on any of the briefing material I’ve seen. Tapping the screen would seem to be the standard way to achieve sharp focus. For many drone users this won’t be too much of a problem as they are shooting at, or near infinity much of the time. If you are using the X5S nearer to ground then it looks like manual focussing using DJI wireless remote focus system would be the best option – as effectively demonstrated in ‘The Circle’.