At the Interbee show in Japan, DJI had their newly announced Inspire 2 on display and were even giving flying demonstrations inside a giant cage. 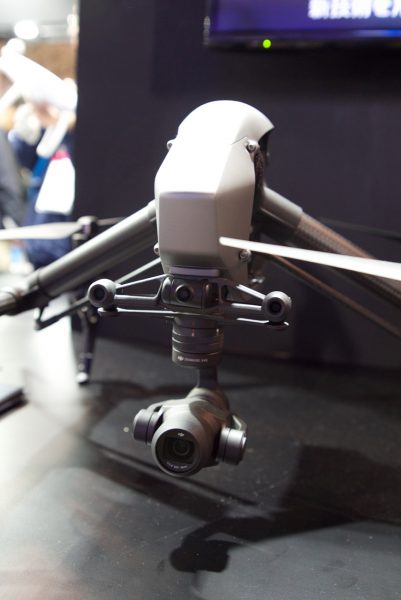 While we have already covered the Inspire 2 announcement quite thoroughly on the site I was keen to see the differences when compared to the Inspire 1. 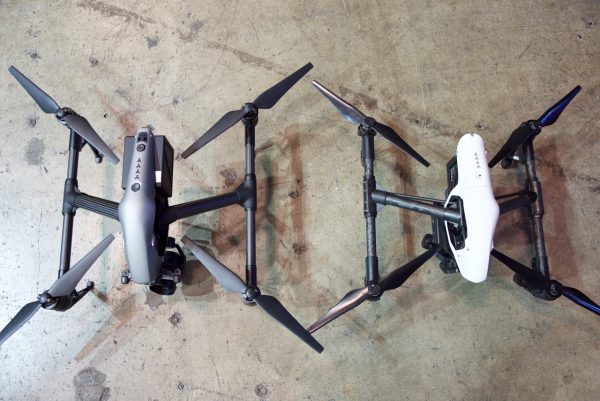 Apart from the dark grey colouring the Inspire 2 looks very similar to the Inspire 1 on the outside. At first glance the only real noticeable difference is that the Inspire 2 is slightly more streamlined. In terms of physical size and weight they are pretty similar.

Most of the big improvements over the Inspire 1 are under the hood. The Inspire 2 takes just about everything that was good about the Inspire 1 and improves on it. There is an all-new image processing system that can record at up to 5.2K in CinemaDNG RAW, as well as the option of recording in ProRes up to 4444XQ. Another nice option is the ability to record H.265 MP Level 5.1: 4K 30fps at 100Mbps. 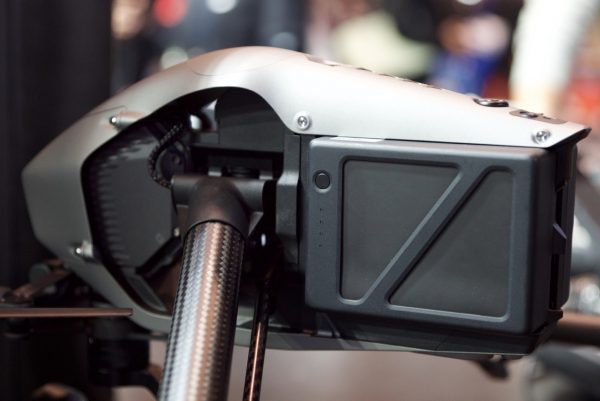 The Inspire 2 is also faster and can go from 0 to 50mph (80kph) in just four seconds and hits a maximum speed of 67mph (108kph). By adding a dual battery system DJI has also prolonged the flight time to a maximum of 27 minutes (with an X4S). Another new introduction is self-heating technology for the batteries that allows it to fly even in low temperatures. 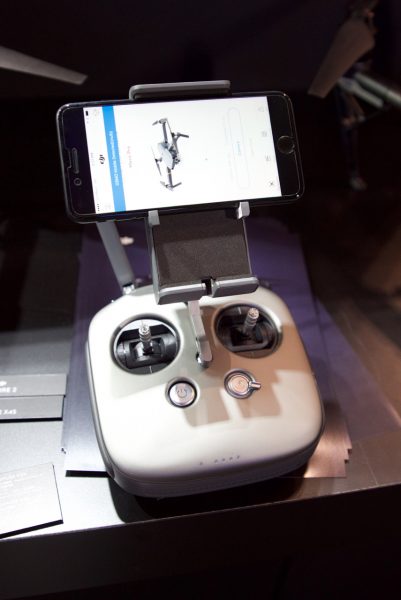 FlightAutonomy has been revised and developed specifically for the Inspire 2, providing two directions of obstacle avoidance and sensor redundancy. There are also new intelligent flight modes, including Spotlight Pro, that allows you to capture complex shots even when operating by yourself.

Like any drone, flying safely is very important. The Inspire 2 has forward and downward vision systems that enable it to detect obstacles up to 30 meters ahead, and at speeds up to 34mph (54kph). Upward facing infrared sensors can scan obstacles 16ft (5m) above the Inspire 2, which is handy when flying indoors or in confined spaces.

When I asked DJI about whether Zenmuse cameras from the Inspire 1 would work on the Inspire 2 I was told, “The previous Zenmuse X series cameras will not work on the Inspire 2 due to some changes in the overall camera gimbal system.” I also tried to find out more about the new mechanical shutter, but it seems there is still only limited information available. DJI could only tell me that, “The mechanical shutter can precisely control the exposure time by blocking unnecessary light signal. Since the CMOS sensor type create image by processing the signal line to line, blocking the sensor can reduce or even eliminate jello effect when taking a picture of a fast moving object.”

The Inspire 2 looked to be well made and with all the new features and upgrades it is certainly putting a very professional package in the hands of a lot more people.