If you’re thinking about upgrading to an HDR-capable Atomos monitor/recorder then there has never been a better time. Starting from today you can get rebates and trade-in deals of up to $500 US. 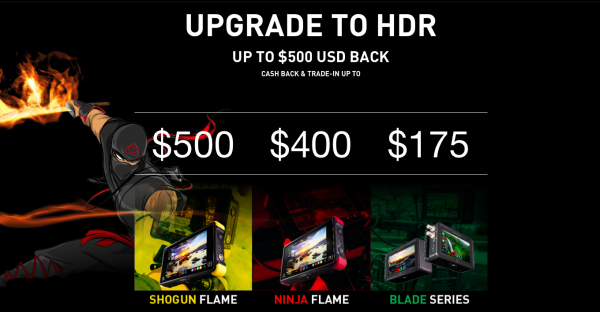 For those users who are still working in HD and have no need for 4K or HDR, Atomos is also offering rebates on older products. Both the Ninja Blade and the Samurai Blade HD recorders are also available with $100 US cash back.

Atomos are also for the first time now offering trade-in deals on their older products to get users to upgrade to the Shogun and Ninja Flames. You can get a trade-in discount, but you can also combine it with the rebate deal to save even more money. For instance if you happen to own an original Shogun you can trade it in and take advantage of the rebate offer to knock $500 US off the price of a Shogun Flame. This combined deal means you can get a brand new Shogun Flame for $1195 US.

You can trade in any legacy product even if it is damaged or not working anymore, but the cashback you will receive depends on the condition of your unit and which model you have. 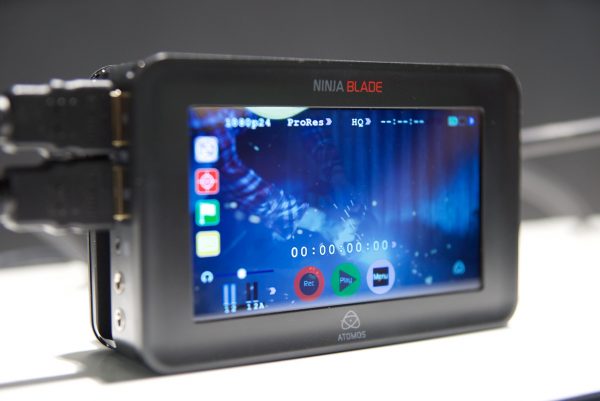 To trade in an existing Atomos product you will have to ship it back yourself and pay that cost. Another option is to take it into your local retailer and they will send it back without you having to pay for shipping costs.

The trade in deal is currently limited to the first 500 units that are sent back in, so if you’re interested in doing it you should act quickly to take advantage of the offer.

The deal runs until 31st January 2017.  For all the rebate and trade in details, terms and conditions head over to the Atomos website.