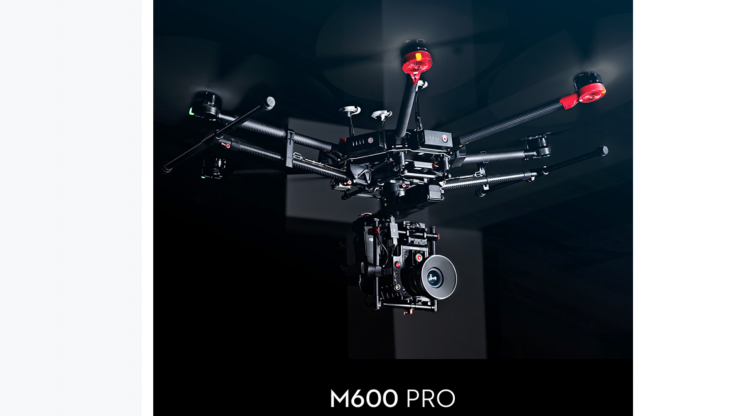 DJI has announced yet another drone, but this time it is a lot larger than the Mavic Pro. The Matrice 600 Pro inherits everything from the M600 with the addition of improved flight performance and better loading capacity. The M600 now comes with pre-installed arms and antennas to help reduce the setup time. This is perhaps the biggest improvement over the older M600.

The airframe is equipped with the A3 Pro flight controller, Lightbridge 2 HD transmission system, intelligent batteries and battery management system. All Zenmuse cameras and gimbals are natively compatible and there is full integration with third party software and hardware. 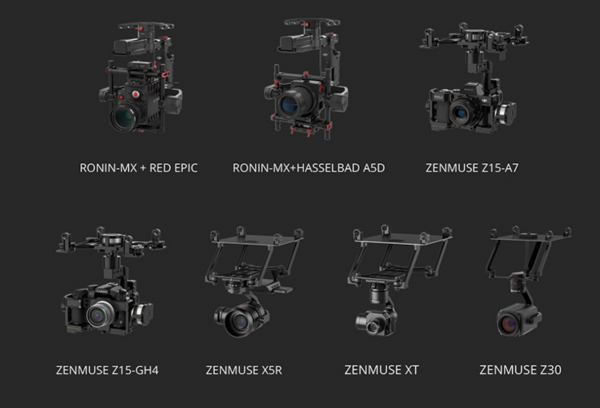 Dustproof propulsion systems simplify maintenance and active cooling motors ensure that operation is reliable for extended periods of time. With a maximum payload of 6kg, it can support the Ronin-MX gimbal, DJI Focus and a range of cameras from Micro Four Thirds systems to the RED EPIC. 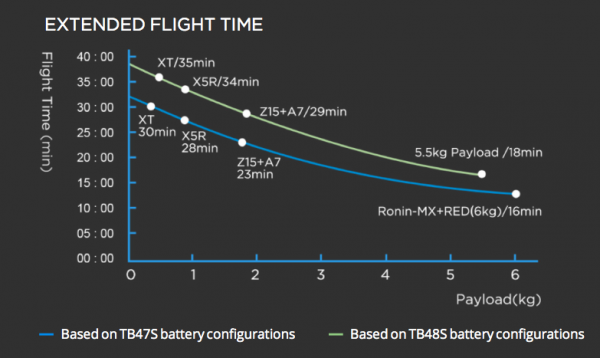 The M600 Pro has an extended flight time of up to 35 minutes depending on the camera load, and a claimed 5km (3.1 miles) transmission range. A comprehensive battery management system means that if any of its six intelligent batteries are turned on or off, the rest will follow suit. The battery management system monitors every battery during flight, and the M600 PRO will safely land in the event of single battery failure. 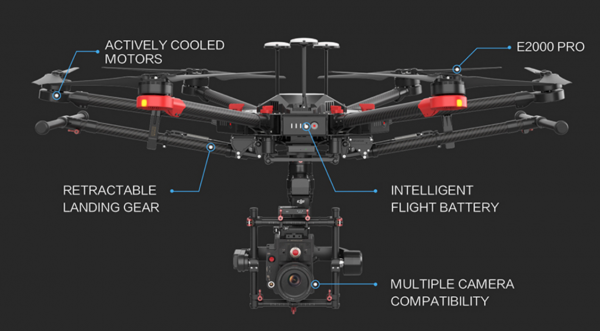 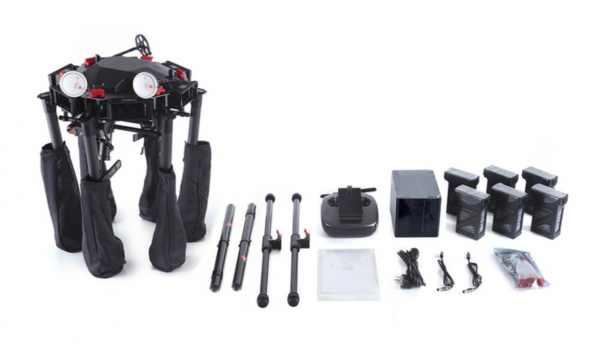 The M600 Pro supports the DJI GO app and DJI Assistant 2. This allows for a live HD view, battery status, redundancy status, transmission strength and much more, straight from the DJI GO app. DJI GO is also the control center for the camera, giving access to shutter speed, ISO, photo or video capture, on any Zenmuse series camera and remote focus and aperture control on the Zenmuse X5 and X5R cameras. DJI Assistant 2 supports firmware updates and Ground Station, and comes with a built-in flight simulator.

It is interesting to see DJI release the M600 Pro just 7 months after they announced the M600. The M600 PRO will retail for $4999US and DJI are now taking orders.