We don’t do unboxing videos here on Newsshooter, but today we’ll make an exception. Let’s face it, its hard to make a new microphone entertaining, but my good friend Christian Payne, who goes by the handle @documentally, has done just that. His look at the new Rode i-XLR and Reporter mic had me chuckling. Not only does it manage to demonstrate the key features of the mic interface, it was a great practical example of just what the setup is capable of.

For those who don’t know the i-XLR is a XLR mic adapter that connects to your iOS devices using a lightening adapter and allows for simple, yet high quality recording. There is a 3m lightening cable that is permanently attached to the i-XLR, which should be long enough for most reporter type activities.

The device has a headphone jack for zero latency monitoring and a large record button for one touch recording. There is a record light on the device that lets you know its recording.

On the iOS device side you’ll need to install Rode’s own iOS Reporter App. This allows for various settings including a -20db pad switch. The App is available as a free download from the Apple App Store. 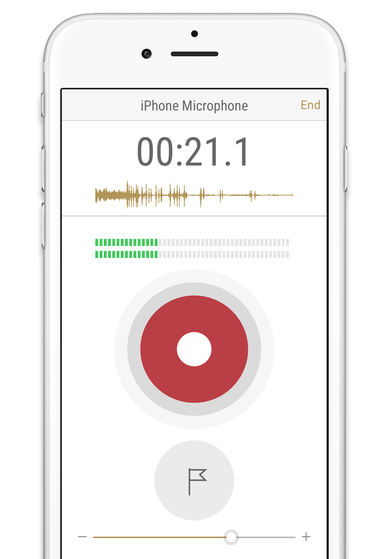 The one thing the i-XLR can’t do is provide Phantom power to mics, but it does provide the lower plug-in power that works with many lavaliere and headset mics. Otherwise you’ll need to use dynamic or self powered microphones. The Rode Reporter mic used in Christian’s test seems like a good pairing.

The i-XLR doesn’t need batteries and is powered from the iOS device. It does draw some power from the phone or tablet however.

All in all the i-XLR seems like a very useful addition to the mobile reporter’s kit bag, and a potentially handy piece of kit to have around for emergencies for the pro news shooter.