One of the main advantages the GoPro Karma has over the Mavic Pro is the ability to detach the gimbal and camera and then use it as a handheld device. This definitely makes the Karma a lot more flexible tool than the Mavic Pro.

Since the early days of the DJI Phantom series some people have been using their drones to simulate a hand held gimbal by just holding onto it without powering up the props. For some this has been a useful way to get the occasional stabilised ground shot that you need, if there is no other alternative. The biggest problem with doing this with a Phantom or similar sized copter is that you have to physically hold a large object. The Mavic Pro is much smaller so I wanted to test if you could use the same trick and use it in place of a handheld gimbal. I set about doing a few tests to see if it was actually possible and what the resulting images looked like. 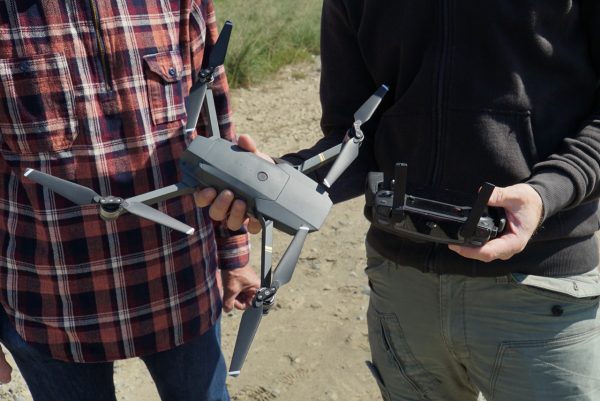 The first thing I found is that you need to have the arms folded out on the Mavic Pro before you turn it on. This is because the propellers will actually move and spread out a little bit when you turn on the power. If you try and turn it on with the arms totally folded in you risk damaging the propellers. Once it turns on and stabilises it is then possible to fold the arms back in to make the unit more compact. 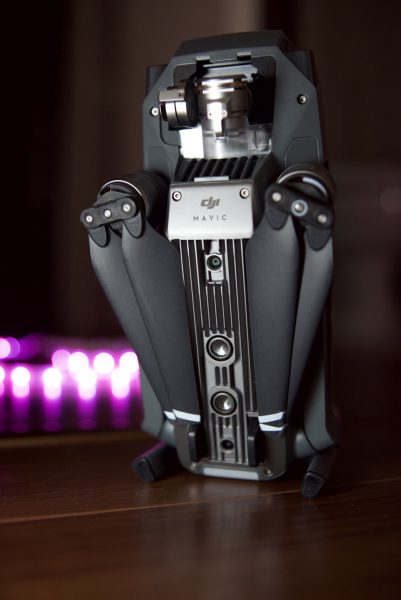 There are no mounting points on the Mavic Pro so you have to just hold it carefully with your hand when trying to use it. One of the things I did notice is that the Mavic Pro gets very hot, particularly on the underside of the craft. After a few minutes of holding it the heat it generates start to make it very uncomfortable to use – I suspect this isn’t a problem when flying as there is more airflow cooling the craft. The Mavic Pro also has fans that get fairly loud when they start to engage. Even though the Mavic doesn’t record any sound, if you were using it on location with other cameras close by it may well be a problem. 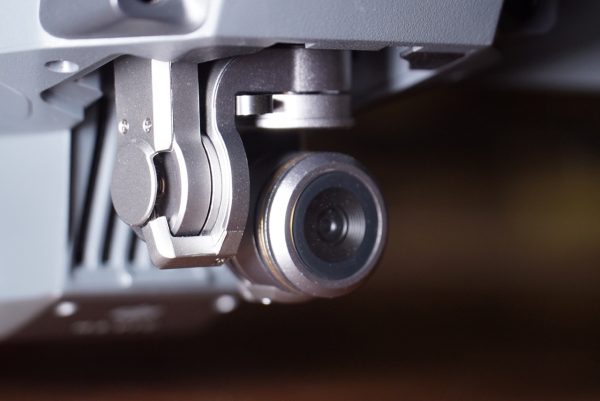 It is easy enough to calibrate the gimbal and change any necessary settings before you start recording. Unfortunately some of the creative modes such as Active Track, Gesture Mode and Tripod Mode that would help when trying to use the Mavic Pro on the ground are not available unless the copter is actually flying.

Sadly I found that the gimbal does not seem to behave very well when using it on the ground and carrying it. There were a lot of micro vibrations present in the footage and that if you moved the Mavic Pro too quickly the gimbal tended to freak out.

With the gimbal being so small, I doubt it was designed for this purpose. When I asked DJI about this I was told that “The Mavic Pro algorithm is optimized for when it is flying and different from handheld gimbals, so we would recommend users to try our Osmo gimbals if they are are shooting on the ground.”

It makes sense why DJI haven’t made the Mavic Pro more useable on the ground, if they did then it would eat into the same market where their own OSMO family of stabilisers sit. DJI are unlikely to want to cannibalise one of their own successful products. 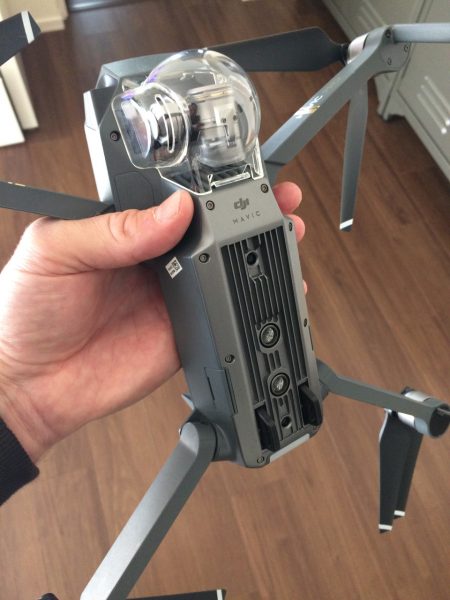 While the shots I got by trying to carry the Mavic Pro around and use it as a hand held gimbal were hardly great, it would be possible to get the odd stabilised hand held shot out of a moving car, or use it in situations where you could keep it relatively still.

It really doesn’t perform as well on the ground using it in a hand held capacity as some of the other drones that use larger gimbals. Where I can see it being used in news work is as an extra camera to grab a wide shot if you are on location and need an additional camera angle – yes the image quality probably won’t match your other cameras, but sometimes having yet another extra camera rolling for coverage is still useful. 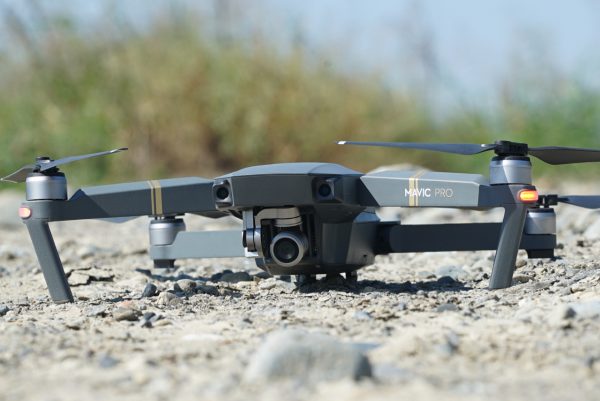 In conclusion can you use the Mavic Pro as hand held gimbal? Well yes, no, maybe, and not really. It is a pity that the performance of the gimbal when hand holding it is not even close to how good it is in the air. Given the small size of the Mavic Pro it could have made for an interesting alternative to a hand held gimbal.