I have been testing a Beta version of Convergent Design’s Titan 4k/UHD extract option for the Odyssey 7/7Q+ and Apollo. Titan takes a 4K or UHD video signal and then super samples it down to a HD image, and that the same time it allows you to extract two HD windows within that same frame. This allows you to take a 4K or UHD signal from a single camera and capture three different frames, and have them all recoded in HD ProRes (up to 422 HQ), all in time code sync, and all to the same media. 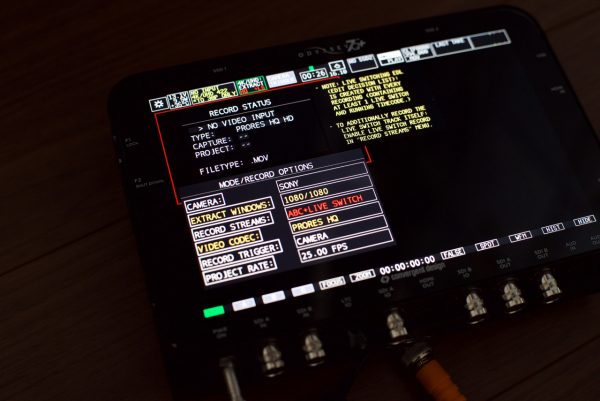 On paper this sounds great, but I wanted to see just how easy it is to use and what applications I think it would work well for. As Titan is only using a single 4K or UHD camera feed setting it up is very straight forward. For my testing I was using a Sony a7S, but you can use any camera that is outputting a 4K or UHD signal over HDMI or SDI. Once you select the Titan 4K/UHD extract mode, you have the option to choose your extract window size. If you are using the HDMI input on the Odyssey or Apollo, you will be limited to UHD and frame rates up to 29.97p. If you are using the 6G SDI input or Dual Link 3G SDI, or Quad link 3G SDI, you can input up to 4K 60p (original Odyssey7Q limited to 3G-SDI). If you do input a 4K 50/60P signal your extract windows will be limited to 720p. This is adventatious for sports productions who want to record in higher frame rates. The 720p extract also means that the window will be smaller, giving you more room to pan around and get a tighter shot. Titan also accepts 4K RAW data from the Sony FS5, FS7 & FS700 cameras. Live-Switching is available as cuts and dissolves, and an Edit Decision List is generated as an .EDL file for conforming an edit in post. 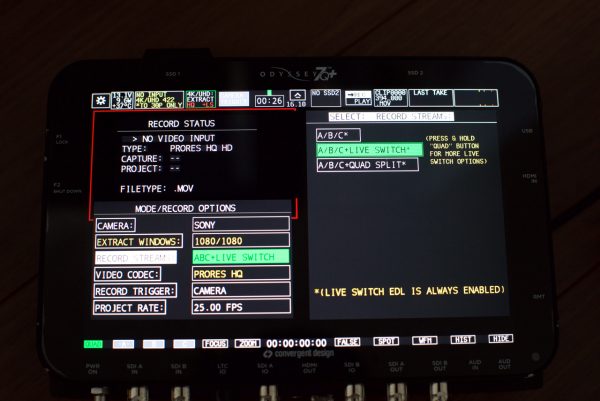 You also get three options for what record streams you want to capture. A/B/C records your downscaled 4K/UHD original frame, plus two HD extracts of your choosing from within that frame. A/B/C + Live Switch records the same as A/B/C with the addition of also recording a live switch between the three different frames. A/B/C + Quad Split records the same as A/B/C and a quad split view of all the camera frames you have chosen. As far as recording codecs go you have the choice of ProRes HQ, ProRes 422, ProRes LT and ProRes Proxy. 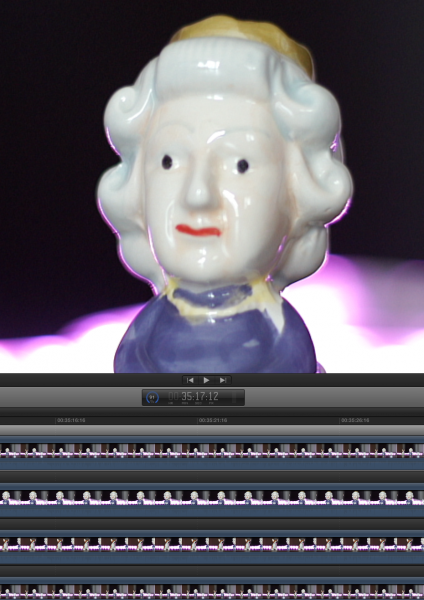 What is key to remember is that nothing Titan does couldn’t be replicated in the post production process. Taking a HD extract from a 4K/UHD image is nothing new, but what Titan is designed to do is to do this on location and in real time. For productions or shooters who need to turn around material very quickly Titan can give you a lot of versatility and increased production value. Where I see it being used the most is in news environments, live productions, events and single camera sports coverage. 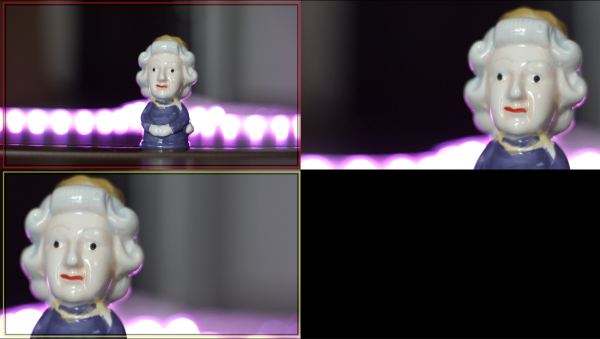 If you are using a single camera to record an interview with an important subject and it has to be turned around very quickly to be broadcast, Titan can really help you out. Most people shooting news are not going to be recording in 4K or UHD for a variety of reasons. What Titan allows you to do is take advantage of that 4K/UHD image, but record in a more broadcast friendly HD resolution. In certain interview scenarios you may have extremely limited time and no way of getting any cut aways. By recording three different frames, Titan gives you the ability to seamlessly intercut between someones answers without needing cut aways.

Another scenario it would potentially work well in is if you are pre-recording or covering an event live. If you are a solo operator you could provide three different frames of an event. Imagine covering an important announcement or doing a live cross at a major news story and being able to switch between three different frames in real time. If you were at a siege for example, you could seamlessly cut between a wide shot and two closer shots without having to adjust your camera. For a news broadcaster this opens up a lot of possabilities for more engaging live coverage of an event. 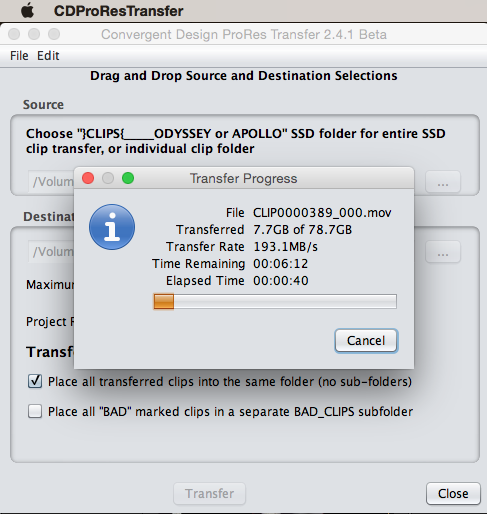 If you are not taking the live output from Titan, there is still a small delay in the production pipeline to get the files ready for editing. You do need to use the Convergent Design ProRes Transfer tool to extract all the files before you can start editing. While this doesn’t take too much time, it is something to be aware of. 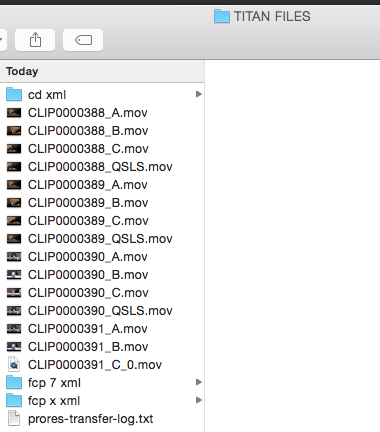 Once you have extracted all the files you are left with all your individual frames and the live switch if you were recording using this option. As all the clips are completely time code synched and in the same codec, it makes the editing process very quick.

The only downside I can see when using Titan, is that you are going to have to have your camera recording 4K or UHD internally (if it can’t output 4K/UHD and still record HD internally). This could potentially use up a lot of data on certain cameras and you may have to end up swapping out several cards while shooting a long interview. You could by pass the internal recording and just record externally, but this is something I wouldn’t recommend in most cases. 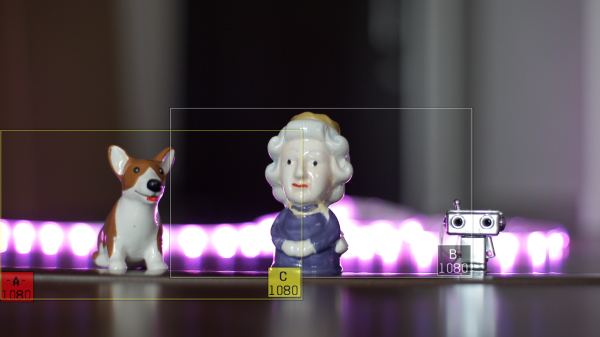 What you also have to remember is that because you are just taking three frames from a single camera, what is going to be in focus is only what you have chosen for your master frame. If there are three objects in a frame and they are not all on the same focal plane, only one on them is going to be in focus. This is very important to remember when you are composing your frames when using Titan. I would not reccomend using Titan if you are shooting using a very shallow depth of field, unless your frames are all placed on the same object in your shot. I would also caution against using a high ISO, as any noise in the image will be amplified in your HD extract frames.

Titan certainly isn’t for everyone, but it definitely has its place for use in a lot of applications. It really is going to be one of those products that you don’t know how valuable it can be until you have used it. For news and event shooters I can definitely see where it would be very relevant.

Titan HD Extract is an upgrade option for the Odyssey7Q+, Odyssey7Q and Apollo monitor/recorders. Other options (Odyssey RAW Bundle or Apollo) are not required for Titan.

Titan list price is $1295, but Convergent Design will offer Titan for a limited time at an introductory price of just $995. Titan is expected to be available very soon.