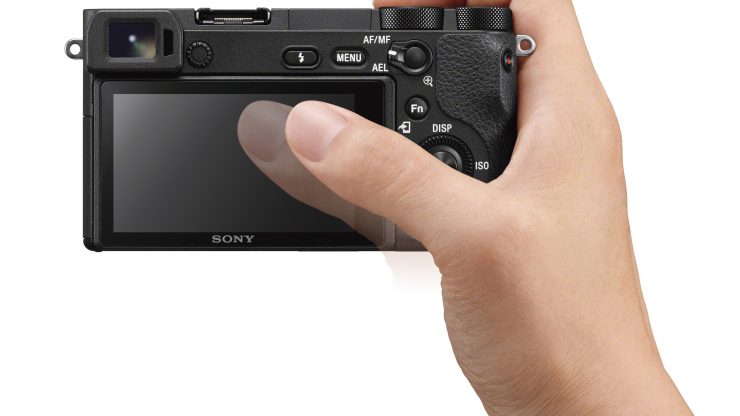 Sony have today announced their new a6500 with IBIS image stabilisation in the camera body and touch screen autofocus. It shoots 4K with a Super35mm crop in video mode.

Hot on the heels of Canon’s M5 mirrorless camera, the a6500 becomes the second mirrorless body to allow touch screen control (EDIT – for phase detection AF) using the rear screen at the same time as viewing the image through the electronic viewfinder (EVF).

The a6500 also has the distinct advantage of shooting 4K compared to the M5’s 1080 resolution. You can shift focus between objects simply by tapping on the rear screen – without ever taking your eye away from the finder. You can also adjust the speed of focussing to give more natural looking focus racks (see the sample video below at around 0:23). What isn’t clear at this stage is whether the a6500 uses the whole rear screen area to control the AF when using the EVF, or just a quadrant like the M5. (EDIT – as Vanweddings has pointed out in the comments the Panasonic GH4 has a touch focus feature when using the EVF, but without the benefit of Canon’s DPAF or Sony’s phase detection AF I would not consider this to be usable during a shot for pulling focus).

Also new to the a6300 is IBIS in body built-in image stabilisation. This is the same system that works so well in the a7R II and a7S II that works by shifting the sensor. The combination of this and the AF system should propel the a6500 right to the top of the list of cameras for lightweight, discreet handheld shooting. Of course it is how well this works in reality that matters and its something I hope to test out soon.

The camera comes as surprise to many, especially seeing as the a6300 on which it is based only came out at the start of the year. The new body camera looks almost identical. It is the same height and just a bit thicker, the only real changes being an improved grip and improved and repositioned custom buttons. It has a mic input jack but still no headphone jack – something that will disappoint many factual shooters. The camera does have Sony’s now standard MI shoe interface that allows the use of the XLR-K2m module, or UWP wireless mics with the SMAD adapters. (Using the latest URX-P03D wireless receiver can give you headphone monitoring while using two or three audio sources).

Like the a6300, the a6500 shoots UHD 4K video at frame rates of up to 30fps. It also has 120fps HD shooting and records internally to SD cards using the XAVC-S codec, or you can record 4K 4:2:2 externally via HDMI on a compatible recorder. There is a new S&Q mode that allows the camera to record slow motion for direct playback in camera or on a computer, without the need for conforming or retiming – although this is more of a consumer feature.

The a6500 has the usual range of Sony gamma and colour settings, including S-Log3. There are also the standard assist functions like peaking, zebras and that ability to magnify the screen image when manual focussing. The gamma assist function that allows you to view a close to REC.709 image while recording in Log is also there.

The menu of the camera has had a redesign similar to that seen on the a99 II which was also recently announced. This is supposed to make operation clearer although there are still plenty of menu pages to wade through.

Perhaps the biggest concern to video shooters with the a6300 is the fact that it can easily overheat in certain conditions. This can prevent video recording while the camera cools down – a big negative if you are trying to shoot reality or any other time sensitive subject. There is no information at present from Sony as to whether this has been cured or improved with the a6500. 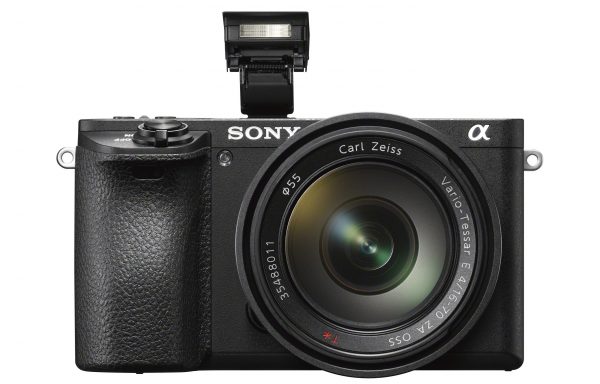 So far this certainly looks like the go everywhere mirrorless to beat. In many respects now better that the full-frame flagship a7R II. Lets hope that Sony have found a solution to the overheating issue.

The camera will be available in black or graphite grey and retails for around 1700 Euro.