PowerVision is probably not a name your very familiar with but that hasn’t stopped them pitching their brand new drone squarely at the professional cinematography market. The Chinese manufacturer have just opened pre-orders for their PowerEye drone which features an interchangeable lens Micro 4/3 camera. It has afold up design a bit like the new DJI Magic and GoPro Karma, but a lot larger, heavier. 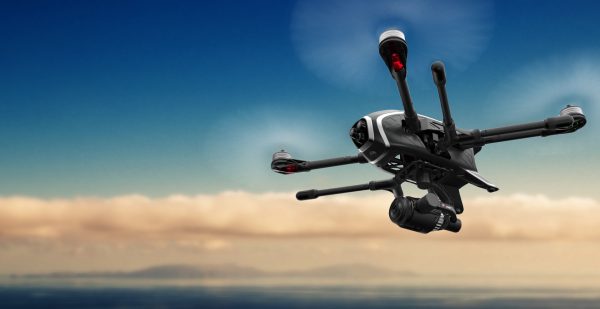 The PowerEye can be used with either the included 14mm lens or a variety of additional lens options, including an option for a variable focus 14 – 42mm lens, that allows for in-air zooming. The PowerEye uses a integrated 3-axis gimbal with a rotational equilibrium system. To compensate for different lenses there is a small adjustable weight that is built into the back of the camera housing – a nice alternative to sticking small coins or the like on with tape that you sometimes need to do to balance slightly larger lenses on competing gimbals. 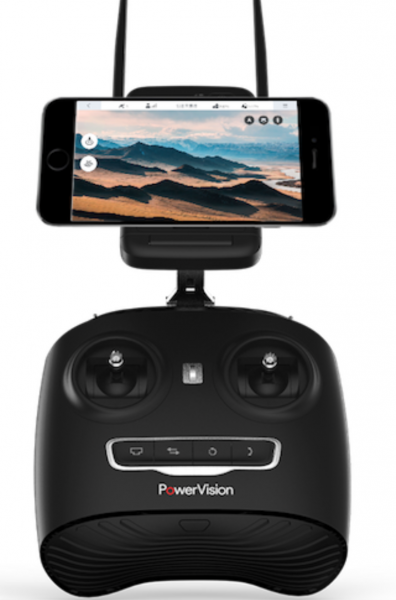 PowerEye features integrated Dual Viewing capability that gives multiple users the ability to see video simultaneously from a First Person View (FPV) and a Subject Matter View (SMV). With Dual Viewing a cinematographer has the ability to see what is in front of the PowerEye while in flight through a dedicated FPV camera housed in the nose of the aircraft and a separate gimbal-mounted camera can be simultaneously directed to action on the ground or other areas in the sky. Dual Viewing can be managed by a single person using one mobile device in either a split screen or picture-in-picture mode (user selectable) using the PowerEye App. Two people can also manage the Dual View using two mobile devices with one managing FPV, and the other managing SMV. 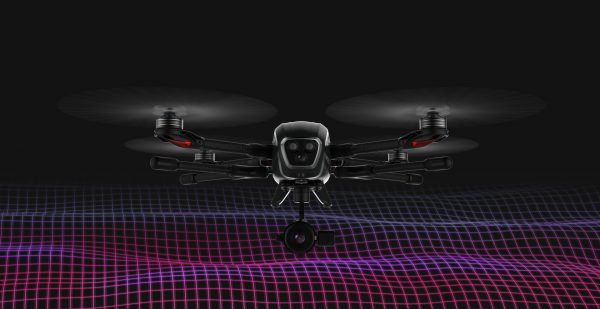 The PowerEye has a maximum flight time of over twenty-nine minutes, which is nearly 40% more than some of the competition. PowerEye uses an object detection system on the front of the aircraft to prevent the drone from coming in contact with any objects. Just how well this system works in comparison to those available from DJI will also be interesting to test. An optical positioning and sonar system allows the PowerEye to be used for indoor flight. 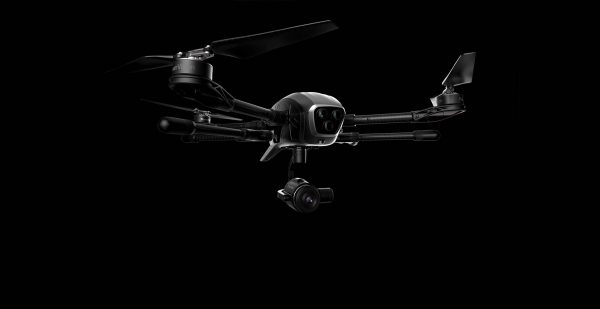 The PowerEye control can provide a real-time HD video stream up to claimed 3.1 miles (5 kilometers) and has a flight ceiling of 4,000 m (13,123 ft). The maximum velocity of the drone is 64.8kph (professional mode).

There are PowerModes that let the drone execute complicated flight tasks while you focus on camera work. These are clearly some kind of automation, but it is unclear exactly how the PowerModes work. 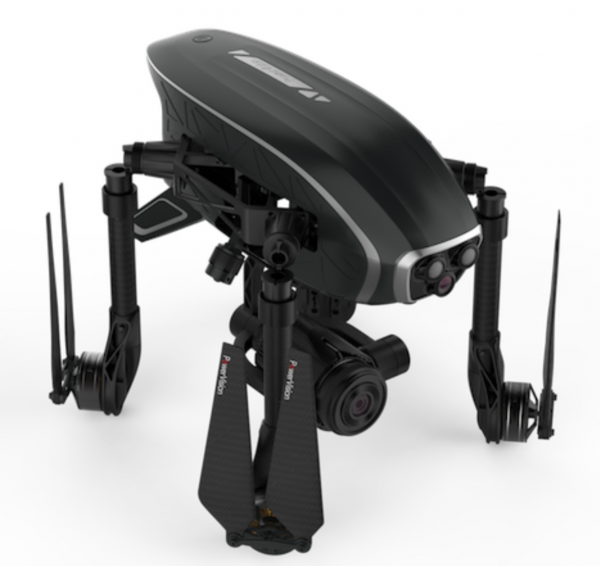 PowerEye has been designed to be collapsible allowing it to be folded up for transporting. While in the air the landing gear rises up, allowing the camera to have a clear field of vision. Once on the ground the landing gear can be is detached and the rotor arms can also be folded down for easier storage. 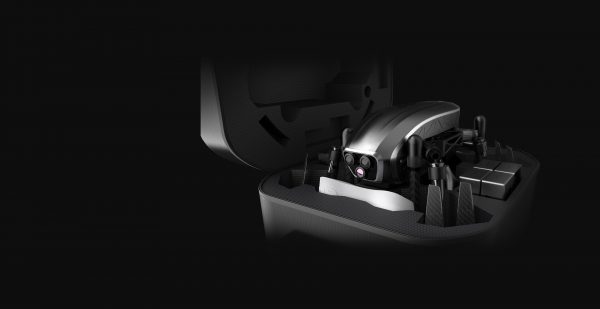 PowerEye is available in two camera models- the PowerEye Professional and the PowerEye Thermal. The Thermal version has a state-of-the-art Thermal/Natural Light Switchable Camera than comes with two integrated light sensors and two lenses. This may be useful for wildlife filmmakers in particular. Through the PowerEye App, users can switch between the thermal and the natural light setting with one touch. Using the Thermal/Natural Light Switchable Camera cinematographers can capture a spectrum of light not visible to the unaided eye. 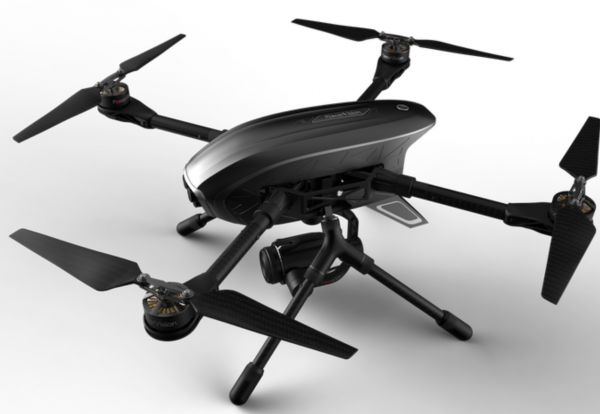 The PowerEye Professional is priced at $3,988.00 USD and includes the PowerEye aircraft with a full set of propellers, camera lens (Panasonic Lumix G 14mm F2.5 ASPH), rolling carrying case, one remote control, one extra pair of propellers, base station, battery, and battery charger. The PowerEye Professional can be pre-ordered through the PowerVision Online Store and is expected to start shipping in December this year.