The first is the new Easyrig Minimax. This is a redesigned version replacing both models of the Easyrig Mini with a single model. It has a weight range from 2-7kg and should be good for popular cameras like the Canon C300 or Sony FS5. The Minimax has a new spring system that should have a smoother running support rope and an overload protection system that should prevent damage from careless use. This entry level system is very light, weighing in at just 3.4kg.

Also on show was the new Cinema Flex Vest specifically designed for female camera-operators. It is not often in our industry that we see products specifically designed for women, but that is exactly what Easyrig have done. As we all know the physical anatomy of women and men is quite different, so certain products that are designed with men in mind don’t necessarily work well when used by females. 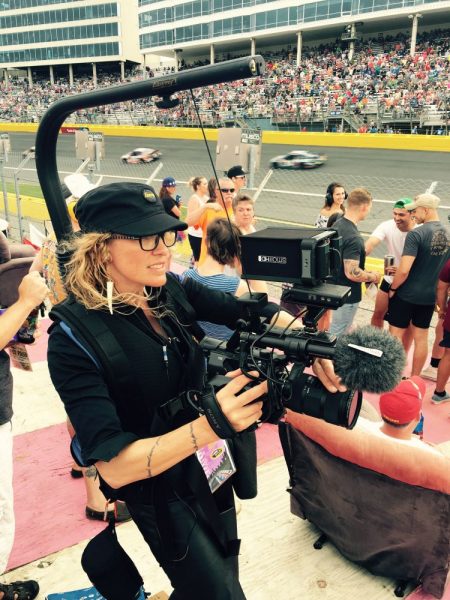 Easyrig set out to design a system that would meet the needs of female camera-operators. The Cinema Flex Vest features increased fabric thickness and additional padding for extra comfort on long days of filming. New pockets allow the operator to keep batteries and cards on their side without the need for adding an additional gear bag on the hips. The biggest advantage for women is the ability to adjust the length of the vest at the shoulders and the hips that allows the weight to fall perfectly on the hips. 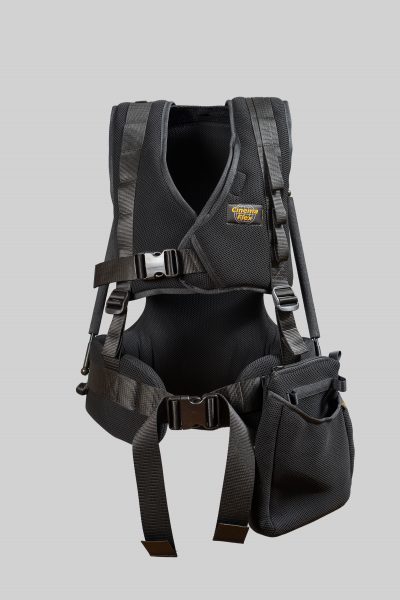 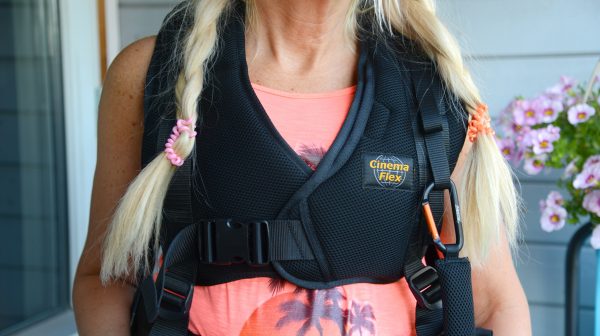 Lastly there was a new version of their higher load capacity Vario systems that have a unique ‘powerup’ function that allows you to fine tune the load capacity to perfectly match bigger camera packages. To do this you simply insert a key into a hole in the side of the unit and turn it a few times. Easyrig were very secretive about how the system actually works but did say that it was entirely mechanical. The setup will be less than 4000 Euro and owners of existing high end systems will be able to upgrade for around 2500 Euro.

For more info on all the new vests visit the Easyrig website.