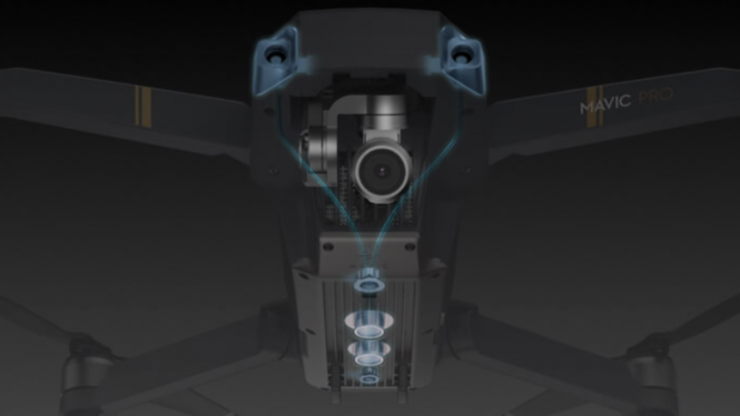 If this was the Miramar air station, Mavic and Karma would be battling head to head for the title of Top Gun. Just like Maverick and Ice Man, DJI and GoPro are the two new hot shots on the block, both trying to out do each other. So which one will come out on top? If you were going into a dog fight, or in this case a video shoot, which one would you want in your corner? While this is impossible to answer until someone does a direct flying comparison, we can at least look at the specifications and features and come to an analytical conclusion just like “Charlie” would. 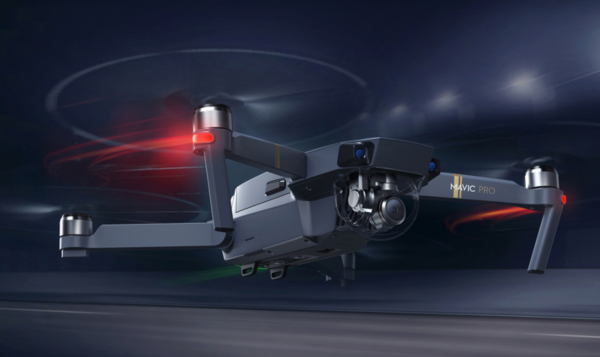 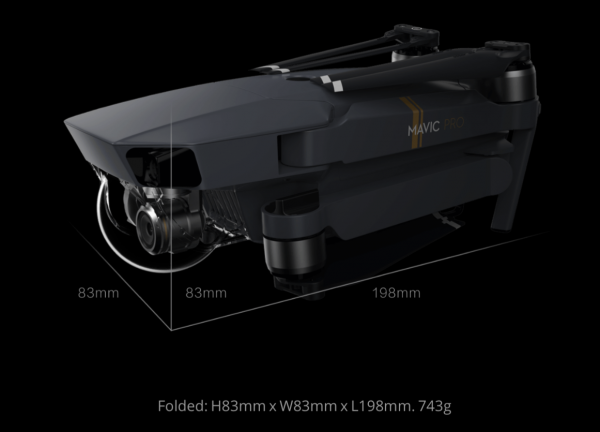 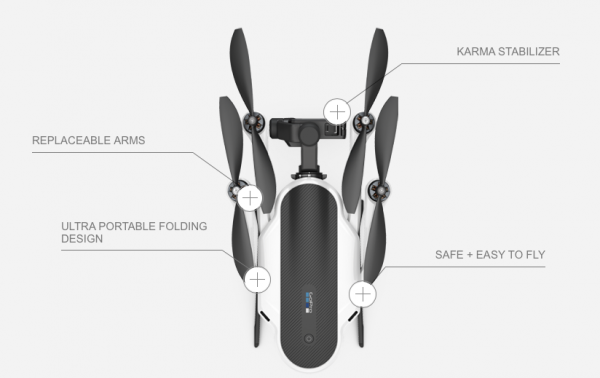 Winner: DJI Mavic. It is smaller and faster, but how that actually translates to real world flying conditions we will have to see.

Flight Time and Range
The DJI Mavic has a claimed flight time of up to 27 minutes and a maximum flying distance of 8 miles (13km). OcuSync long-range-transmission technology is capable of relaying a signal up to 4.3 miles line-of-sight while supporting 720p HD video (1080p HD transmission in short-range mode). Every time you fly, OcuSync scans a range of available frequencies to find and use the one with the least interference to give you more reliability and control, OcuSync transfers vital statistics of the Mavic to you in real time, and can also be used to download photos and videos at up to 40 Mbps while flying. It can be controlled using the DJI Go app over shorter ranges. If you to want to fly further the you can add a tiny remote controller which increases the range to a claimed 7km. The remote can link to a mobile device and view a live feed from the copter in 1080P. 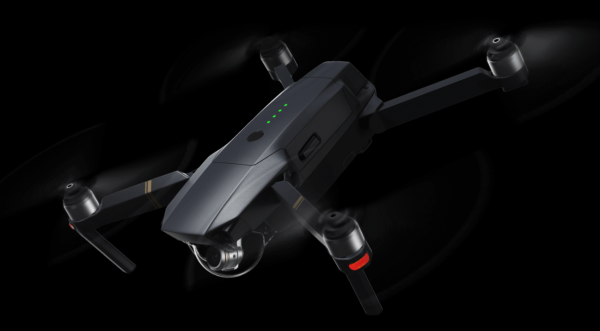 The GoPro Karma has a claimed flight time of 20 minutes and the control range is limited to 0.6 miles (0.97km). 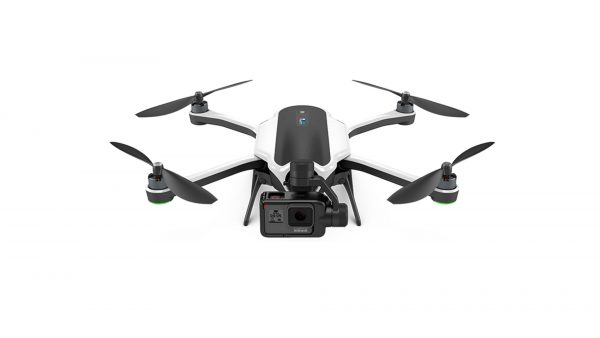 Winner: DJI Mavic. Not only does it have a longer flight time, but it can also be operated up to 4.3 miles away, which gives it a huge advantage over the Karma.

The GoPro Karma can use a GoPro 5 with a 12MP CMOS sensor that is capable of capturing UHD (3840 x 2160) and comes with a range of FOV (Field Of View) options. The widest being 17.2mm and the narrowest is 34.4mm, with a medium FOV setting of 21.9mm also available. The camera has a f stop of 2.8. In 2.7K widescreen and lower resolutions you can use narrower FOV options including Medium, Narrow, and the new Linear mode (only available in 2.7K and 1080p settings), which corrects the lens’s barrel distortion. The Karma has the ability to manually control the ISO and shutter speeds. GoPro also allows you to shoot in the Protune mode which gives you more flexibility when it comes to grading your footage. The GoPro 5 can capture up to 120fps in Full HD. The GoPro 5 like the Mavic records at up to 60 Mbps. 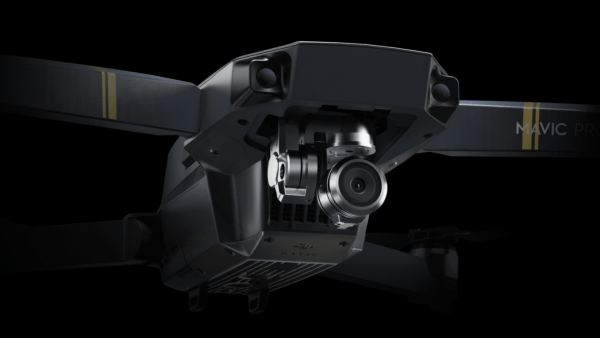 The Mavic along with having a fixed, non removable camera, uses the smallest high-precision 3-axis gimbal that DJI has ever made. With brushless motors on all three axes, the gimbal is claimed to eliminate shake caused by the movements of the Mavic. The GoPro Karma has a detachable gimbal that can be used with the Karma Grip to allow you to capture stabalised material in the air and on the ground. You can also have full manual camera controls for photos and videos, including ISO, shutter speed , and the file format.

Winner: GoPro Karma. With the ability to change the field of view, Protune and a detachable gimbal, the Karma looks like the winner.

Features
The DJI Mavic is loaded with features for such a small drone. including a collision avoidance system, ultrasound, GPS, dual redundant IMUs, and ActiveTrack Subject Tracking Modes. There is also a Selfie Mode with Gestures and a Tripod Mode that caps the Mavic’s maximum speed at 2.2 mph, while the control stick sensitivity of the remote controller is dulled for more accurate framing. It is also great for flying indoors or other small spaces where the Mavic’s normal speed may make it more challenging to fly. Also included is Terrain Follow that uses height information gathered by the on-board ultrasonic system, and its downward-facing cameras to keep you flying at the same height above the ground even as the ground moves.

The GoPro Karma has no collision avoidance system, but it does include the GoPro Passenger App, where one person can pilot via the controller while a second uses the app to monitor the camera and change settings as needed. The Karma definitely offers far fewer features, but for more advanced drone flyers, the ability to have one person flying the drone, while another one controls the camera could be a huge selling point with filmmakers. There is also a Automatic Takeoff and Landing function using a single button on the controller, and Automatic Return Home that lets Karma safely flies back to you when out of range, if there’s a lost connection, or when the battery runs low. GoPro also have a Built-In Auto Shot Paths function that includes a Dronies, Cable Cam, Orbit, and Reveal Modes.

Winner: Jury still out Both companies pack a lot of features into the respective drones, the Mavic definitely has more features built-in and the automation is great for regular users out for fun. Karma may have the edge for filmmakers if the dual operator function works well.

Control System
The GoPro Karma uses a video gamepad-style controller with a flip-up touchscreen that lets you remotely control all camera modes and capture settings. Unlike the Mavic, the Karma has a built in screen. With the Mavic you need to use your smart phone to see what your camera is seeing. The range for the Karma controller is some what limited at just 3280’ / 1000m.

DJI GO is what you use to control your Mavic. When your phone or device is connected to the Mavic, it shows you everything the camera sees in near real-time. The Mavic also supports flying on your phone with virtual joysticks, and also gives you full access to all of its Intelligent Flight Modes: TapFly, Trace, Spotlight, Profile, and Circle. The Mavic has a control range of 4.3 miles / 7 km (line-of-sight). 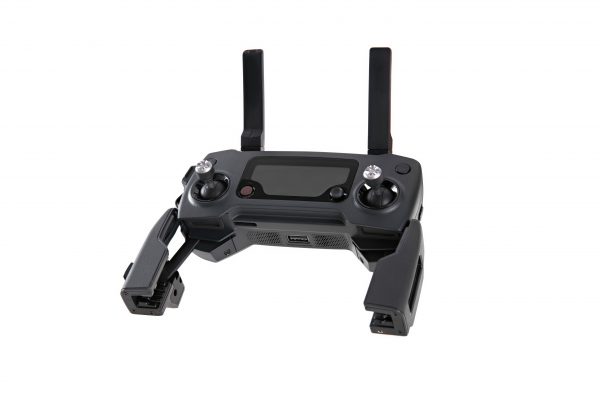 Winner: GoPro Karma. The GoPro Karma definetely looks like the better value for money option for shooters, with a removable camera and gimbal that can be used for other application.

Conclusion:
So who is the Top Gun? On paper the DJI Mavic looks to be the winner, but the dog flight is pretty close. Just like in the movie, the under dog can never be written off. Specifications and features are one thing, but the only way to officially see who is the Top Gun will be once they take to the skies. As Goose once said, “I feel the need for speed.”