At the Photokina show Leica were showing a concept electronic directors finder / gimbal / camera concept. The idea is to create the ultimate visualisation tool for cinematographers. It combines a sensor and electronic viewfinder with a handheld gimbal style mount and smartphone control. The lens has the Leica L mount (from their SL camera) which allows the mounting of many different lenses via adapters. M, R and PL lenses can be mounted using the appropriate adapters.

There will be an app on the smart device that controls settings and allows for external monitoring. The smartphone can be connected via wi-fi so you could potentially give the phone onto a director or producer to see what you are visualising. The idea is that you should also be able to record video as well for visulisation purposes.

We were told that one version of the concept has a motorised gimbal system incorporated. This should be able to balance different lenses but clearly not heavier zooms or larger cine lenses. 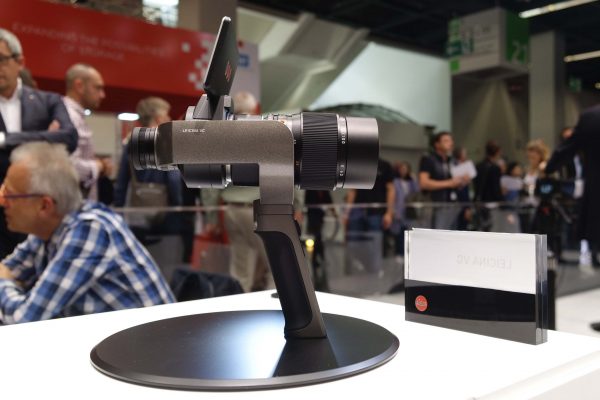 While Leica’s reps were keen to point out that this concept is not intended to be used primarily as a camera, it doesn’t take a big leap of imagination to see this concept as the basis for a better, easier to use, gimbal camera system. 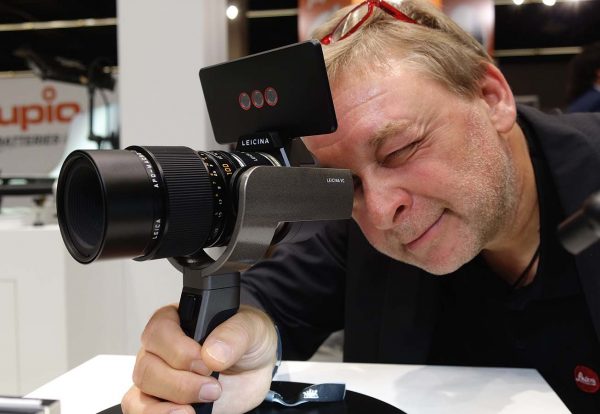 In some ways the idea isn’t unlike a larger version of the DJI Osmo X5 handheld system, but I’m sure that the prospect of larger lenses and additional features would be sure to have many fans. Replacing a larger brushless gimbal with something like this would certainly be useful for news and documentary shooters. 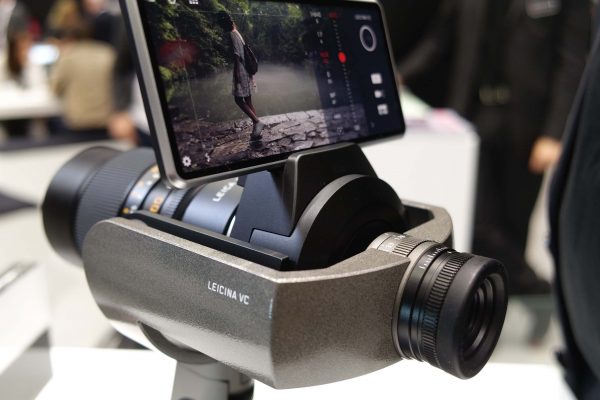 At this stage Leica are just putting the concept Leicina out there to gauge public reaction. If this is what you would like your future Leica camera to look like I suggest you let the company know. With any luck they will build it in the future.