Yesterday we brought you news of the new Sony a99 II which was announced at the Photokina show. This is the Sony’s flagship full-frame SLT camera with pretty much every bell and whistle that the company has developed have thrown into it. It has the same image sensor as the a7R II, but built into a solid DSLR like body. It takes A-mount lenses instead of E-mount. This means that there is no way to adapt most Canon EF lenses onto the camera and I suspect this will be the main reason that the a99 II isn’t making more waves in the video community. Luckily A-mount lenses are plentiful on the used market and there is a wide range available at modest prices.

Sony have instead been promoting its fast autofocus and rapid continuous shooting stills capabilities, but after taking a closer look at it I’m convinced that its a great option for video shooters too – as long as you are prepared to use the A-mount lens system. The a99 II has all the same gammas and audio options as the a7R II, but with the addition of Slog-3 (which is on the a7S II, but not the R II). The a99 II has a useful flip out screen that can be articulated so you can look down onto it, or flip it round 180 degrees for selfie videos. The electronic viewfinder is clear and bright.

Sony have also done a slight redesign of the menu structure – something that a7 users frequently complain about. The new menu is quite snappy and a bit more intuitive that before, but its not a radical departure. More usefully there is a new dial on the front of the camera that can control aperture clicklessly – which is great. I wish this feature was on other cameras. You can also switch between S35 and full frame modes at the push of a button – this is also great.

The a99 II also inherits all the audio controls and MI shoe options from the a7 series. You can put the XLR-K2 audio adapter or Sony’s MI shoe connected wireless mic directly onto the camera. 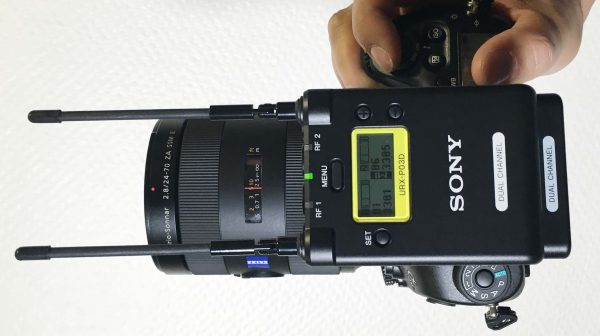 Its fashionable to shoot full frame right now, but I often prefer to use the a7R II in Super35 mode so I can use a wider selection of lenses. It shoots virtually moire free 4K video without pixel binning. It can also shoot full-frame 4K but it has some slight moire and aliasing when you do. The a99 II functions the same way, but Sony told us that the output of the sensor benefits from a new LSI processing chip. The result is that the image and rolling shutter performance may be even better than the a7R II. We haven’t been able to record anything with the camera so can’t say for sure. 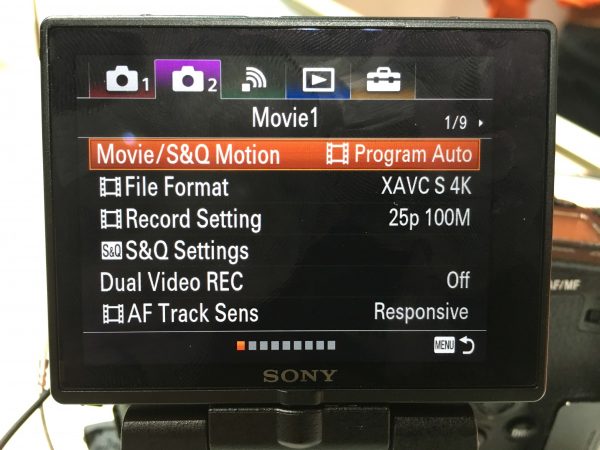 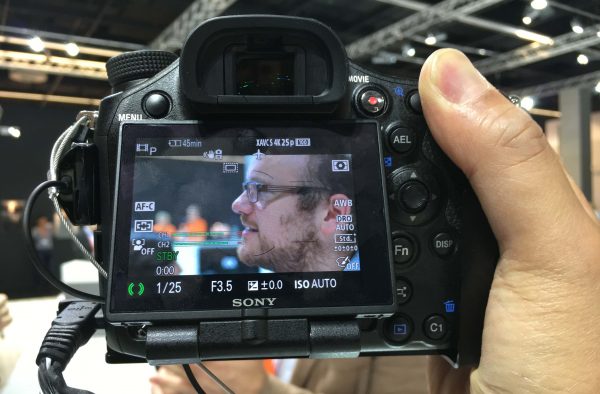 Strangely autofocus is the camera’s weak area for video. The blisteringly fast new AF system doesn’t work the same way in video mode as stills. Use fully automatic video mode and the AF is really impressive – similar to Canon’s dual pixel CMOS judging from our brief hands on – but sadly you can’t control any exposure functions at all in this mode. If you put the camera into manual exposure you are forced to use manual focus. For some users who never use AF this won’t be a problem, but if you wanted to set your own exposure, use AF and put the camera on a gimbal or Steadicam, then you are out of luck. This is the one area where the a7R II and a6300 have a major advantage. 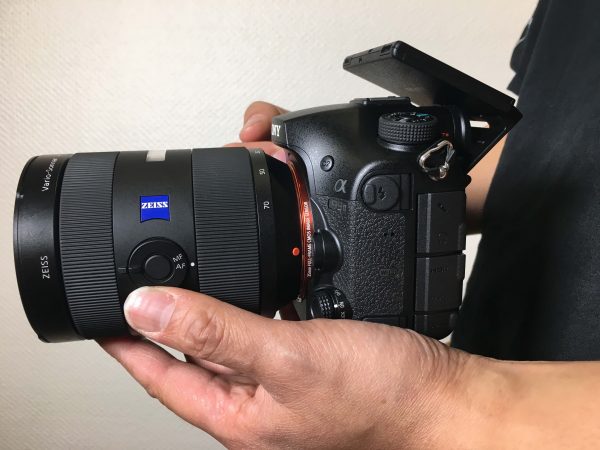 Obvious comparisons will be drawn with Canon’s 5D mkIV, and with good reason. Sony have created the camera that most Canon DSLR video lovers would have died for. If the a99 II had an EF mount the internet would probably have melted by now. As it is, the a99 II deserves more attention because Sony have done exactly what Canon have refused to do. If you want a well built S35 shooting 4K hybrid with S-Log3, audio options and the option to shoot full-frame then the a99 II should be top of your list.