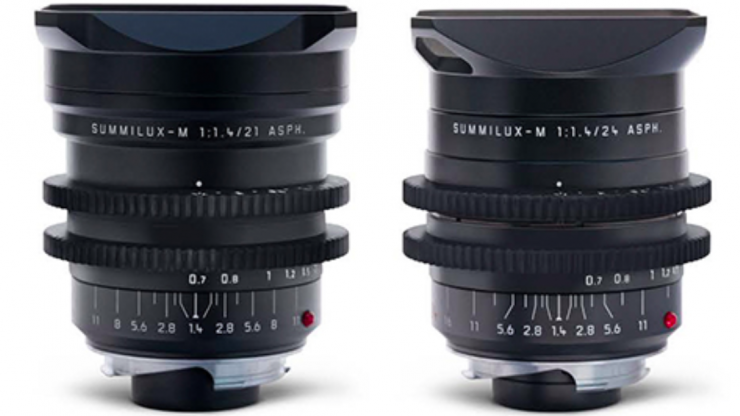 The lens announcements are coming thick and fast. Just one day out from the start of IBC, CW Sonderoptic, the sister company to Leica Camera, has just announced the new Leica M 0.8 lenses. If you haven’t heard of CW Sonderoptic before, they are responsible for manufacturing the Summilux-C (T1.4) and Summicron-C (T2.0) lenses. The Leica M 0.8 lenses bring the iconic look and character of Leica’s legendary M glass directly from still photography to the digital cinema world. 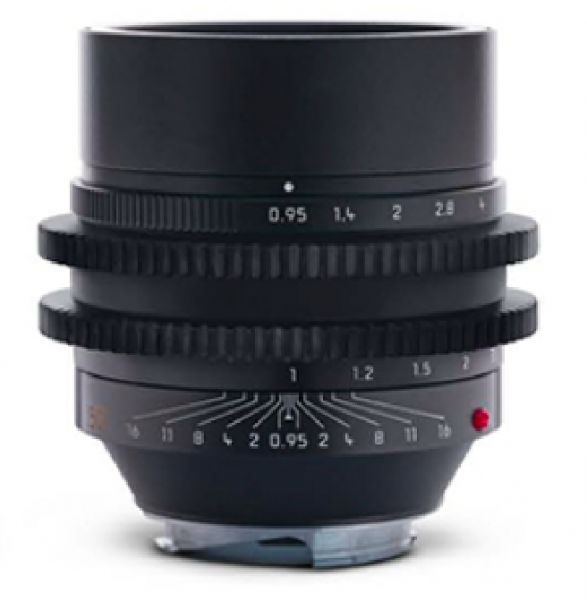 The Leica M 0.8 lenses retain all the classic image characteristics of the regular Leica M lenses, but feature a smooth iris rotation and larger 0.8 module / 32 pitch gear rings for focus and iris. Redesigned mechanics allow them to work seamlessly with traditional cine accessories such as follow focus and FIZ systems. They will be purpose-built, assembled and calibrated on the regular Leica M line at Leica Camera in Wetzlar.

allowing them to work with traditional cine accessories like follow focuses and wireless FIZ systems. They will be purpose-built, assembled and calibrated on the regular Leica M line at Leica Camera in Wetzlar.

The M 0.8 lenses will not come in PL, but will retain their existing Leica M mount. This is necessary to maintain the lenses compact size. RED’s DSMC2 design allows the use of their Leica M Mount on all of their cameras with interchangeable mounts, including Scarlet, Epic, Weapon 6K, Weapon 8K VV and Helium 8K. A modified OLPF will be required for RED cameras and will be available directly from CW. Adapters are also widely available for Sony E and FZ mount cameras from the Sony A7 series up to the F55.

Designed for full frame (24x36mm) sensors, the Leica M 0.8 lenses cover larger sensors like RED’s Dragon 8K VistaVision, Sony’s a7 series and the Leica SL. Smaller sensor cameras will benefit from using more of the sweet spot of the lens. The lenses small size and lightweight design will make them very useful for drone and gimbal applications.

“Where the lenses will really make their mark is in the look that they will deliver to all cameras regardless of sensor size,” said Gerhard Baier, Managing Director of CW Sonderoptic. “The character of the Leica M 0.8 lenses is truly unlike anything else in the cinema world at this time. The way they render light and the way they treat skin tones and highlights and focus roll off – they have an emotional tone that is almost impossible to put into words. We are very excited to bring this new opportunity for creativity to the industry.”

Leica lenses have long been a favourite of shooters, and there are quite a few places that have offered up cine conversions for the R series. Van Diemen Optics in the UK has been converting several Leica lenses to PL mount using variable pitch Wireform™ lens movement. These conversions cost around £3500 ($4760 US) and you needed to supply your own lens.

The lenses are expected to start shipping in early 2017 and will be available through CW Sonderoptic’s global reseller network. Current estimated prices per lens range from €5300 ($5975 US) for the 35mm to €12,000 ($13550 US) for the 50mm f/0.95 Noctilux. While this does sound like a lot of money, they are considerably cheaper than their Leica Summilux-C cousins. Full product details are available at www.cw-sonderoptic.com