At BIRTV in Beijing, Aputure were showing a super-cardioid directional condenser microphone called the V-Mic D3 that was previously announced at NAB. Aputure claim that the microphone is capable of broadcast quality audio and produces minimal noise. 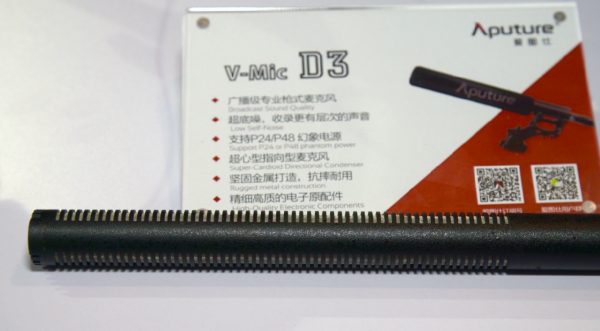 The V-Mic D3 has support for +48v phantom power and looks to be well constructed. Aputure also include a XLR cable with the mic, and the list price is $280 US. It should be available for purchase very soon.