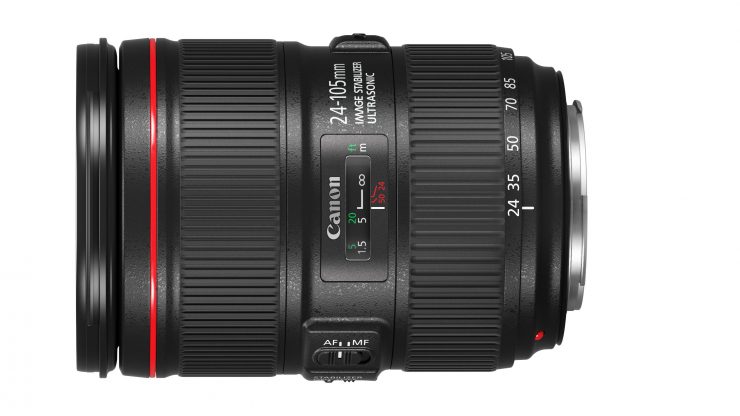 Good news for shooters: Canon have just redesigned two of the most popular lenses in their line-up, which are used extensively for both stills and video. In addition to launching the 5D mark IV, they have today announced they are releasing the 24-105mm f4L IS II USM and the 16-35mm f2.8L III USM.

Ironically, the lenses might end up being a bigger deal for video shooters than the mark IV even though on the face of it they’re the less exciting announcement. They may well find their way into more users’ kitbags. Their predecessors are indispensable – sharper, faster updates sound even better.

Both lenses have had a cosmetic makeover too, to bring them in line with the latest generation of Canon L zooms. They are both dust- and moisture-sealed with a rubber ring on the rear of the lens mount.

The previous 24-105mm is at the heart of many shooters’ kits, not just for Canon devotees but Sony users as well – especially when combined with a Metabones Speedbooster. But more recently, the lens has started to look a bit dated, especially in terms of its early generation image stabiliser, which has been surpassed on other Canon lenses. Several users – myself included – had turned to the newer Sigma 24-105mm f4 Art lens instead.

The 24-105mm has 17 elements in 12 groups and, usefully for video, a ten-bladed iris, which should in theory create better bokeh. Minimum focusing distance is 45cm. The lens weighs in at 795g and is 118mm in length. There is a latest generation four-stop image stabiliser, which could prove invaluable for news and documentary shooters. The front filter size is 77mm, the same as the predecessor, which should make it easy to swap over with your existing filters.
One oddity is that the spec sheet lists a gelatine filter holder as an option, presumably allowing old school rear-lens-mounted gelatine holders to be fitted. This is potentially useful if you want to add neutral density filters.

The lens has 16 elements in 12 groups and a nine-bladed iris. Close focus is a useful 28cm. It weighs in at 790g and is 127.5mm long. Front filter size is 82mm. Like all previous f2.8 L series ultra-wides, the lens does not have an image stabiliser – one of the main reasons why I’ve now switched to the cheaper 16-35mm f4 L IS USM for handheld video work.

I’ve not yet had a chance to test the duo so we don’t know how badly the lenses breath or whether they are parfocal. From the images, it appears that the manual focus on both is very similar to other modern Canon zooms, with a very short focus throw between infinity and near-focus.

I’m intrigued to know how these stills lens will stack up against the Canon 18-80mm T4.4 cine servo zoom in terms of image quality. The cine zoom will clearly win out in terms of operation, but the 24-105mm in combination with a Metabones Speedbooster on a Sony FS7 will be around a stop faster and similar in focal range. Hopefully we’ll be able to test them against each other when the new lens is out.