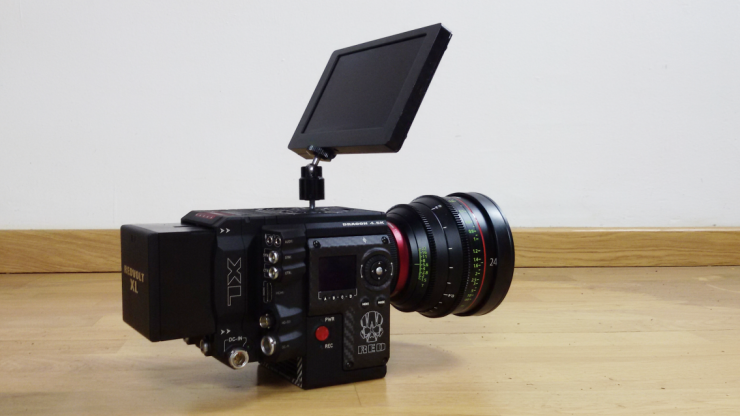 Cinemartin have just introduced VENUS, a 7 inch, 1920×1080, HDMI-only HDR monitor. Cinemartin claims the display has 700 to 1000 Nits of luminance, with 10 Bit processing (8 bit + 2 FRC) that can display up to 1.07 billion colours. VENUS has a viewable angle of 179°, contrast of 1000:1, all inside a aluminium chassis. The monitor is said to only draw nine watts and it can be powered by any DC 7~15V source. You can also power it off two Sony NP-F batteries. 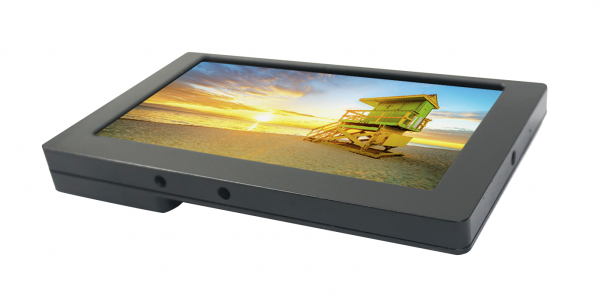 Claiming a monitor is HDR-capable is a little difficult given there are no real true regulations at the moment, however the UHD Alliance has introduced two standards: 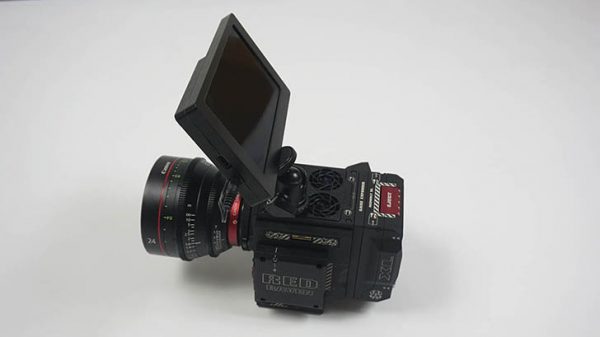 The monitor will work with RED, Sony, Canon, Panasonic, and most other camera brands. In order to provide maximum brightness the VENUS is not touchscreen. Touchscreen requires an extra layer of material depending on its type (capacitive, resistive, etc.) and effectively you lose approximately two stops of brightness. Instead there are buttons on the chassis for accessing the GUI on the rear of the monitor. This is a strange decision to put the buttons you need to use out of sight, but Cinemartin claim that this is to let the user concentrate on shooting. The VENUS has two 1/4″ 20 mounting points on the bottom, and one on the side for attaching monitor arms. 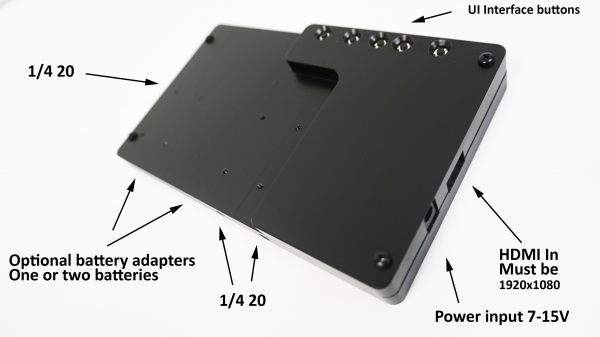 In another strange move, Cinemartin decided to leave out features such as zebras, peaking, focus magnification, waveform, histogram, and false colours. In fact the VENUS doesn’t have any display tools whatsoever. Alejandro Barrada, co-founder and developer at Cinemartin said that the rationale behind this was “Current professional cameras already provides extra video functions / applications tools like zebra, peaking, focus assist, etc. so users will only need to set their cameras to show that features, so we decided to left this functions in order to be able to provide a thinner, lighter and more affordable monitor. We produced one of the best state of the art monitors out there at the best price, considering that it is about half the price of similar high britghness quality panel monitors.” 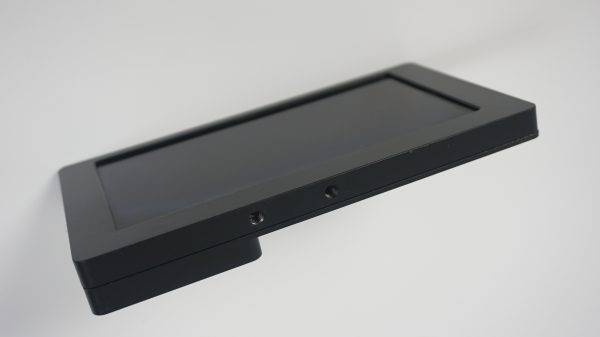 Above you can see a very badly produced demonstration video showing a outdoor comparison between a Aputure monitor and the Cinemartn VENUS.

Dimensions of the 7″ monitor are 189 x 111 x 21 mm, and it weighs 750g (1.65lbs) with two Sony NP-F batteries attached. Cinemartin have said that the retail price will be €695 ($785 US), and that price includes international shipping. They are also including two Sony battery plates and ProRes and HEVC H.265 bundle software valued at €199 at no additional cost (Cinemartin Cinec 4.0 Pro). Just to be clear this is just software and the VENUS has no onboard recording capabilities. 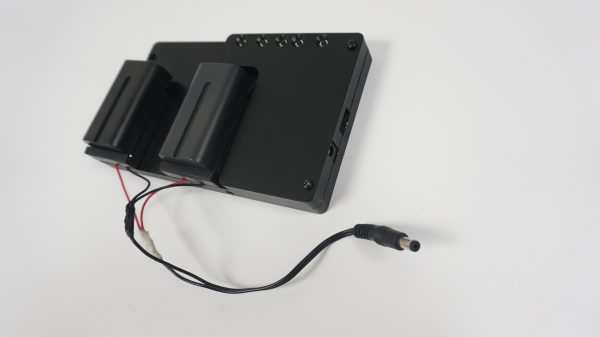 The VENUS is obviously direct competition to the Atomos Ninja Flame, but on the surface it does seem to lack a lot of its features. While it is around $400 US cheaper, it isn’t as bright as the Ninja Flame (1500 cd/m² brightness). You also don’t get built-in presets to convert popular Log formats from Sony, Canon, Panasonic, ARRI, RED, and JVC cameras. There is also no 3.5mm microphone input, or any support for custom 3D LUTs (.cube format). Also missing is anamorphic de-squeeze, custom time-lapse mode, pre-roll record, and 1080p recording up to 120 fps. On top of all this there are no monitor assist tools at all. 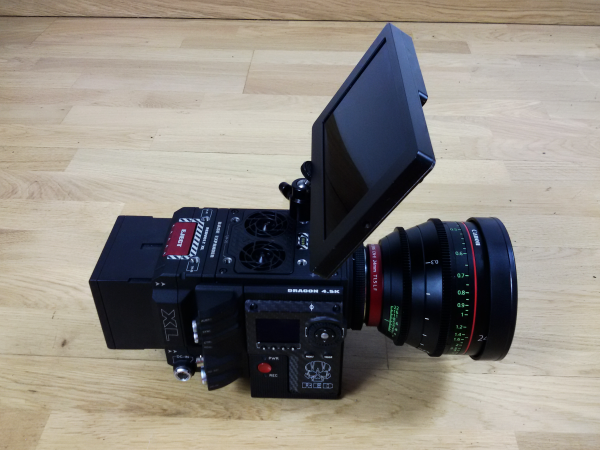 Without having seen the VENUS monitor it is impossible to say how it actually performs and what it looks like. Despite its cheaper price, leaving out monitor assist tools is in my opinion a huge mistake. It will be interesting to see if potential buyers feel the same way.

* Price does not include taxes. EU residents including UK must pay in Euros and add 21% of Spanish VAT unless a Intra VAT number is provided.