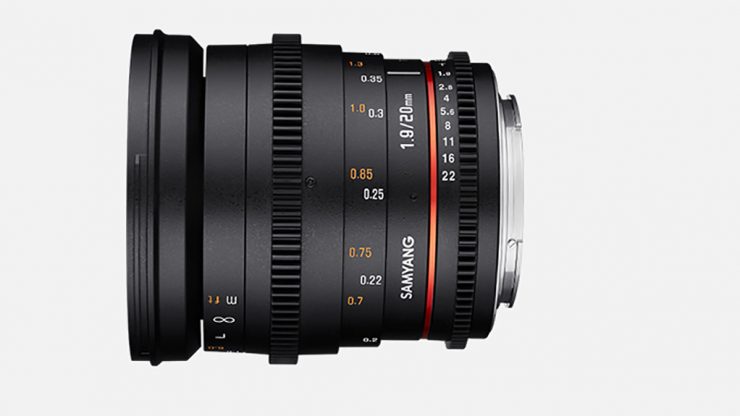 Samyang today introduced a super-fast 20mm full-frame lens with a F1.8 maximum aperture. It will come in both photo and video versions, as the 20mm F1.8 photo lens, and 20mm T1.9 cine lens. The lens joins the Samyang full-frame DSLR line, and is manual focus only, with manual iris. The cine version has smooth geared ring focus and click-less iris. The design has 13 elements in 12 groups. Two of the elements are aspherical. The lens has an amazing close focus of just 0.2 meters. A petal lens hood is also included.

The lens rounds out the Samyang DSLR lens line-up, filling the gap between the 14mm and 24mm in full-frame. The lens comes in most standard DSLR and mirrorless mounts, but the EF version is likely to be the most popular as it can easily be adapted to other cine cameras. 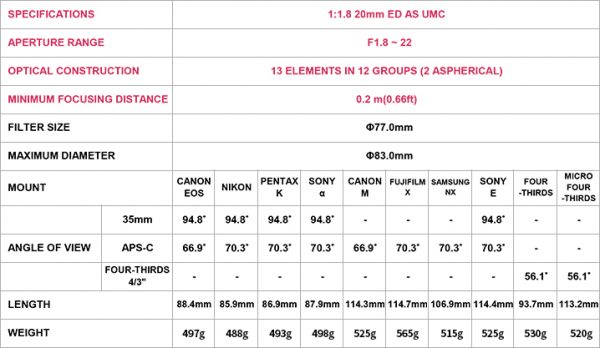 This isn’t the first super fast 20mm photo lens on the market, Sigma and Nikon already have 20mm F1.8 lenses, and Sigma also have the even faster 20mm F1.4. That said, it is great to see increased choice and a design specifically aimed at video shooters. 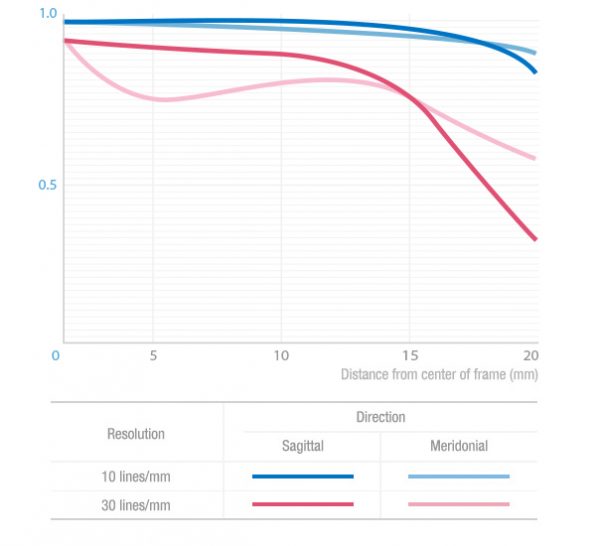