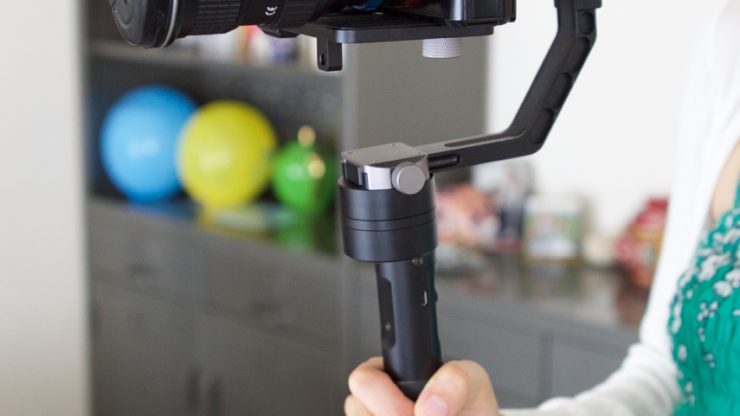 Recently I have been testing out the Zhiyun Crane – a three-axis, one-handed gimbal designed to be used with small mirrorless cameras such as the Sony a7 series, Canon M series, and Panasonic Lumix cameras like the GH4. To be honest I had never heard of Zhiyun before, and with so many other similar products out there on the market I was initially very skeptical as to how well it would perform. I have previously tried out many other similar gimbals at the major trade shows and in my opinion a lot of them weren’t up to scratch.

The Zhiyun Crane weighs in at 950g (2.09lb) and can carry payloads of up to 1200g (2.64lb). I tested the Crane with several different lenses on a Sony a7S, the heaviest being the Tokina 11-16mm (Nikon mount) with a NOVOFLEX NIK/NEX adapter. This combination weighed almost exactly 1200g and made the camera very front heavy as the lens and adapter were a long way out from the camera body. I was interested to see just how well the Crane performed with a camera/lens combination that was right at its maximum load capacity. 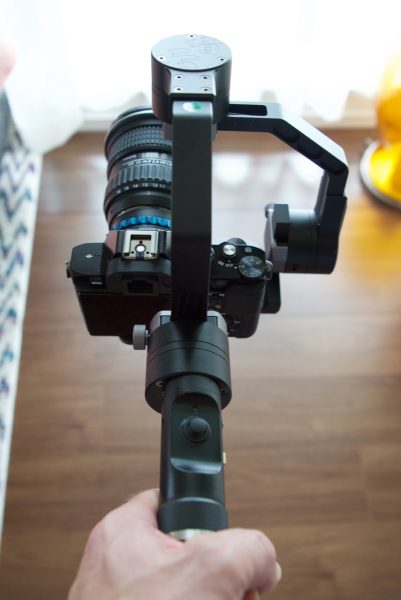 The Crane didn’t have too many problems using this camera/lens combination, only occasionally could you feel that the motors were working hard when you had the camera pointed directly out horizontally, or down low with the camera pointing up. I would say 95% of the shots I did when using it with its maximum payload were not a problem. I found that when you switched to a slightly lower than maximum weight capacity camera/lens combination the Crane performed flawlessly. 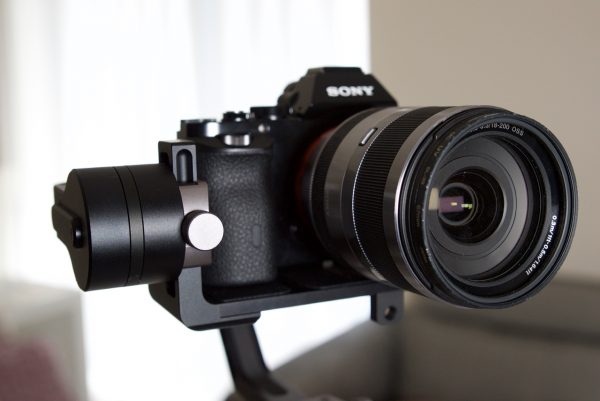 Below you can see some test footage I captured with the Crane. It performed very well when I went for a ride in an older Porsche, that seemed like it didn’t have any suspension at all! It also seemed to handle any type of walking pretty well, keeping the up and down movement well contained.

The thing that stood out the most to me was just how quiet the Crane is. Whatever Zhiyun have done with their motors and control system they have got it right. Along with the super quiet operation, the gimbal never feels like it is fighting against you and you don’t get that horrible motor vibration that is so common with a lot of gimbals. 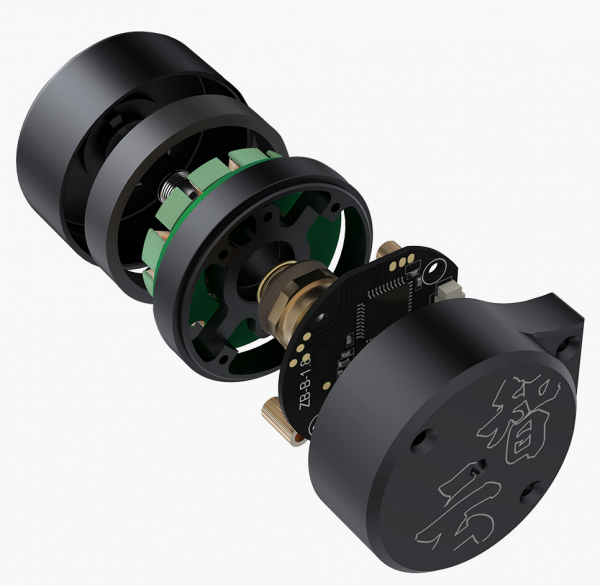 According to Zhiyun they are “Using their own developed honeycomb core algorithm and efficient motors that are supposed to allow for fast and accurate compensation if the gimbal gets bumped or disturbed.”. Zhiyun are also claiming that “The Crane is the industry’s first to achieve three 32-bit MCU’s running in parallel at 4khz.” The company also states that “The MCUs allow the gimbal to compute and control the camera to a 0.01-degree of accuracy, within 0.25 milliseconds.”. Even the frame has been enlarged five times to help alleviate any kind of shaking. 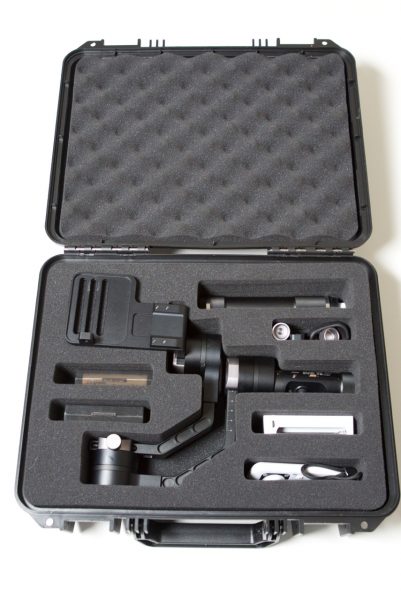 The Zhiyun Crane comes in its own small hard case and you get everything you need to get up and running. The gimbal comes with a lens support, lens support screw, camera mounting screw, micro USB cable, Li-ion battery charger, four Li-ion batteries, two battery boxes, and an instruction manual. The Crane is well made and feels solid in the hand. The build quality would certainly allow it to be used out in rough environments in the field. 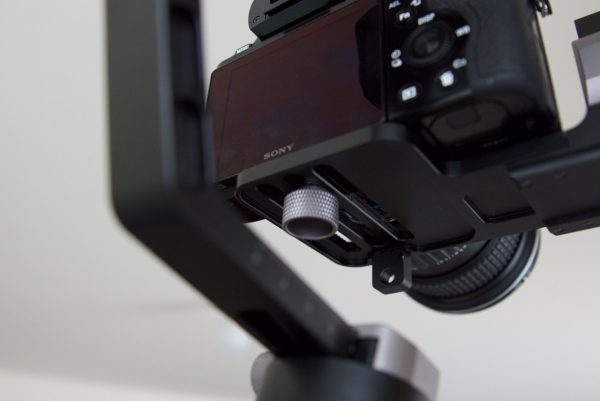 Anyone familiar with setting up a gimbal will find the Crane pretty straightforward to balance and get ready for shooting. It is completely toolless like a lot of gimbals these days and the only struggle I had with balancing the gimbal was when I was using a camera and lens combination that was right at the maximum weight capacity. The camera would often slip even when the camera mounting screw was completely tight. This is very common problem with a lot of gimbals and small camera combinations where you’re securing a camera that only has one mounting hole. 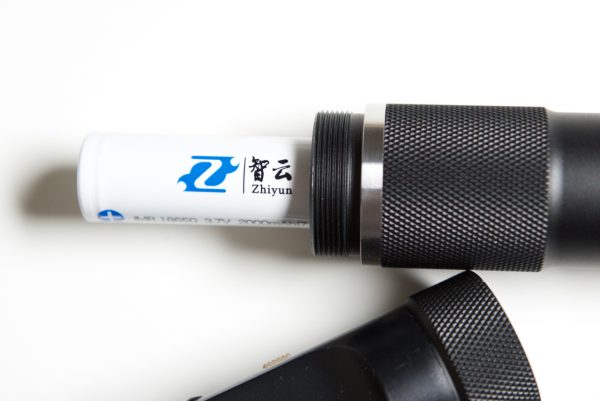 To power the gimbal you can use two of the four supplied 2000mAh Li-ion batteries. They insert into the bottom of the handle and can power the Crane for up to six hours. Zhiyun have also made the battery tray so it can take larger capacity batteries that allow the Crane to run for up to 12 hours on a single charge. Some people may find that the Crane’s handle is too long for them, but I found it easy to use after I became familiar with it. 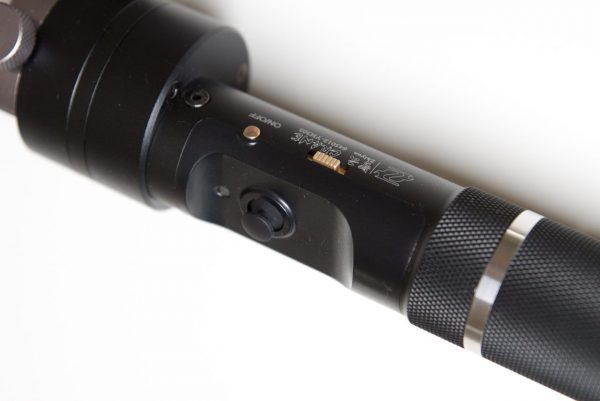 The Crane has a built in joystick on the handle and it also acts as a function button to switch between the three different operation modes:
Pan Following Mode– Pan axis (rotation left and right). This is the default mode and makes the camera follow the movement of the gimbal. You can adjust the pan and tilt using the joystick in this mode.

Locking Mode– All three axes are locked (pan,tilt and roll). In this mode you can use the joystick to pan and tilt or move left and right.

Pan and Tilt Following Mode– The roll axis is locked. Tilt and pan axis rotate to follow the movement of the gimbal. You can use the joystick to adjust the roll handle left and right.

What I liked the most about the Crane was that it features built-in slip rings that allow the gimbal to have unlimited, 360 degree rotation on all three axes. This gives the gimbal a lot of flexibility, and when you use the optional remote control and mount the Crane onto a 1/4 inch thread you can turn it into a standalone second camera that you can tilt and pan wirelessly using bluetooth. 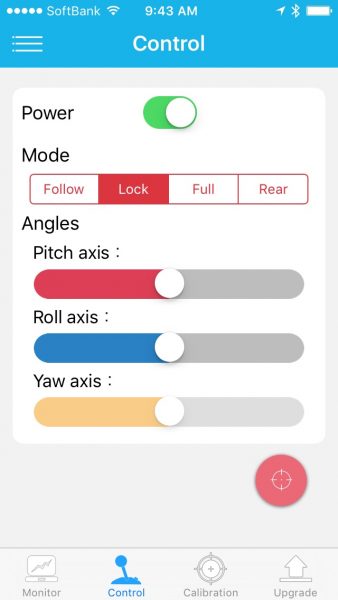 Along with the remote control there is also a free iOS app available where you can can connect, control, calibrate and adjust the Crane’s settings. Coming in a future firmware upgrade you will be able to control focus and shutter settings on certain cameras. This will be possible after connecting to the App through bluetooth. Just how this will actually work and what cameras it will work with is still unclear. 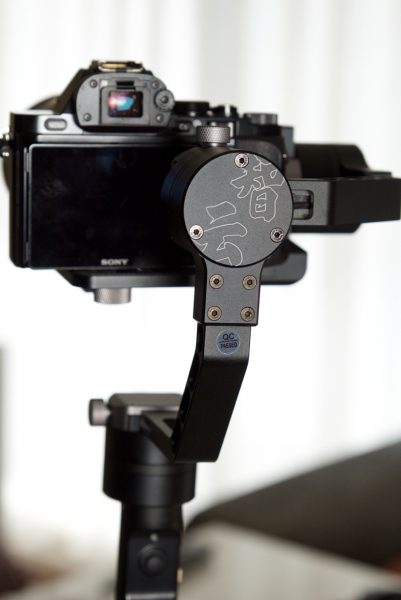 As with a lot of gimbals, seeing the rear LCD screen on your camera is very difficult and even more so when you’re using it outside in bright conditions. There is nowhere to mount an external monitor, although you could potentially put a small monitor on top of your camera, but this will extremely limit the gimbals movement and weight capacity. Not being able to see the screen easily also makes focus and composition a little tricky. I think with any small gimbal system where you’re operating without using any type of remote focus control you’re better off using a wide lens, making sure you have plenty of depth of field and set your focus out towards infinity. I tried using a 58mm lens wide open at f/2 and focus was always a little hit and miss. 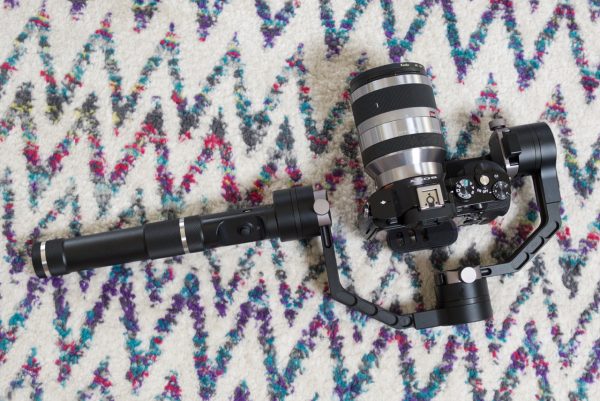 After a few weeks using the Crane, I found it to be very useful addition to my kit bag. I’m not a big fan of gimbals such as the DJI OSMO, as I just don’t think the picture quality is good enough. If I am going to use a gimbal I would much prefer to use a better camera. For those occasional shots, it is quick enough to set up and use in just a few minutes. I also like how you can lay it down on the ground when you’re not using it, then just pick it up, turn it on and start shooting. Most importantly it was reliable, produces good results and is super quiet. With the optional remote control, it gives you the great ability to quickly set up a second camera angle somewhere without having to go to too much trouble. 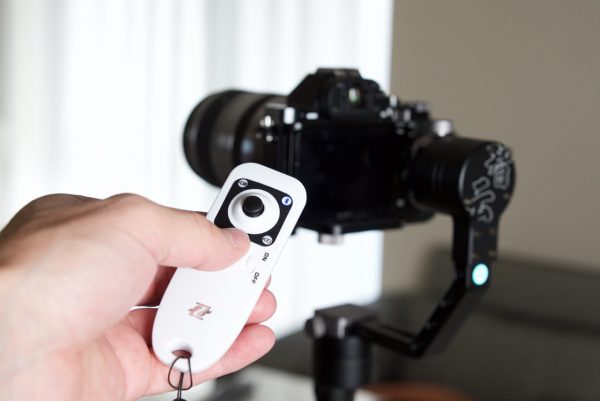 If you’re looking for a small, relatively compact one-handed gimbal for your mirrorless camera, the Zhiyun Crane is a good option. For around $599US it offers pretty impressive performance that won’t break the bank. For more information you can head over to the Zheyun-Tech website.