Teradek are one of the best-known names in wireless monitoring and today they have unveiled their latest generation of transmitters. The new Bolt 1000 and 3000 are zero delay wireless video systems that can transmit 1000ft and 3000ft respectively. The images transmitted are visually lossless in 4:2:2 with less than 0.001 seconds of delay. Both units support both SDI and HDMI connections.

They are designed to work under extreme conditions and offer speedier reconnect times following a dropped signal as the transmitter goes out of range – slow reconnections plague a lot of wireless video systems. Teradek claim reconnection is now ‘instantaneous’ when the unit comes back into range and I’m curious to see what that looks like in practice.

Also new in the 3000 model is an option to work over 20MHz channels. This part of the spectrum allows the operation of twice as many Bolt systems at the same time in the same location without interfering with each other. It is also claimed to offer a more robust wireless link in challenging RF conditions. On the downside interlaced, PSF, and 1080p60/50 frame rates are not currently supported at 20MHz. 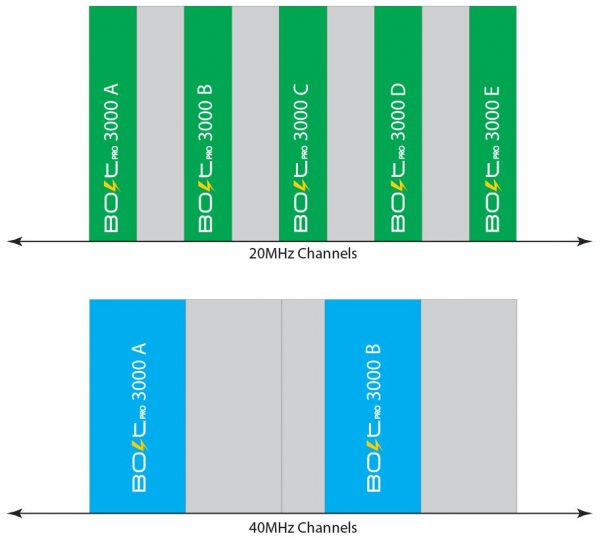 The 1000 and 3000 transmitters are 20% smaller than the previous models but are still ruggedly built. In addition they have improved resilience in high heat conditions.

The Bolt 1000 starts at $5490 US and the Bolt 3000 at $9490 US. For more information visit the Teradek website. While these aren’t the cheapest units around they do look like they will offer the kind of reliable performance that exacting directors and producers are looking for these days.

Full disclosure: Teradek is a sponsor of Newsshooter.com’s coverage.