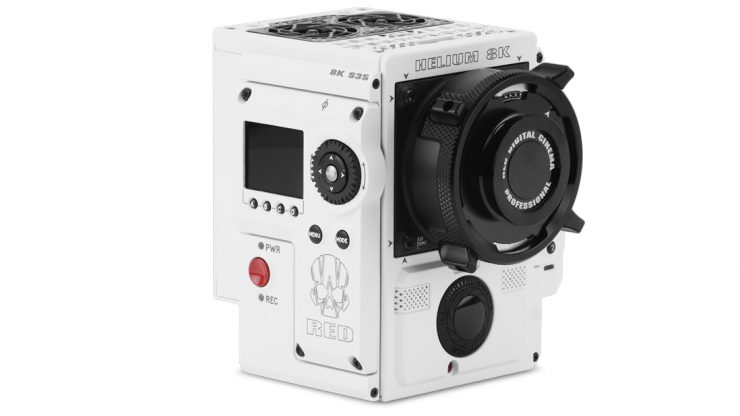 The RED Weapon with Super 35 ‘Helium’ 8K sensor is due to ship in October, but you can cut the queue if you buy it now for $59,000 US, according to RED Digital Cinema’s President Jarred Land who posted this in the RED user forum: 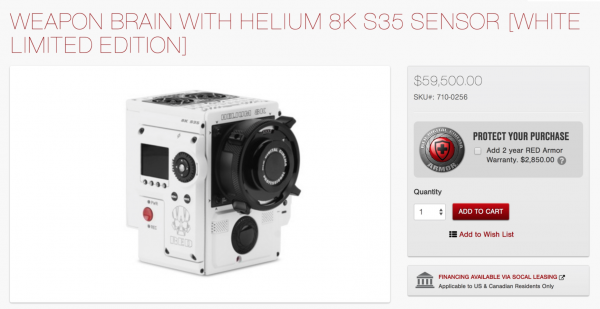 The limited white Helium Weapons 8K s35 will be $59k but that is a one day only thing tomorrow and they will ship tomorrow. No deposits, no reservations, and no waiting. 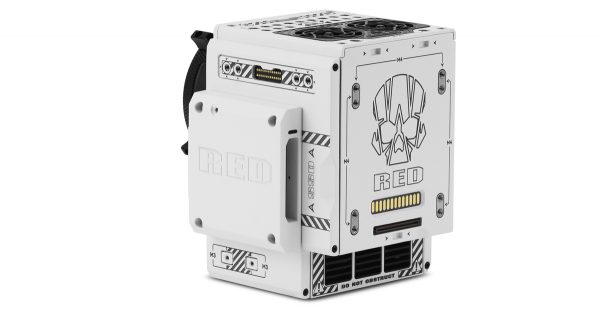 They will likely go fast at which point all the rest of you can all just pretend this didn’t happen and forget about all this Helium nonsense till October 🙂 UPDATE: The cameras sold-out in approximately 10 minute.

We were tipped off by this Twitter post by Joe Marine showing off those fancy all-white paint jobs: 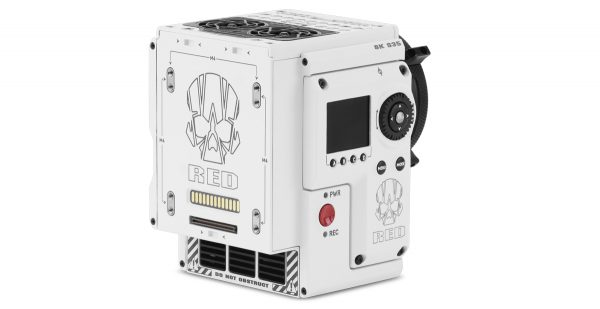 There has previously not been any date announced for the release of Helium, but Jarred Land has stated in RED’s July update on the Red User Forums that it will be available in the “coming weeks for those that know where to look.” Now you know where to look!

Tempted? Let us know below…