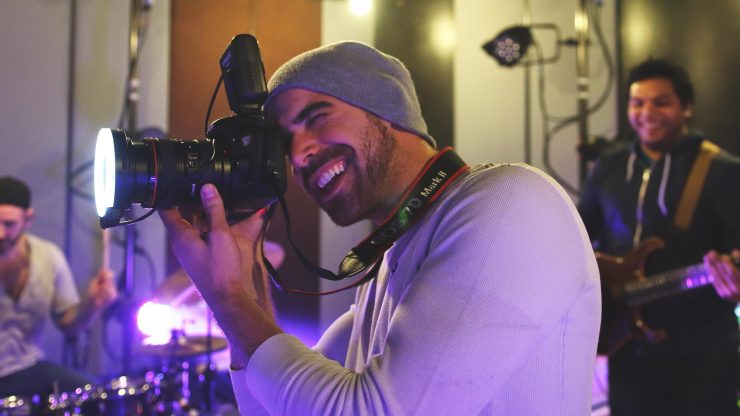 Rode have announced the lucky winners of this year’s My Rode Reel film competition. Judged by a panel including Shane Hurlbut, Rodney Charters and Philip Bloom, this year’s winners are:

There were also a host of other category winners, and we caught up with Best Documentary winner Alex Wohleber via email. His short film The Guitarist features Misha Mansoor of the band Periphery reflecting on the importance of his instruments in his life. We’re as guilty at Newsshooter of bigging up expensive gear as anyone else but refreshingly the bulk of the piece was shot with a camera a lot of our readers will know and love…

I know some people may snub their nose at a 7D, but I it made me learn to stay within the tight limitations that camera had. I’ve seen people do amazing work with DSLR cameras and I was always more concerned about what I wanted to create and not so much on what I had to create it with…

I bought the Canon EOS-1D X Mark II as soon as it was released and so far I am loving that beautiful 4K footage and 14fps photography. That is now my main camera. I’m just a sucker for DSLR’s I guess and shooting with a 1 series Canon so far has been awesome!”

The footage in the finished piece was shot over a long period while the band was on tour. Alex was also producing a BTS documentary and social media spots for Periphery, so he had great access over many different shows and was able to collaborate with his subject to get the material he needed.

“It was in Glasgow, Scotland when Misha and I finally sat down and had a candid conversation which became the narrative for Guitarist. I wanted to get the interview done early on in the tour so I could keep my eyes on what to shoot and what would help visually enhance the narrative.

I remember getting to the venue, Koko, in London and thinking this is going to be a great venue to film at. So Misha and I spoke before the show and I had Misha turn towards me at different moments. I even marked up his set list so he knew where I would be to help get certain shots I wanted.

I made sure to get my wide shots there and other little things as well. The shot where he turns away and it syncs with him turning in his chair at home, was an idea I had, and actually worked… Everything else was pulled from various shows throughout the year.”

Filming live shows can be tough – you don’t get the chance to do things over – but it’s a good sort of tough.

“I think the challenging (and fun) part of being on tour and filming shows is the constant change in lighting, movements, and location. So pretty much every exciting shot is an organic moment, and that’s what is so fun!”

So congratulations to Alex and all the other winners – just goes to show you don’t need the newest, fanciest camera to win awards and (most importantly of course) make good work!