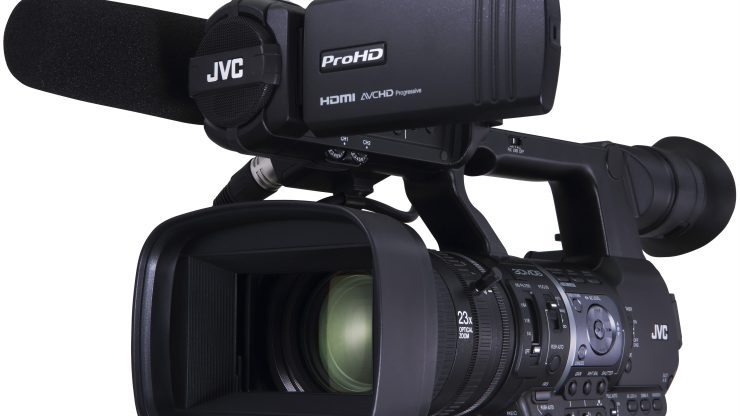 JVC has released version 1.02 firmware for its GY-HM660 ProHD mobile news cameras. The firmware gives users two channels of Interruptible foldback (IFB), one for the camera operator and a separate feed for the talent. This allows news teams to communicate with the studio while streaming live HD reports from the field. While this may not sound that significant at first glance, this new firmware makes the GY-HM660 the industry’s first streaming camcorder with integrated IFB audio channels.

For news organisations running on tight budgets the GY-HM660 ProHD is a very cost-effective solution for covering breaking news or live events.

The GY-HM660 is a replacement for the GY-HM650 and features three upgraded 12-bit CMOS image sensors that JVC claim improve sensitivity. It also comes with a brighter 3.5-inch LCD display for better daylight viewing and a 23x zoom wide angle lens. For more reliable streaming, the camera comes with SMPTE 2022 or Zixi forward error correction (FEC), automatic repeat request (ARQ), and adaptive bit rate control. Integrated support for RTMP (Real Time Messaging Protocol) allows a direct connection to a number of content distribution networks, such as Ustream and YouTube. Transmission at selected resolutions, bitrates and formats is possible independent of the recording mode. You can chose to stream in 1920 x 1080 (3, 5 or 12 Mpbs), 1280 x 720 (1.5 or 3Mbps) or 480i (0.8, 0.2 Mbps).

The new firmware is available to download through the JVC website, the upgrade is free to all current GY‑HM660 owners.