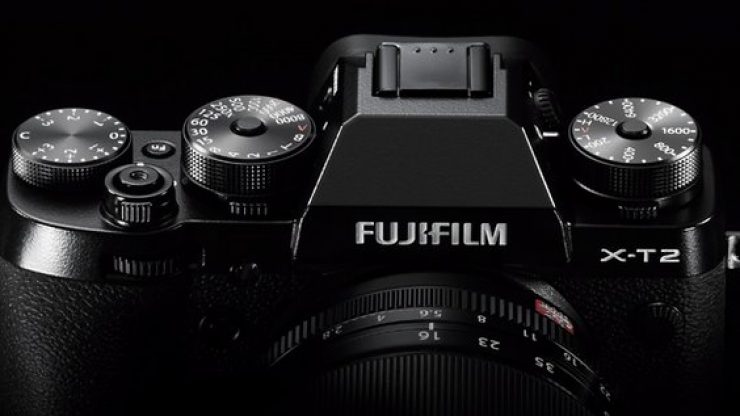 Fujifilm have just announced their new X-T2 compact system camera. As expected it brings UHD 4K video to the Fuji APS-C sensor lineup and it seems that the manufacturer is finally taking video functions seriously.

The X-T2 can shoot UHD video at up to 30fps at a maximum data rate of 100 Mbps and it also has a clean HDMI output for external recording and monitoring. It can also shoot HD video at 60fps. There are no faster framerates for slow motion. The full width of the sensor is used for recording so the frame size should be similar to Super35. 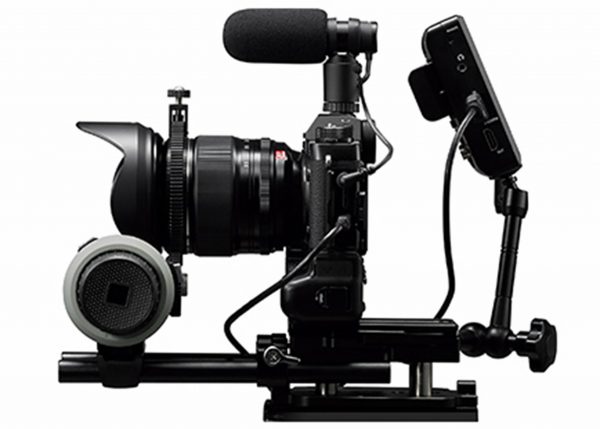 The big downside is that recording times are limited to 10 minutes in UHD when running on internal battery (15 mins in HD) – probably due to concerns about overheating. This is improved to 29 mins when using Fuji’s VPB-XT2 external battery grip which uses two extra batteries (in addition to the internal one). You can also run the X-T2 off an external USB power source, but there’s no information on how this affects record times when used.

Like some other recent cameras the X-T2 uses a full sensor readout which it then downsamples to create the 2160p video image. This should mean there is less moire and aliasing. The HDMI output is 8-bit 4:2:2.

Just how good the image quality is remains to be seen, as does the degree of skew from the rolling shutter. Another interesting point is that the X-T2 uses Fuji’s X-Trans array sensor technology instead of a regular bayer pattern design. This could mean a better video image though again we’ll have to wait and see.

In video mode the recording is triggered using the camera’s main shutter release which is great to see (Sony please take note). There is also a remote jack and mechanical threaded release socket which might add some interesting ways to trigger the camera.

The camera has dual memory card slots although it’s not clear whether you can record video to both at the same time. It can also use SDXC cards of the newer UHS-2 type. 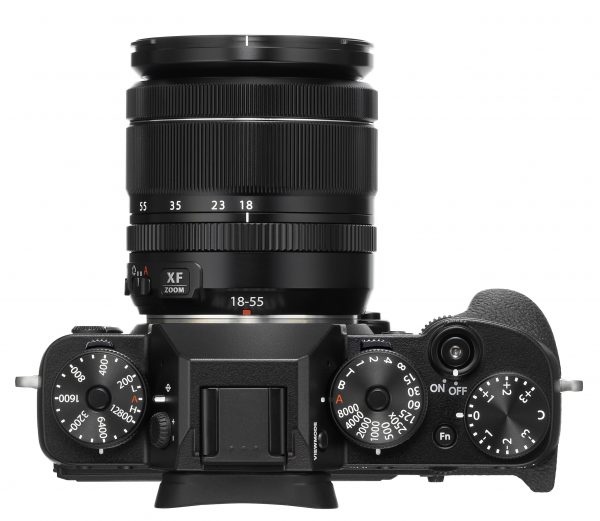 Fujifilm’s camera have a loyal following among stills photographers and this is largely due to the company’s excellent colour options. The X-T2 allows you to use all the camera’s baked-in Film Simulation modes for video – which could be useful for less experienced shooters who don’t want to grade footage, or for news shooters who want to publish their video immediately. In addition there is also a new log curve called F-Log which I assume it similar to other makers’ log curves.

Audio is catered for with external mic minijack input. Levels can be manually adjusted via the camera menu and access to this can be assigned to a custom button. There is no headphone jack on the body but oddly Fuji have chosen to add it onto their power grip instead. 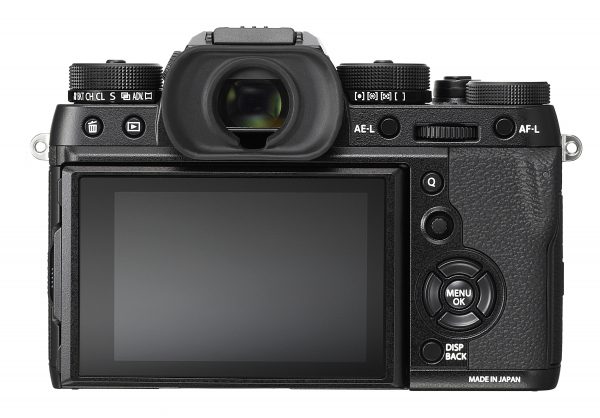 The camera has a 2.36M dot OLED EVF which should be good if it is similar to previous Fujifilm ones. The LCD screen on the rear articulates. The displays have focus peaking and zebra functions, but there is no word on whether you can magnify the image to check focus while recording.

Fuji have a nice range of lenses for the X-T2, with several fast primes and zooms at attractive prices. Autofocus for video is another unknown at this stage – hopefully we’ll be able to test soon. One thing we do know is that the camera does not have a touch screen. 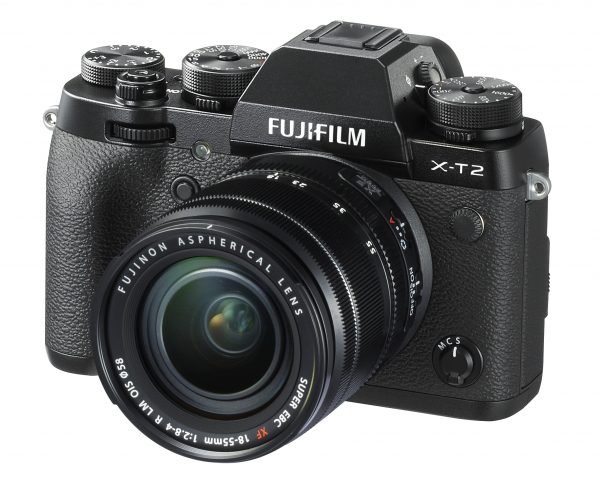 There are also many third party adapters to add other makes of lens. Unlike the a7S II and a7R II there is no in-body stabilisation for video shooting, Fuji preferring to rely on in-lens stabilisation. For now this remains a big advantage for Sony.

For the occasional user, or professional who primarily wants a stills camera, then on paper the X-T2 looks like a good option. It does however have a few hardware limitations for users looking to use it for news and documentary work – especially the record time limit. Of course the image quality is as yet untested and if it is significantly better than the Sony a7 range then it may still be a worthwhile choice.