I finally got the chance to shoot a little test on the FS5 with the CBKZ-FS5RIF RAW upgrade key ($600 USD) in firmware v2.0. I recorded it on an original Atomos Shogun at 24fps DCI 4K with an S-Log 3 profile. The lens used was a Canon 24-105 f/4 on a Metabones Speedbooster T, making it an f/2.8 equivalent. I shot with Auto ND on at +1.5 exposure correction.

This was relatively low light and to expose the sunset properly I had to underexpose the shadows. Only a few shots at the end have no ND applied. 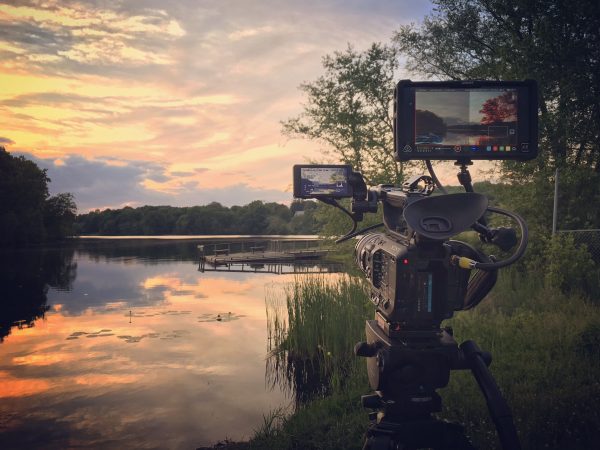 I only had 30 minutes to test, but the sunset was lovely. It’s clear as day that the converted Raw holds much more picture information. Try as I might, the same shot shot at the same time in the internal XAVC just didn’t have nearly as much detail in the shadows as the Raw did. It wasn’t even close. However that comes at the cost of noise. I suppose it’s like Raw recording on a stills camera; you have to process out the noise in post to your own liking, which can get rid of detail. As you can see there is a fair amount of noise in the converted-from-Raw ProRes shadows. I had to knock the shadows down to get rid of them.

The other surprise is how good the XAVC-L internal recording looks in a scene like this. I was very surprised. It doesn’t have as much picture detail but it’s quite clean; it’s obvious FW 1.11 fixed this camera’s faults. When pixel peeping on a massive screen, there is definitely more picture detail in the converted RAW footage as compared to the XAVC-L. But given the much higher bitrate this is to be expected. 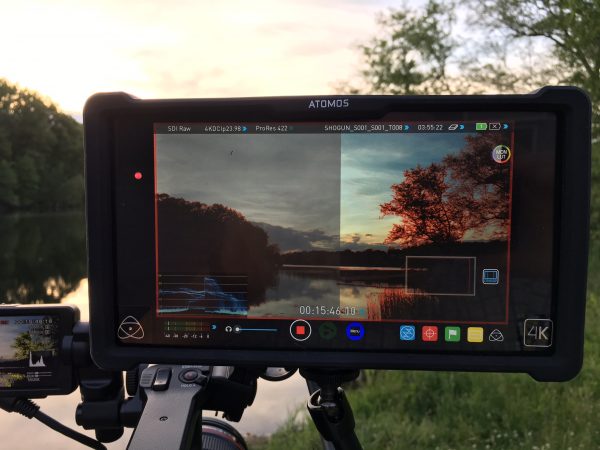 Consider also that the regular Atomos Shogun only records up to 30fps. If you have a Shogun Inferno or an Odyssey 7Q+, you can actually record up to 60fps in 4K with this upgrade, as well as bursts of four seconds at 120fps in 4K (even the FS7 doesn’t do that), and 240fps continuous 2K. None of this is available with the model of Shogun I was using.

Overall I’d say you probably don’t need this upgrade unless you need a lot of detail or the aforementioned high frame rates in 4K. The internal XAVC, which was heavily graded with a ton of saturation added, looks just great. In fact it is less noisy. On the other hand, the Raw offers more picture detail and can be pushed further without falling apart. Also, while noisier, the noise is ‘clean’ grain-like noise (it looks green here because I boosted the saturation 200%), whereas the internal codec starts to macro block.

The Raw upgrade turns the FS5 into an FS7, image wise and beyond. And it’s cheaper than an FS7, including the recorder, but not by very much. It’s very close though. I don’t know. And keep in mind… I’ve never shot any FSRaw before so this is my first experience.

For more information on my experiences using the Raw upgrade and how to go about installing it head over to Anticipate Media.