Canon’s K-35 prime lenses have a bit of a reputation with cinematographers. The 70’s lenses were used in films like ‘Aliens’, and more recently on ‘Her’. They have a look all of their own and the prices of these lenses has skyrocketed on the used market in recent years. 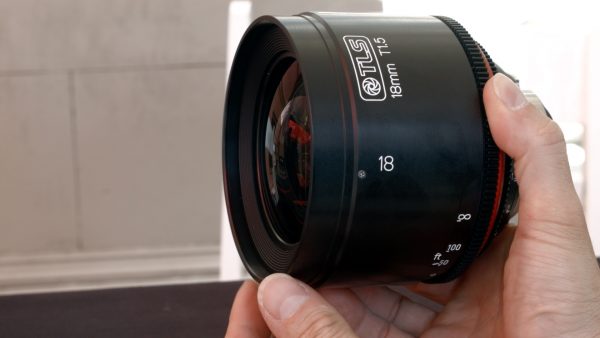 The biggest problem with them is that the focussing can be tricky thanks to the original design’s short throw and a ‘loss of motion’ when using focus motors. ‘Her’ had several focus issues that have been attributed to the use of the lenses.

UK lens specialists TLS have decided to solve this and give the ageing lenses a new lease of life. At Cinegear they were showing three completed conversions for the 18, 24 and 35mm lenses. The rest of the set will follow in time. The conversion opens up the focus and gives the lenses a more modern appearance.

The final price of the conversions won’t be cheap, but the cost isn’t the biggest barrier – you will need to supply a set of your own K-35s to TLS to be converted and they aren’t easy to find.