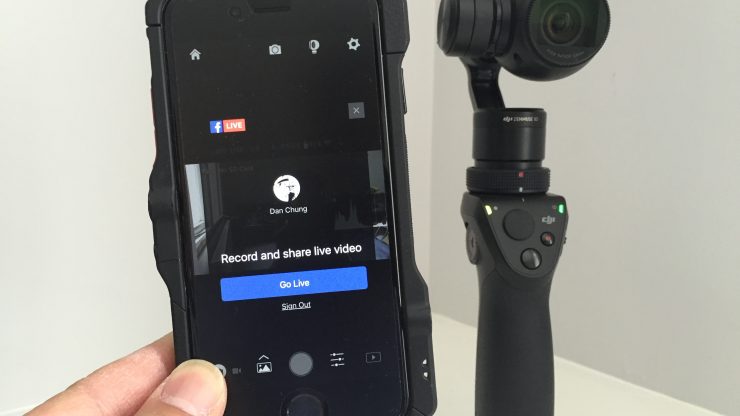 DJI have just added support for Facebook video to their DJI Go iOS app. This means you should now be able to stream live from the company’s Inspire, Phantom and Matrice drones, as well as the Osmo handheld gimbal and camera.

This is a significant move that will please many news organisations and vloggers who have embraced Facebook’s platform.

Of course, I had to rush out and test this right away. Below is a short test Facebook video from the OSMO. From the comments of my followers it seems that the stream quality was very good and the audio wasn’t too bad either – especially considering it was just from the internal microphone and I have an annoying cold. The iPhone that the app was running on was connected via 4G on the UK Three network. It will be interesting to test this in a real live news environment soon. 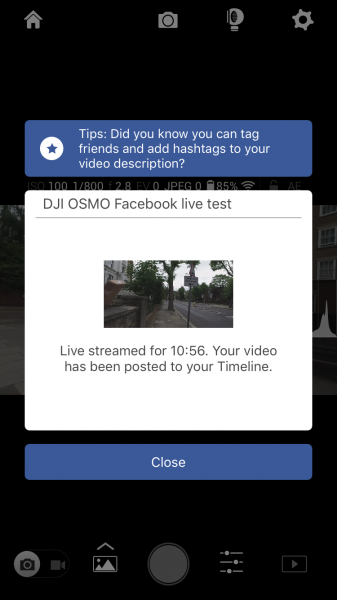 You can download the new version of the DJI Go iOS app here.