At NAB 2016 I talked with Brian Valente from Redrock Micro about his companies new products that can be used by solo operators or larger crews. Redrock Micro originally showed their Halo follow focus tracking system last year, and after listening to feedback, they have now come up with a small system called Halo Solo. Solo has been designed as the name suggests for the solo operator who doesn’t have the luxury of having someone else available to run the system. Unlike simplistic autofocus, Hālo Solo is uniquely designed for motion. It allows the operator to have complete control over how subjects are tracked and you can use as much or as little automation as you want. 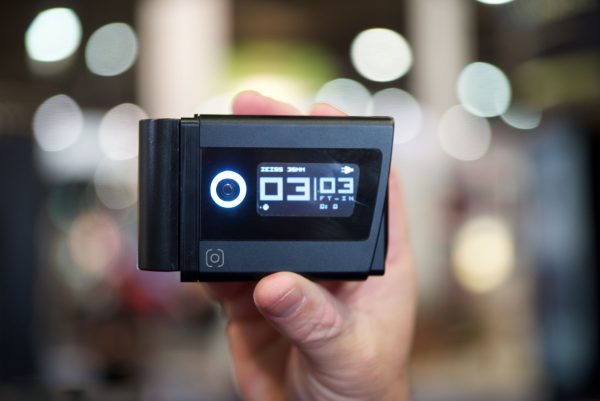 Redrock Micro are quick to point out that Solo isn’t replacing the original Halo, it is just another version of it. Halo Solo can be powered by a Canon LP-E6 battery and looks to provide a very compact focus tracking system for single shooters or small crews.

The Atlas motors that work in conjunction with the Halo Solo system are unique as they have the wireless receiver module built inside so they can be completely self contained. The motors along with having the traditional wireless capability also have wi-fi built inside. By using the wi-fi function along with a free iOS app you can configure and control the Atlas motors. This gives budget shooters the option to remotely control focus off a smart device without having to purchase a wireless follow focus controller. 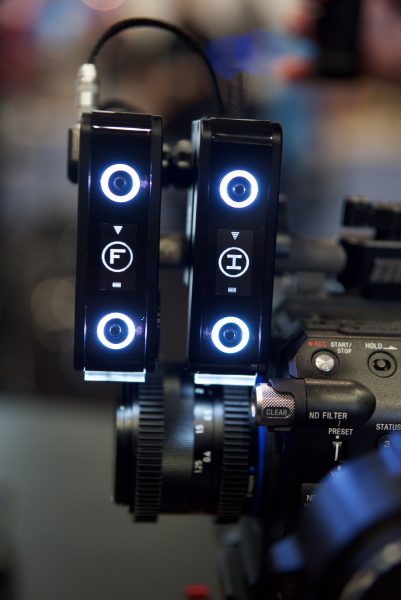 The design of the motors was very clever, and not only were they stackable so you could build up a complete FIZ (focus,iris, zoom) system, but they also featured easy to see status information right on the unit itself. All the information and brightness of the display could be configured remotely via the app. 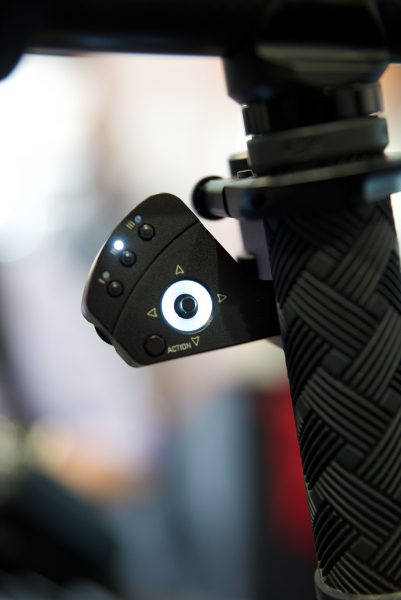 Redrock Micro were also showing a new Navigator Command Module 7-in-1 grip which expands on their popular finger wheel controller. The Navigator grip allows for complete control of focus, iris and zoom. The control panel on the front of the unit allows for 3 presets, so you can control the zoom, as well as pan and tilt gimbals from DJI and Freefly.

The Navigator grip also allows you to control another product called Orbit, which is a clever device for using a monitor or a gimbal. Orbit is motorised and it automatcally moves up and down so it is always facing you regardless of whether you have your gimbal down low or up high.