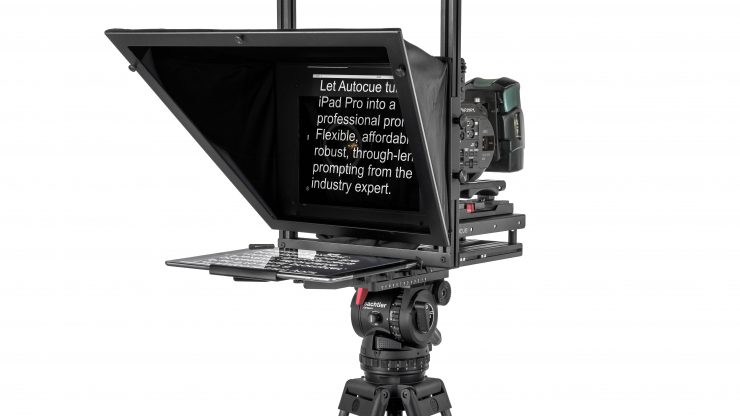 I’ve used various tele-prompting systems and apps on iPads over the years, and while they have worked reasonably well, I’ve always found that the small size of the original iPad made them hard to read when your subject was placed at any reasonable distance away from the camera. With Apple’s new iPad Pro 9.7” and the 12.9” versions, this problem is now easier to solve. Tele-prompting company Autocue has some good solutions to work with the new iPad Pro series. Their existing Starter Series iPad Teleprompter is well suited for the 9.7” iPad Pro, while the latest advance to the Starter Series is designed specifically for Apple’s 12.9” version. According to Autocue, the iPad Pro 12.9” Teleprompter provides an affordable, through-the-lens prompting solution which is perfect for broadcast and video professionals looking for a robust solution to prompt on location. 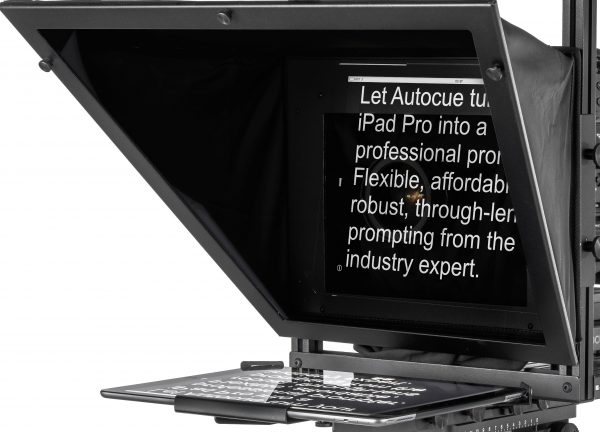 The Autocue iPad Pro Prompter turns the 12.9” Pro tablet into one of the industry’s first through-the-lens mobile prompting solutions with readability up to 15 feet. It also allows the Autocue iPad Pro 12.9” Teleprompter user to control the speed and direction of the prompter using an optional wired control, or through your iPhone or iTouch device. 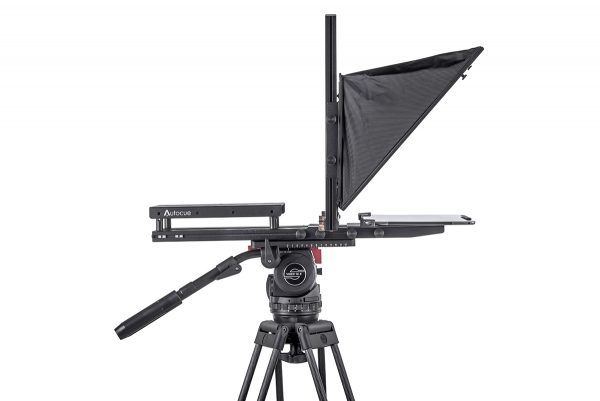 The iPad Pro 12.9” Prompter offers support for full-sized ENG broadcast and digital cinema cameras with lenses up to a 4.2mm focal length (on 2/3 inch cameras) and diameters of up to Ø300 mm. This makes it a very flexible and capable solution. According to Autocue it has been designed to be fully adjustable and collapsible, and the unit can be transported quickly and easily. There is also a optional carry case and controller accessories.

You can easily use existing software apps available from the App Store and there is also support for both Mac and PC QStart software so the iPad Pro 12.9” Teleprompter can be used in a traditional teleprompter workflow. This can allow the extending of the desktop to the iPad, giving the option to have a dedicated teleprompter operator.

The Autocue starter series for the new iPad Pro tablets looks to be a good solution if your need a portable, robust and professional tele-prompter. The Autocue system is not cheap, the Starter Series iPad Pro 12.9” Teleprompter Package retails for £1199.00 ($1700US). The Starter Series iPad Teleprompter Package that will take the iPad Pro 9.7″ version is £999.00 ($1425US). The thing to keep in mind is that these are designed to work with large cameras and tripods. Autocue has cheaper solutions available if your using small compact cameras and light weight tripods. 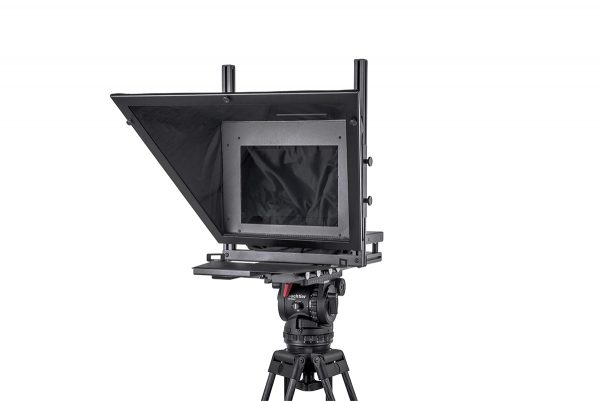 This from Autocue
“With the rise of tablets, we have seen smart devices get adopted in video production. For teleprompting, the original smaller tablets are only useful for short distances such as five or six feet. The 12.9” iPad Pro represents a coming of age for the tablet as far as prompting goes. It provides a larger screen and better resolution which opens up the tablet’s use to a greater variety of situations,” said product manager Robin Brown with Autocue.