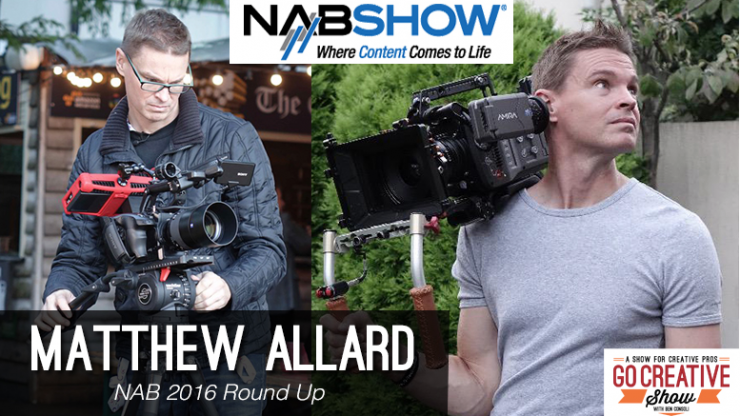 On this week’s Go Creative Show, I join host Ben Consoli to talk about all the news from NAB 2016. Ben and I discuss cameras, lenses, grip gear, gimbals, drones, HDR, virtual reality – and that’s just scratching the surface.