At NAB 2016 I spoke to Connor from F&V about their new Z400S Soft 1×1 LED panel. The internals of the light are different to those of previous F&V 1×1 lights, allowing for a more efficient and greater power output. F&V claim that the new light has twice the output of their previous panels. As the new lights name suggests, it features a built in diffusion panel to help create a nice soft source. 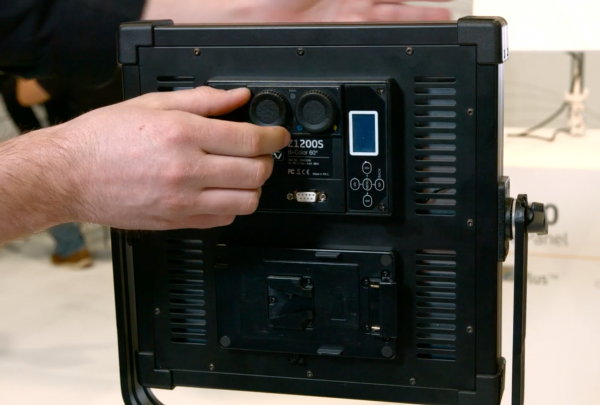 The Z400S Soft is Bi-colour and fully dimmable. F&V also say that the output of the light remains constant regardless of what colour temperature you have it set at. There also have a optional soft box available to help control the spread of light. The light also features a built in V-lock battery plate (it can also be ordered as a Anton Bauer). 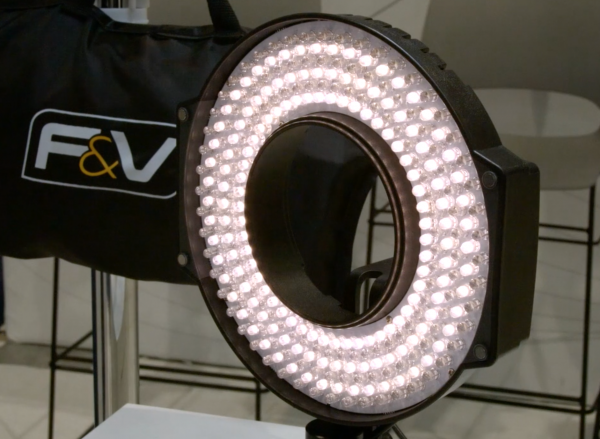 F&V have aslo made some changes to their popular R300 Ring Light. It was previously only available in either a daylight or tungsten version, but due to customer feedback the company have now made a Bi-colour version available.

I measured the photometrics of the Z400S Soft with a Sekonic C-700 and you can see those results below: 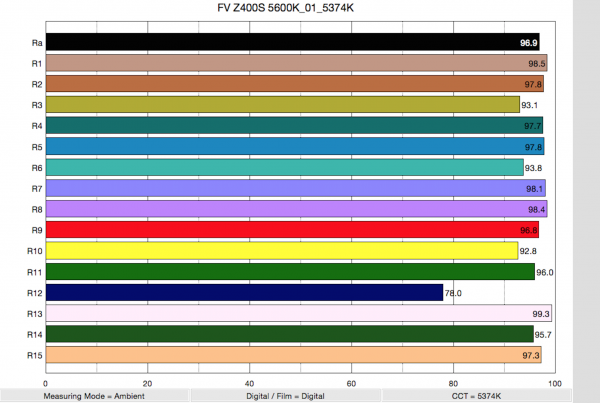 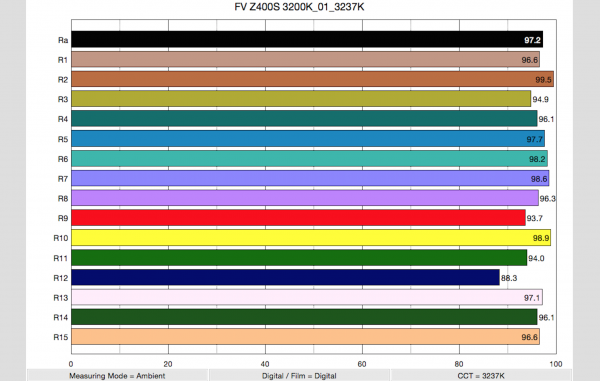 As you can see the light was extremely colour accurate when tested at both 3200 and 5600k settings. It put out 2120lx at a distance of 1 metre when tested at 3200k and 2290lx when tested at 5600k, which backs up the manufacturers claims of having a consistent output regardless of colour temperature. The light is certainly impressive given its relatively low price compared to other 1x!1 Bi-colour panels.

The Z400S Soft 1×1 LED panel will be available within the next 1 to 2 months and you can pre-order it now for around $990US. There is also a kit available that comes with the light, a softbox and a bag for $1099US. The Bi-colour R300 Ring Light will be available for $290US. For more information keep a look at http://www.ultrasoftlight.com